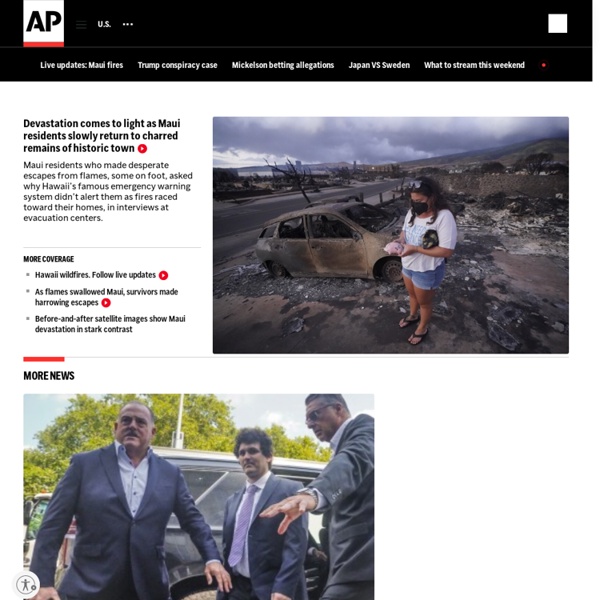 INFORMATION CLEARING HOUSE The Wall Street Journal & Breaking News US military agency invests $100m in genetic extinction technologies A US military agency is investing $100m in genetic extinction technologies that could wipe out malarial mosquitoes, invasive rodents or other species, emails released under freedom of information rules show. The documents suggest that the US’s secretive Defense Advanced Research Projects Agency (Darpa) has become the world’s largest funder of “gene drive” research and will raise tensions ahead of a UN expert committee meeting in Montreal beginning on Tuesday. The UN Convention on Biological Diversity (CBD) is debating whether to impose a moratorium on the gene research next year and several southern countries fear a possible military application.

Topix - Australia News 1 hr ago | The Age The making of an unlikely radical Hated by progressives for his role in Gough Whitlam's dismissal and his ultra-conservative foreign policies when Liberal PM, Malcolm Fraser today believes Australia should cut all military ties to the US. Trending on the Topix Network 5 hrs ago | Sydney Morning Herald The U.S. Media Yesterday Suffered its Most Humiliating Debacle in Ages: Now Refuses All Transparency Over What Happened Friday was one of the most embarrassing days for the U.S. media in quite a long time. The humiliation orgy was kicked off by CNN, with MSNBC and CBS close behind, with countless pundits, commentators and operatives joining the party throughout the day. By the end of the day, it was clear that several of the nation’s largest and most influential news outlets had spread an explosive but completely false news story to millions of people, while refusing to provide any explanation of how it happened. The spectacle began on Friday morning at 11:00 am EST, when the Most Trusted Name in News™ spent 12 straight minutes on air flamboyantly hyping an exclusive bombshell report that seemed to prove that WikiLeaks, last September, had secretly offered the Trump campaign, even Donald Trump himself, special access to the DNC emails before they were published on the internet.

ABC Australia 'I'm Scottish': Gutted Lambie to quit Senate in latest citizenship shock Jacqui Lambie broke down in a radio interview this morning as she confirmed she will resign from the Senate because she holds British citizenship, telling listeners she always thought she was "Australian as they bloody come". How your MP will vote if Australia says Yes to same-sex marriage We've asked every federal politician what they intend to do if same-sex marriage gets to a vote in Parliament. On the numbers we've gathered, both houses would pass a bill to change the law. Check out what your local member will do.

NewStatesman - Russell Brand on revolution IIn the summer of 1970, a 34-year-old Welsh artist with a shock of prematurely white hair and a thick, moustache-less goatee was asked by the Times to draw political cartoons during the general election campaign. Idealistic and mistrustful of authority, Ralph Steadman saw little that was likeable or even distinguishable in the Conservative Party’s Edward Heath and Labour’s Harold Wilson. But he had four children to support from a recently ended marriage and needed a steady income, so he accepted the assignment – and got on with causing offence. Steadman’s first cartoon for the newspaper, featuring the diminutive Mr Weath and Mr Hilson, as he named them, along with the Liberal Party leader, Jeremy Thorpe, was titled Happiness Is a Small Politician. Another used the three faces to form the undulations of a landscape, which he called The Wasteland.

World News - Al Jazeera English Below is a list of the cookies used on the current page, as defined by the URL in the address bar. You can view more details about these cookies by accessing the cookie settings in your browser and viewing the cookies. Please note that processing of your personal data in connection with cookies, and for other purposes, is governed by our Privacy Policy. In addition, we may also use web beacons (or clear GIFs) and other similar technologies in addition to, or in combination with, cookies. A web beacon is typically a transparent graphic image (usually 1 pixel by 1 pixel) that is placed on a website or in an email and it helps us to the bahavious of visitors of our website. More inforamtion on web beacons can be found at Please note that Al Jazeera has no affiliation with, and is not responsible for, this third party website.

Dispute after state authorised expropriation of farm Government has begun unilaterally expropriating farms against which land claims have been lodged and where price negotiations with owners have stalled. Two game farms in Limpopo appear to be the first properties that will be expropriated without following a court process. The owners, who dispute the validity of the land claims lodged against their property, want R200m for the land, while government has offered them R20m.

China military develops robotic submarines to launch a new era of sea power China is developing large, smart and relatively low-cost unmanned submarines that can roam the world’s oceans to perform a wide range of missions, from reconnaissance to mine placement to even suicide attacks against enemy vessels, according to scientists involved in these artificial intelligence (AI) projects. The autonomous robotic submarines are expected to be deployed in the early 2020s. While not intended to entirely replace human-operated submarines, they will challenge the advantageous position established by Western naval powers after the second world war. The robotic subs are aimed particularly at the United States forces in strategic waters like the South China Sea and western Pacific Ocean, the researchers said.

irna Public Relations Department at the Islamic Republic Army said on Friday that more than 100 of the Navy fleet, including different kinds of destroyers, missile launching navies, logistic navies, light and heavy submarines, hovercrafts, fixed wing aircrafts, and helicopters have participated in the parade. The parade covers an area of more than two million square kilometers east of Hormuz Strait, Oman Sea and north of the Indian Ocean (up to 10 degrees) and the participants in the parade exercise defense and air defense tactics to safeguard the territorial waters, while hoisting banner of the Islamic Republic of Iran. Commander of the Islamic Republic Army's Navy Rear Admiral Khanzadi had told the Islamic Republic News Agency (IRNA) on Thursday that for the first time the forces under his command will launch missiles to the air from submarines.