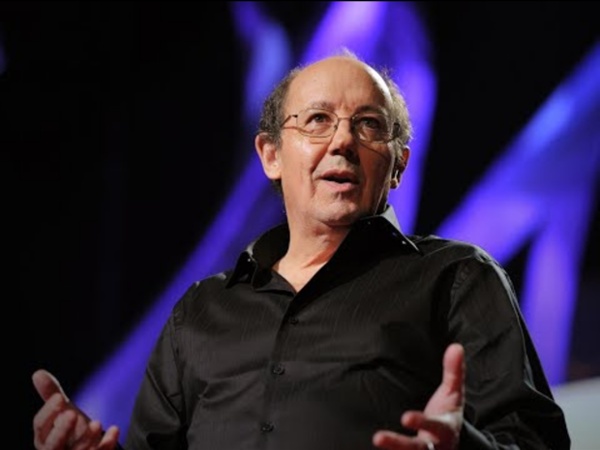 The Growth Wagon and the Three Runaway Horses A picture can convey more information than many thousand words, and this is something you can take advantage of in communication about climate change. During the climate conference in Copenhagen in 2009, the cartoon which I call The Big Hoax, which was made by Joel Pett for USA Today just before the conference, was used to express that there is no risk associated with reducing greenhouse gas emissions. What we risk is to “create a better world for nothing”. The cartoon has since reached all corners of the globe. The Big Hoax. Made by Joel Pett for USA Today in 2009.

Tony Robbins Anthony "Tony" Robbins (born February 29, 1960) is an American life coach, self-help author and motivational speaker. He became well known through his infomercials and self-help books, Unlimited Power and Awaken the Giant Within. Robbins writes about subjects such as health and energy, overcoming fears, building wealth, persuasive communication, and enhancing relationships. Poldark (2015 TV series) In the late 18th century, Ross Poldark returns from the American War of Independence to his Cornish tin mines after spending three years in the army to avoid charges of smuggling. When he gets home, he finds his father dead, his estate in ruins, and his old sweetheart Elizabeth engaged to his cousin Francis. He rescues a young woman, Demelza, from a beating, and takes her on as a kitchen maid while trying to help the people of the village and attempting to gain control of the mines sought after by his rival, the greedy and arrogant George Warleggan.

Do We Really Live In Dangerous Times, or Does It Just Feel That Way? by David Ropeik There's a dark & a troubled side of lifeThere's a bright, there's a sunny side, tooTho' we meet with the darkness and strifeThe sunny side we also may view.(The opening verse of a classic country song) It is popular among pundits and intellectuals to pontificate that people are irrational to call these the Worst of Times, the scariest, most violent, threatened days humans have ever faced.

McCann Erickson McCann is a global advertising agency network, with offices in 120 countries. McCann is a subsidiary of the Interpublic Group of Companies, one of the four large holding companies in the advertising industry.[1] McCann Erickson was named "Global Agency of the Year" by Adweek in 1998, 1999 and 2000.[2] McCann Erickson is part of McCann Worldgroup, which also includes planning and buying agency Universal McCann, direct/interactive web marketing agency MRM Worldwide, experiential marketing agency Momentum Worldwide, healthcare marketing group McCann Healthcare Worldwide, branding firm FutureBrand and public-relations and strategic-communications agency Weber Shandwick.[3] McCann Erickson was responsible for the success of The Hillside Singers' "I'd Like to Teach the World to Sing" in 1972 and was also the company that developed the "Army Strong" campaign for the United States Army. The company also developed the MasterCard commercial saying "There are some things money can't buy. Credo

Why You Should Recycle, Reuse, or Repurpose Old Tech by Natalie Shoemaker Tablets, phones, and various other gizmos were popular items on everyone's lists this year. So, now it's out with the old in with the new, right? Maybe not. Back to School Ira talks with Paul Tough, author of the new book How Children Succeed, about the traditional ways we measure ability and intelligence in American schools. They talk about the focus on cognitive abilities, conventional "book smarts." They discuss the current emphasis on these kinds of skills in American education, and the emphasis standardized testing, and then turn our attention to a growing body of research that suggests we may be on the verge of a new approach to some of the biggest challenges facing American schools today. Paul Tough discusses how “non-cognitive skills” — qualities like tenacity, resilience, impulse control — are being viewed as increasingly vital in education, and Ira speaks with economist James Heckman, who’s been at the center of this research and this shift.

Culture and Environment Preface In this article I synthesize in a highly condensed form a body of work on culture-environment relations. This work has been published over a large period of time and in a variety of places and publications. This synthesis both reveals and makes explicit many connections only implicit so far. These connections can also be stated more concisely, thus making it more usable. Since it refers to my own work, it is written in essay form with references to a list of further readings (which is also a complete bibliography of my work specifically on this topic).1 Petr Čech Petr Čech (Czech pronunciation: [ˈpɛtr̩ ˈtʃɛx] ( He joined Chelsea in 2004 and, to date, has made over 450 appearances for the club, putting him sixth in its all-time appearances list.[5] With Chelsea, Čech has won three Premier League titles, four FA Cups, three Football League Cups and one UEFA Champions League. Čech holds a number of goalkeeping records, including the Premier League record for fewest appearances required to reach 100 clean sheets, having done so in 180 league appearances. He also holds a Czech professional league record of not conceding a goal in 903 competitive minutes. In addition, he has a club record at his former club Sparta Prague, having gone 928 minutes unbeaten in all competitions in 2001–02, when his unbeaten run in the Czech first division was combined with his performances in the Champions League. Club career[edit]

Four sisters in Ancient Rome - Ray Laurence Welcome to the world of Lucius Popidius Secundus, a 17-year old living in Rome in 73 AD. His life is a typical one of arranged marriages, coming-of-age festivals, and communal baths. Take a look at this exquisitely detailed lesson on life of a typical Roman teenager two thousand years ago. Freeborn women in ancient Rome were citizens (cives) but could not vote or hold political office.