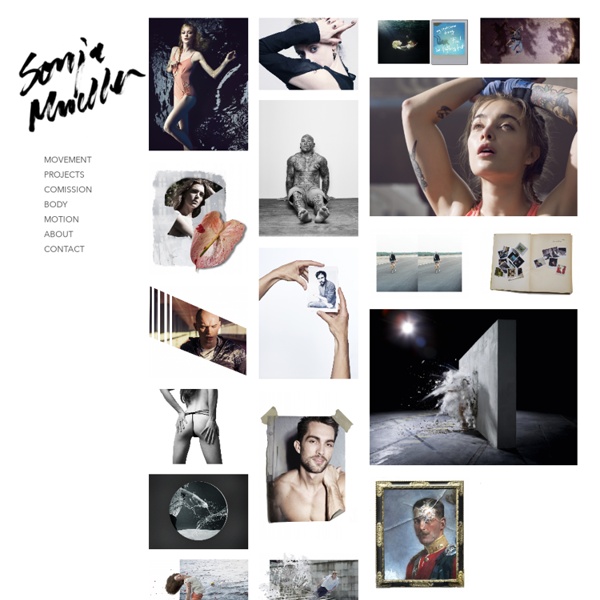 Mock, Paper, Scissors » Blog Archive » Not a Scrapbook Scrap-booking (is there such a verb?) seems so forced, and well, last-century. Next time you have a lot of pictures to work with, why not make a little booklet? This makes a nice souvenir of a special day or trip, and is a wonderful, small gift. A Mirrored Memory (8 Photos Texas based photographer, Tom Hussey reflects on his recent collaboration with the pharmaceutical company, Novartis for their ”Reflections” campaign. “Based on an earlier portfolio image, I was awarded a job for an Alzheimer’s drug called the Exelon Patch made by Novartis. The Exelon Patch helps patients maintain long-term memories during the early stages of this horrific disease. I was fortunate to be included in a lot of the early concept stages for the campaign. I knew immediately location scouting and casting were going to be very important to evoke the emotions associated with the disease.

Black and white photography by Nobuyuki Taguchi Born in 1968 in Yokohama, Japan, Nobuyuki Taguchi first began his photography back in 1991, when he was studying Fine Art in Sculpture at University in London. After finishing his MA course in 1995, Nobuyuki soon developed a deep interest in Information Technology and he became an IT professional. In 1999 he started “Digital” photography and has been spending more time on his photography since. Most Viewed Photoshop Tutorials Under Articles - Photoshop is recommended for this tutorial - Under Photoshop Tutorial, Text Effect Improve your photography with classical art. Adjusting your photographs to get the color 'just right' can be a chore. Think about this: The Old Masters of painting spent years of their lives learning about color. Why let all their effort go to waste on the walls of some museum when it could be used to give you a hand with color correction?

Create paintings from photos Did you ever wanted to be a great artist? But unfortunately you are really bad at it? Well that's ok because now with Psykopaint you can be a great artist with no skills. © Zena Holloway - Underwater Photographer & Director & LOLEG.com Красотища! © ZenaHolloway.com Sit back. Relax. Read. The Hitchhiker's Guide to the Galaxy Space... is big. Really big. You just won't believe how vastly hugely mindbogglingly big it is... Once you do know what the question actually is, you'll know what the answer means... The Hitchhiker's Guide to the Galaxy by Douglas Adams—eventually continued by Eoin Colfer after Douglas' death—started as a comedy radio play on the BBC in 1978 and expanded into a TV series, a series of novels, and a feature film. The story follows the adventures of Arthur Dent, the last human who hitched a ride off Earth moments before it was destroyed to make way for a hyperspace bypass.

100 Helpful Photography Tutorials for Beginners and Professionals Photography as both a profession and a hobby is an incredibly expansive topic that covers a remarkably vast range of subjects from science and art. No matter where you lie on the professional spectrum, there is simply always more to learn. We spent countless hours scouring the web for the best content we could find and share with you, and today we'll help you expand your knowledge with 100 photography related tutorials! Zander Olsen “Tree, line”, photos of carefully wrapped trees by Zander Olsen. zanderolsen.com via: it’s nice that

21 Sample Poses to Get You Started with Photographing Female Subjects This is the first in a series of Posing Guide posts by Kaspars Grinvalds from Posing App See below for links to the full series of posing guides including for kids, men, couples, weddings and more. Check out our new Portrait Posing eBook and Portrait Posing Printables for more advice and posing ideas. If you ever run out of ideas, get stuck in creativity or simply need some guidance when shooting female subjects, you may use following posing samples as a “posing cheat sheet”. Many pro photographers use such a technique when preparing for and during the photo shoot. The poses in this article are selected as initial reference.

88 Brilliant Examples of Forced Perspective Photography Forced perspective is a technique that employs optical illusion to make an object appear farther away, closer, larger or smaller than it actually is. It is used primarily in photography, filmmaking and architecture. It manipulates human visual perception through the use of scaled objects and the correlation between them and the vantage point of the spectator or camera. There are many ways to attack photography and some are much more expensive than others. Here in this showcase, we presenting a Stunning collection of Forced Perspective Photography and Pictures taken by various artists in which all pictures are linked to the author’s pages. You may want to explore further works of the photographers we’ve featured below.