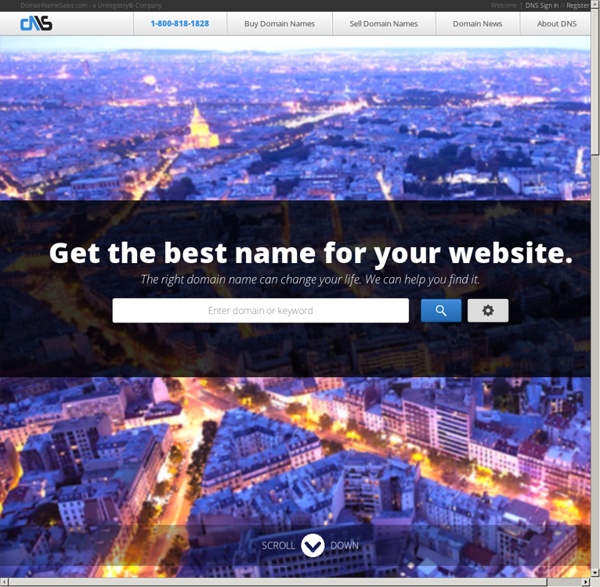 These Brands Allow Users To Design Them. How'd They Pull It Off? Branding continues to evolve at a gallop, spurred this time by advancing technology and the rise of social media. "The internet has challenged the conventions of branding,? says Simon Browning, a brand specialist at Tokyo creative agency EAT. "We believe that smart companies will shift focus from logos and CI's to actively demonstrate what they are capable of and establish innovative policies that people can align with."

Books In Movies Submit a Post Books In Movies Because reading books is still a thing. Ask! Submit! Magneto reading “the once and future king” by T.H.White Game of Thrones Pirates Break BitTorrent Swarm Record With a million downloads on BitTorrent in less than a day, the season premiere of Game of Thrones is breaking records on multiple fronts. Never before has there been a torrent with so many people sharing a file at the same time, more than 160,000 simultaneous peers. Data gathered by TorrentFreak further shows that Australia has the highest piracy rate of the popular download destinations, while London tops the list of pirate cities.

ChangeOrder: How to Conduct Post-Mortem Project Evaluations This is an extensive rewrite of a previous ChangeOrder post for my next book Design Business from A to Z—so much so I'm reposting it! The website went live last week, and the entire staff is throwing a party to celebrate! The developers are huddled in the corner with some microbrews, plotting how they'll splice into the agency intranet to add a virtual dartboard. Designers are mingling with the copywriters and account people, clinking wineglasses and bonding over the ads they saw during The Office. Yes, the job went way over budget—and the last thing your team wants to think about is who needs to take responsibility for it. Not the best time to mention that tomorrow, you're scheduling a post-mortem meeting (a.k.a. lessons learned, post future, etc.) to talk about how the project really went.

The Pirate Bay ‘Moves’ to North Korea (Updated) The Pirate Bay says it has been offered virtual asylum in North Korea. The move comes after the Norwegian Pirate Party was forced to stop routing traffic for the infamous BitTorrent site by a local copyright group. "We can reveal that we have been invited by the leader of the Republic of Korea, to fight our battles from their network," the Pirate Bay says. A traceroute indeed suggests that The Pirate Bay is now being routed through the dictatorial country.

Understand the Psychology of Design Excerpted from 100 Things Every Designer Should Know About People by Susan Weinschenk. Copyright © 2011. Used with permission of Pearson Education, Inc. and New Riders. To receive a 35% discount on this book, go to the Peachpit Press Online Store and enter the discount code 100T during the checkout process. This offer is valid through December 2012. In addition to the HTML version of the excerpt below, you can also download the excerpt as a PDF that retains the full design of the printed book. The Pirate Bay Moves Servers to the U.S., Becomes Freedom Bay After trying its luck to North Korea, the world's largest BitTorrent tracker, The Pirate Bay, has announced it has moved its servers to the U.S. "We have worked closely with the awesome american government to establish a strong military graded server park that will endure any nuclear attacks that Kim Jong Un and his evil allies will send at US," writes The Pirate Bay in a blog post. This news, which comes on a very significant date, also means some changes in the way The Pirate Bay operates.

Make Grids Quickly in InDesign This article originally appeared in InDesign Magazine #37, August/September 2010. Subscribe now! Some designers use structured grid systems with guides on Master Pages to influence their layout decisions. Others rarely use formal grid systems at all. Yet all designers have the occasional need to arrange images in rows and columns, and for that, you need a grid. But how can you create a quick grid without resorting to subtraction and long division?

Beautiful Catalog Design Ideas to Spark Creativity Inspiration August 17, 2011 Catalogs are multi-paged printed materials that can either be stitched or wire-bound on the sides. They are popularly used as menus, service and product listings and directories. Like magazines, they can often be kept by customers for future reference or left in stores for daily use. It is only but necessary to design these catalogs well and to only have its color printing done by a proper print shop. A good design and print makes readers want to read the catalog from cover to cover, and perhaps even want to order more stuff than they initially intended. Downloads Here you will find links to VirtualBox binaries and its source code. VirtualBox binaries ¶ By downloading, you agree to the terms and conditions of the respective license.

Top 10 Most Popular Torrent Sites of 2012 Continuing a long-standing New Year's tradition, we present an up-to-date list of the world's most visited BitTorrent sites. At the start of 2012 The Pirate Bay continues to pull in the most visitors, followed by Torrentz and KickassTorrents. The six-year-old TV-torrent distribution group EZTV appears in the list for the first time, ranked 8th. Update: here is the list of 2013′s top torrent sites. Adobe's Muse Lets Designers Make Websites Without Knowing Code Adobe makes programs like InDesign, Illustrator, and Photoshop, which enable nearly every graphic designer on the planet to create nearly every piece of visual content you've ever laid your eyes on. Naturally, their bread and butter is making graphic designers happy. So their newest product, Muse, hopes to make life even easier for designers--specifically ones working in more traditional mediums who are being tapped to take on more web-based projects--as an ultra-simplified, graphically focused tool for making websites. Muse's biggest selling point is that designers don't have to learn code (or "markup languages") like HTML, CSS, or Javascript to break through the barrier of designing for the Internet. As Muse's engineering director, Joe Shankar, says in the introductory video, "We're going to change the way websites are built for graphic designers." For some design firms, learning code isn't a bonus, it's a requirement.