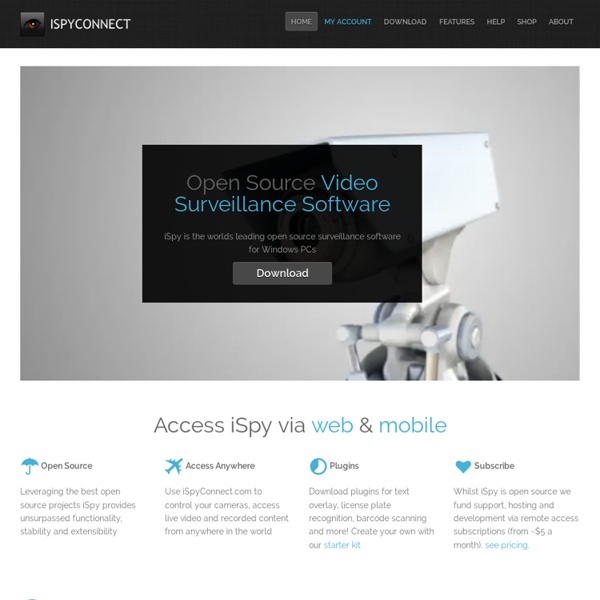 Download Mobile Antivirus Software | Free Download for Mobile Antivirus Protection Millions Trust Lookout Download from Google Play Get Lookout for Android One download protects you from mobile threats, keeps your data backed up, and helps locate your phone if it’s stolen or lost. Lookout for Business lets you keep company data confidential with remote Lock and Wipe. Looking for more great apps from Lookout? Enter your info to have Sales contact you. How many devices do you need to protect?

An Open Source Video Mixer, Inspired by DIY Space Exploration As many ponder the fate of hardware mixing, mixing in software continues to advance. And in a reminder of just how many different applications video mixing can have, here’s a fascinating article about a new open-source Linux-based video mixing tool called Snowmix: Copenhagen Suborbitals Release Snowmix, an Open Source Video Mixer [The Power Base] What’s fascinating about it is that this didn’t come from VJs or broadcasters, but people who are experimenting in DIY, non-profit human sub-orbital flight (the Copenhagen Suborbitals). In fact, this isn’t even the only example of synergy between spaceflight and video tools. NASA’s Communication Navigation and Networking Reconfigurable Testbed (CoNNeCT) experiment uses the memory controller that was originally developed for the Milkymist system-on-chip[1] and published under the GNU GPL. Pretty awesome to have tech you developed wind up in space. As for this (software) mixer, the feature list is impressive:

z-Tree z-Tree (Zurich Toolbox for Readymade Economic Experiments) is a software for experimental economics. This software package allows to develop and to carry out economic experiments. In this program features that are needed in most experiments are generally defined. Among them are the communication between the computers, data saving, time display, profit calculation and tools for screen layout. Another feature of the program is its user-friendliness. There is a new version of z-Tree allowing to present graphics. Current version is 3.4.2 You can get z-Tree for free. There is some support provided for z-Tree:

Using the Raspberry Pi Camera Module with Zoneminder I got a new Raspberry Pi camera module, plugged it in and took a picture. Marevellous, but now what? I wanted to get it working in Zoneminder which supports all sorts of streaming cameras. It was a bit tricky to get going, but here's how: After setting up the camera module, I installed VLC on the Pi: #apt-get install vlc then in order to stream the video over the network: Setting up Zoneminder isn't obvious. and put the URL " into the "Source Path" box. I think you also need to match the capture height and width to that of the stream; both 320 x 240 in my test case. Now I just have to setup WiFi on the Pi and I've got a wireless IP camera which in theory supports high definition streaming.