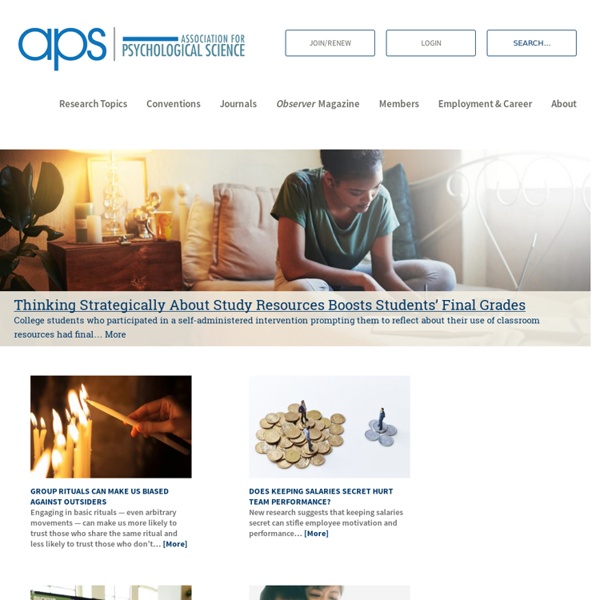 Adolescent Coping With Depression Course - Materials Download For the depression prevention program cited in the June 2009 article by Garber et al. in the Journal of the American Medical Association (JAMA), the two files to download are the POD-TEAMS leader manual and youth workbook. Downloads >>> Program Materials We are pleased to make available for downloading our group, cognitive-behavioral interventions. This includes several different programs: Schema (psychology) In psychology and cognitive science, a schema (plural schemata or schemas) describes an organized pattern of thought or behavior that organizes categories of information and the relationships among them.[1] It can also be described as a mental structure of preconceived ideas, a framework representing some aspect of the world, or a system of organizing and perceiving new information.[2] Schemata influence attention and the absorption of new knowledge: people are more likely to notice things that fit into their schema, while re-interpreting contradictions to the schema as exceptions or distorting them to fit. Schemata have a tendency to remain unchanged, even in the face of contradictory information. Schemata can help in understanding the world and the rapidly changing environment.[3] People can organize new perceptions into schemata quickly as most situations do not require complex thought when using schema, since automatic thought is all that is required.[3] Main article: Schema Therapy

Cognitive Dissonance Understanding this experiment sheds a brilliant light on the dark world of our inner motivations. The ground-breaking social psychological experiment of Festinger and Carlsmith (1959) provides a central insight into the stories we tell ourselves about why we think and behave the way we do. The experiment is filled with ingenious deception so the best way to understand it is to imagine you are taking part.

American Academy of Child & Adolescent Psychiatry This Simple Test Will Blow 98% Of People's Minds. You Other 2%… Well, You're Weird This is a simple test but what happens at the end will probably blow your mind. It happens to be one of those cool things that no one can really explain, but is totally fascinating. It isn't hard science, but you need to try it and see for yourself. Don't write anything down or use a calculator. This is just simple arithmetic... Are you in the overwhelming percentage that thought “red hammer”? Encephale Psychoanalyze Yourself With This Test Psychoanalyze yourself with this fun test. NO CHEATING! That will take all the fun out of it. This will teach you a lot about YOURSELF. Have a pen and paper handy before you read any further.

Unusual Personality Test That Will Reveal Much about Your Perception of Life One of the basic rules of this test is to write what you feel and what first comes to mind. It’s fine if you have the same answers to different questions. Do not read all at once! Read the questions one by one and do not rush. It will not be so interesting to see the next question if you are still writing the answer to the previous one. Narcissistic Personality Disorder (NPD) : Traits discussed Almost everyone has some narcissistic traits, but being conceited, argumentative, or selfish sometimes (or even all the time) doesn't amount to a personality disorder. Narcissistic Personality Disorder is a long-term pattern of abnormal thinking, feeling, and behavior in many different situations. The traits on this page will seem peculiar or disturbing when someone acts this way -- i.e., you will know that something is not right, and contact with narcissists may make you feel bad about yourself.

Applied behavior analysis Applied behavior analysis (ABA), previously known as behavior modification,[1] is the application of operant and classical conditioning that modifies human behaviors, especially as part of a learning or treatment process. Behavior analysts focus on the observable relationship of behavior to the environment, including antecedents and consequences, without resort to "hypothetical constructs".[2] By functionally assessing the relationship between a targeted behavior and the environment, the methods of ABA can be used to change that behavior. Methods in applied behavior analysis range from validated intensive behavioral interventions—most notably utilized for children with an autism spectrum disorder (ASD)[3]—to basic research which investigates the rules by which humans adapt and maintain behavior. Definition[edit] History[edit]