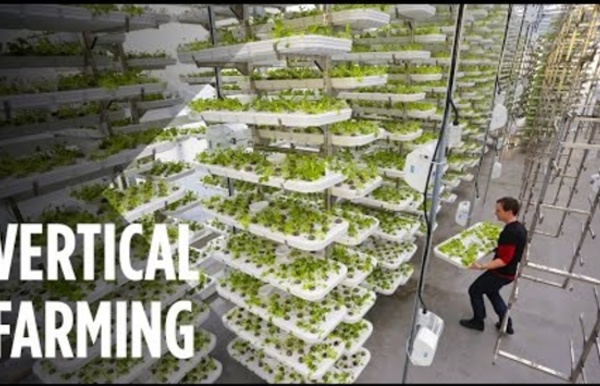 Vitamins’ Old, Old Edge It took hundreds of millions of years for plants to become such proficient vitamin C manufacturers, but vitamin production can change in far less time. Our own ancestors needed just thousands of years to alter their production of vitamin D. When humans left equatorial Africa and spread to higher latitudes, the sun was lower in the sky and supplied less ultraviolet light. By evolving lighter skin, Europeans and Asians were able to continue making a healthy supply of vitamin D. Aside from vitamins D and K, we humans can’t make any of the vitamins we need to stay healthy. Video: What is the Environmental Impact of Feeding the World? The Dating Game This report by the National Resources Defense Council describes how confusing food date labels lead to food waste in America. How Did Human Civilization Spread? In this scientific visualization, historic population and cropland data illustrate the relationship between the spread of human civilization and agriculture on Earth between 10,000 BCE and 2,000 CE. Deforestation Browse this beautiful, interactive website from the World Wildlife Fund to learn all you need to know about this topic. What the World Eats National Geographic's online interface will have you sorting data for hours. Browse by country to see how daily diets differ around the globe.

NASA is growing a Martian garden to prepare for life on Mars As many of us witnessed in director Ridley Scott's sci-fi drama "The Martian," the soil of Mars is devoid of the organic nutrients otherwise vital to support plant life. To get around this, the character of Mark Watney, played by Matt Damon, uses his own feces to supplement the otherwise dead soil and grow potatoes. But does this science match up with how the first Mars farmers might actually introduce agriculture to the red planet? In addition to experimenting with crops grown in space, NASA is beginning to trial "Martian Gardens" to figure out the kinds of vegetables that might tolerate soil sourced from the red planet.

Students Win NASA Contest With a Greenhouse Designed for Mars Greek students have attempted to take one step forward in the quest to make Mars more hospitable: They created a self-supporting greenhouse that grows spinach and is brilliantly named Popeye. This May, the students' design won NASA's International Space Apps Challenge, a competition over the course of 48 hours in cities across the world. Its goal is to produce open-source solutions to address various needs for life on Earth and in space. In the designs, the greenhouse is comprised of a solar-powered system enclosed in a protective dome. It's supposed to grow spinach over a 45-day period to supply potential astronauts on Mars with food. According to Reuters, the greenhouse's air garden is equipped with a "suite of solar-powered sensors and electrical systems" that nurture and monitor the spinach by providing plenty of water and carbon dioxide.

Mars Greenhouse Dome - FinalProjects Introduction Figure 1: Diagram of a Environmental Factors for a Projected Greenhouse Dome[1] Life on Mars will be difficult to sustain by just migrating to the planet alone. Although it contains carbon, nitrogen, hydrogen, and oxygen all in biologically ready forms[2], it is still a highly hostile environment for sustaining the life of human beings. News Story - SpaceRef Canada When humans made the transition from the nomadic life of the hunter-gather to become inhabitants of communities, they did so by means of cultivating plants and domesticating animals. Soon, agriculture was born. Armed with the ability to stay in one place - humans now had the time and luxury to accumulate things - with knowledge being the foremost. At some point "civilization" emerged as a result. As human communities spread out across our planet, these two learned behaviors have become ever more pliant, allowing previously uninhabitable regions to become habitable. Each new challenge spurred the development of new solutions.

Greenhouses for Mars Greenhouses for Mars When humans go to the Moon or Mars, they'll probably take plants with them. NASA-supported researchers are learning how greenhouses work on other planets. Confused? Controlled Environment Agriculture Center The Prototype Lunar Greenhouse (LGH) is equipped as a Bioregenerative Life Support System (BLSS) through the design and construction of an innovative hydroponic plant growth chamber. Centered on using plants to sustain a continuous vegetarian diet for astronauts, a typical BLSS employs plants and crop production in addition for food, to also provide air revitalization, water recycling, and waste recycling for the crew. Fulfilling the requirement of NASA's GES and the late Mr. Steckler's dream of space colonization, the LGH aims to deliver more than supporting a sustained human presence in space.

NASA developing food bars light enough for astronauts to bring to Mars Here’s the good news: We’re going to Mars! Here’s the bad news: Food is too heavy! In 2021, NASA plans to launch the Orion spacecraft on a six-month journey to the Red Planet. That will require a lot of heavy, heavy fuel, meaning scientists are currently looking for ways to shed extra weight from the spacecraft. One such way, according to NASA, is to swap in lightweight “food bars” in place of traditional meals. Jessica Vos, deputy health and medical technical authority for Orion, says, “When you have 700 to 900 calories of something, it’s going to have some mass regardless of what shape it’s in.

NASA Tests Its Largest Plant Chamber Prototype Ahead Of Space Station Delivery Growing plants in space is hard, for reasons more or less obvious. For one, in the microgravity environment of space, plant roots grow every which way, making it next to impossible for them to absorb the nutrients and water they need to survive. Despite this, and several other seemingly insurmountable difficulties associated with growing plants in space, astronauts onboard the International Space Station (ISS) were, in August last year, able to grow and even eat vegetables cultivated in space — an achievement NASA described as a “historic vegetable moment.” Those vegetables — a crop of red romaine lettuce — were grown using the “Veggie” plant growth system on the ISS. The system, installed on the orbiting space lab in 2014, uses a series of red, blue and green LEDs to stimulate plant growth from “pillows” containing seeds, fertilizers and nutrients. “The unit is a closed-loop system with a controlled environment than can house large plants.