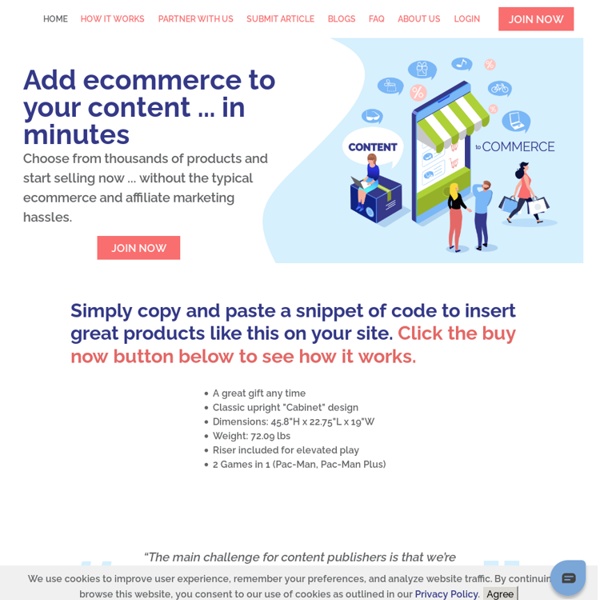 Spanning the width and breadth of the Geek dream Geek Media Round-Up: July 31, 2013 Jul 31 2013 0 Comments 271 views Comics 10 Best Sexual Drinking Games Some of the best sexual drinking games can be done either in an intimate setting with only you and your girlfriend or you can make it a party and have multiple people. The ten most commonly played sexual drinking games are: Nine cans of beer or the floor. Top 15 Most Popular Social Bookmarking Websites Here are the top 15 Most Popular Social Bookmarking Sites as derived from our eBizMBA Rank which is a continually updated average of each website's Alexa Global Traffic Rank, and U.S. Traffic Rank from both Compete and Quantcast."*#*" Denotes an estimate for sites with limited data. 1 | Facebook3 - eBizMBA Rank | 900,000,000 - Estimated Unique Monthly Visitors | 3 - Compete Rank | 3 - Quantcast Rank | 2 - Alexa Rank | Last Updated: July 1, 2017.

R'ha - A Short Sci-Fi Film That Could Make Hollywood Jealous [VBideo] Steven On January 11, 2013 What if, instead of man versus robots it was an alien life form that was attacked by the robotic life that they had created? This is the premise behind an awesome short science fiction film called R’ha that was directed and animated by 22-year-old Kaleb Lechowski and I gotta tell you Kaleb could teach Hollywood a thing or two. How To Publish Your Favourite Bookmarks To Twitter The more I talk to people about how they use Twitter the more I find that nobody really uses Twitter in the same way. Today Matthew Lang (follow him at @matthewlang) shares with us the way that he shares bookmarks with his Twitter followers. You’ve found a great article on the web, you bookmark it for yourself but you want to share it quickly with your followers on Twitter? Copying the url to a url shortening service and posting it on Twitter seems like too many steps. What if you could bookmark the article and have it automatically posted for you?

The Starter's Guide to Brewing Beer Serious about making large batches of beer? Splurge for a propane-powered rig with a three-tiered brew stand. This setup, by Indiana-based Blichmann Engineering, costs about $2000 and features a trio of 20- to 30-gallon pots and gas burners that put out 216,000 Btu per hour. (The high heat quickly boils large amounts of liquid, shaving hours off the brewing process.) Kanpai! Brewing Sake The bottles are slender and elegant and colored a frosty white or baby blue, alcohol levels usually hover in the mid-teens, and the price tags often exceed 30 or 40 bucks. For these reasons, sake has gained a reputation among many Westerners as the Eastern equivalent of fine wine — something rare and precious, to be consumed in tiny portions, and more often than not simply out of reach. But this favored table beverage of Japan is actually a simple grain-based brew, much like beer. And while it’s true that good sake, often called “rice wine,” is expensive, there’s an easy way around the price tag: make it at home. It takes just 4 ingredients, and anyone, using only the most basic of beer-making equipment, can transform a sack of pearly white rice into fragrant, perfumey sake in as little as 12 to 15 days. Born in China some 4,000 years ago as rice cultivation took root, sake culture found its way to Japan about 2,000 years later, where it bloomed into a refined and hallowed tradition.

Grow Bottle: Grow your own herbs using repurposed wine bottles. Grow your own herbs using repurposed wine bottles. Overview: Give the gift of home-grown herbs with the earth-friendly and aesthetically pleasing Grow Bottle. Each hydrogarden is hand-crafted from a recycled wine bottle which not only serves as the kit's packaging, but also as its pot and water reservoir. The Grow Bottle kit comes with certified organic seeds, soil-less mix, a wool watering wick, and plant nutrient. Add water and some sunlight and you'll be growing your very own basil, parsley, or mint in no time!