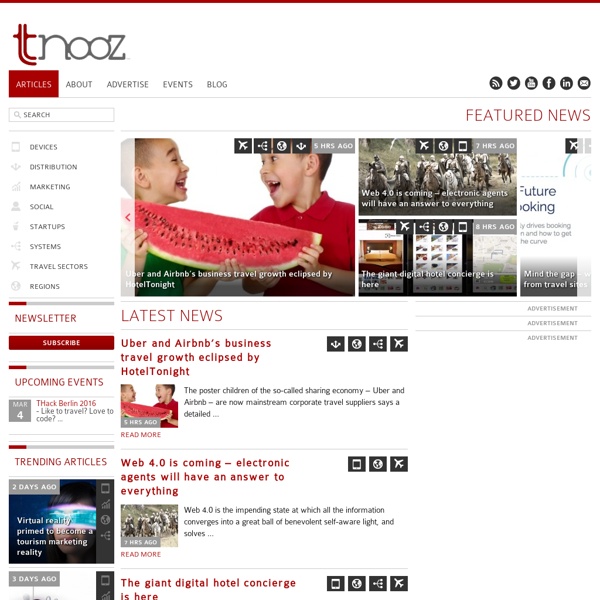 Six myths of air travel search on the web Facebook, at a recent travel conference in the US, suggested its role as one of being in the “happiness business”. Furthermore, citing some internal research, an official from the omnipresent social network went on to show how the American general public actually gets a pretty big high from the process of planning travel, and that it lasts longer than the act of travelling itself. But does this happiness extend to when consumers are searching for flights? Some cearly do not think so. A recent article in the Detroit Free Press pointed out that airfares were not fair, and that searching for appropriate flights and fares isn’t fun. So perhaps it’s time to think through the process from the consumer’s perspective.

The Guide to Sleeping in Airports Travel News Online Breaking News Travel Daily Asia Fiji Airways spreads wings with Etihad Fiji Airways has signed a major new agreement with Etihad Airways that will see the two carriers interline… Living the first class li Biggest misconceptions about finding the lowest airfares Don't be fooled by booking websites: Travel agents have tricks up their sleeves that automated websites have never heard of. (iStock) There's a "magic" hour to find the best prices. This is the biggest myth of all. Airfares can change minute-by-minute and day-by-day, as can seat inventory at the lowest fares.

Online Travel News and UK Travel Jobs from Travolution.co.uk 3.6 Future Travel Experience - Airport Check In, Baggage, Security, Immigration, Boarding, Arrivals How to Find the Lowest Airfare? These Three New Strategies "Don’t listen to anyone who says there’s a magic time or day to buy airfare," says one expert. Here are three new tips that really do work. "Google 'best time to buy airfare' and you’ll find 50 different competing theories. And they’re all wrong," George Hobica told me over lunch the other day. George is the founder of AirfareWatchdog, the airfare deals site that includes some low fares not found on other sites. "Don't listen to anyone who says there’s a magic time or day to buy airfare. Study will make you question prices on travel websites When searching for a flight or hotel room online, it's hard to know if you're getting the best price. A new study from Northeastern University looked at how much prices change based on the user, and found a greater percentage of inconsistencies on travel sites than other kinds of retailers. The study looked at personalized prices over a couple weeks for hundreds of actual users, as well as for fake accounts. “Overall, we find numerous instances of price steering and discrimination on a variety of top e-​​commerce sites,” the study authors wrote, while also noting that most of the experiments on the 16 sites did not find price steering or price discrimination.

What's the best airfare metasearch site? In the beginning, there were airline sites. Then there were online travel agencies, such as Expedia, Hotwire, Orbitz, Priceline and Travelocity. And then about 10 years ago came the travel metasearch sites, sometimes called search sites or aggregators.