What does it mean to be a refugee? 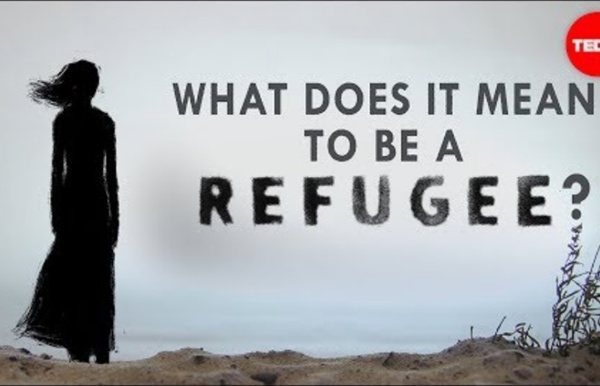 Refugee or migrant Refugee or Migrant - word choice matters. © UNHCR GENEVA, July 11 (UNHCR) – With more than 65 million people forcibly displaced globally and boat crossings of the Mediterranean still regularly in the headlines, the terms 'refugee' and 'migrant' are frequently used interchangeably in media and public discourse. But is there a difference between the two, and does it matter? Yes, there is a difference, and it does matter. The two terms have distinct and different meanings, and confusing them leads to problems for both populations.

Refugees or migrants? When 71 people are found dead in a parked truck in Austria, and on the same day, dozens are feared drowned after a boat capsizes off Libya, do semantics matter? The International Organisation for Migration estimates 2,373 people have died so far this year trying to reach Europe by sea, and 3,573 in the past 12 months. There have been 267,031 arrivals in 2015. Europe is in the grip of its worst refugee crisis since World War Two.

Two Billion Miles: interactive video story Re-story-ing our restorative practices Frida Rundell A metaphor for crossing a frontier into a new territory is explored. The restorative justice principles as used by the United Nations and IIRP help to translate into restorative practice principles. An action research project in South Africa provides the background to an evaluation process. Why Flee Syria? With the refugee crisis worsening as many Syrians attempt to flee to Europe, many people may find themselves wondering just how the war in that country got so bad, and why so many are fleeing now. Here, then, is a very brief history of the war, written so that anyone can understand it: Syria is a relatively new country: Its borders were constructed by European powers in the 1920s, mashing together several ethnic and religious groups.

Te Ara: Refugee quota programme The refugee quota programme, 1987–2003 In 1987 the government agreed to accept (subject to community sponsorship) an annual quota of 800 people who were classified as refugees by the United Nations High Commissioner for Refugees (UNHCR). This formalised New Zealand’s previously ad hoc response to refugee situations. Over the years the quota programme has included a number of categories, such as specific ethnic or national groups, and people with special needs (such as ‘handicapped’ refugees). Other categories in the quota have been ‘protection’, ‘women at risk’, ‘medical’, ‘emergency’ and ‘humanitarian’. There are provisions to admit close family members of refugees already living in New Zealand.

The Refugee Project The Refugee Project Every day, all over the world, ordinary people must flee their homes for fear of death or persecution. Many leave without notice, taking only what they can carry. Many will never return. They cross oceans and minefields, they risk their lives and their futures. When they cross international borders, they are called refugees. Te Ara: Who are Refugees? Who are refugees? Unlike those migrants who make the choice to emigrate, refugees have to leave their homeland because they fear for their lives. They are the casualties of crises such as brutal regimes, civil war, anarchy and famine. Often, they are at risk because of their ethnicity, political beliefs or religion. They may have endured persecution, torture, rape or abduction, or have witnessed killings.

Ten things you didn’t know about refugees With 45.2 million displaced by violence, persecution or rights abuses, the number of refugees is higher than at any time since 1994, says UNHCR Today is World Refugee Day - and the latest statistics from the U.N. refugee agency (UNHCR) show world refugee numbers are higher than at any time since 1994. As U.N. refugee chief Antonio Gutteres put it at a recent news conference: “Each time you blink, another person is forced to flee.” UNHCR’s annual report shows that some 45.2 million people were uprooted by violence, persecution or rights abuses as of the end of last year, but the numbers also challenge some common misconceptions about refugees and displacement. Here are 10 things you may not have known.

Supporting refugees and asylum seekers New Zealand accepts and provides full support for around 750 refugees each year. When refugees and asylum seekers arrive in New Zealand, we support them to settle in. We provide health care, education, language classes and support to find paying work. Refugee and protection unit UNHCR Population Statistics Welcome to the UNHCR Population Statistics Database The database currently contains data about UNHCR's populations of concern from the year 1951 up to 2014 and you can use it to investigate different aspects of these populations: their general composition by location of residence or origin, their status (refugees, asylum seekers, internally displaced persons, etc.), their evolution over time, and so on.. In each of the screens in the system you start by selecting the sub-set of data you are interested in, choosing one or more countries or territories of residence and/or origin. You can focus on specific types of population by checking the boxes for only those you are concerned with, and you can summarise the data by checking the boxes for only those data items by which you wish the data to be broken down.

NZ to take 750 Syrian refugees over three years New Zealand will take 750 Syrian refugees over the next three years - a measure expected to cost an extra $50 million. Immigration Minister Michael Woodhouse has confirmed New Zealand will take a total of 750 Syrian refugees - 600 in an emergency intake over and above the usual annual quota of 750. READ MORE• Kiwi expat in Germany posts video of first Syrians to arrive in Munich A further 150 places will be offered with the quota over the next year. Under the plan a total of 250 will be offered by mid next year.

First Syrian refugees to start new lives in Wellington A refugee’s life is one of constant upheaval – from the first day of flight from a war-torn community, to the ongoing search for a safe, stable home. But for 82 Syrians who’ve escaped civil war, tomorrow - at last - that search will be over. New Zealand’s first intake of Syrian refugees will be settled on Friday in the Wellington region, after six weeks of adjustment at Auckland’s Refugee Resettlement Centre. They’re among 750 Syrians New Zealand will take in over the next three years – but just a fraction of an estimated 11 million others who’ve been displaced by five years of civil war.