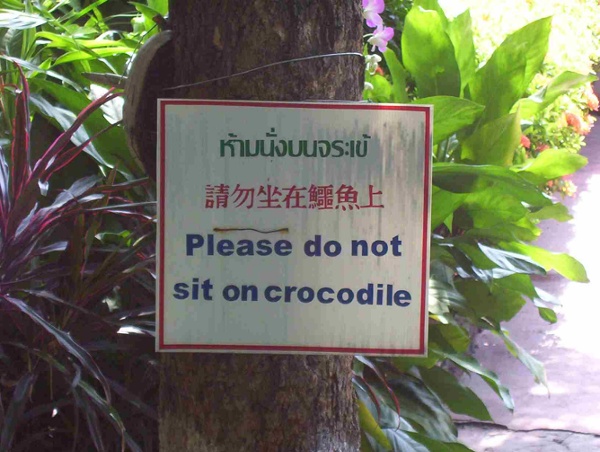 5 of the world's most expensive mobile phones - Inspect-a-Gadget If you would like to, you can follow me on twitter here. Have more money than sense? Then this is the perfect list for you. Despite being able to pick up a pretty capable smartphone, i.e. a HTC Desire, HTC Wildfire S or Sony Ericsson Xperia Mini, for well under £200, consumers are seemingly more than happy to part with £400+ for what they deem a good handset. Well, there isn't enough money in a monopoly box to buy some of these devices, that's how expensive they are! First up is the Diamond Crypto Smartphone. Image from etechbee.com It runs Windows CE and was designed by by diamond encruster Peter Aloisson. Next is the equally lavish Gresso Luxor Las Vegas Jackpot, costing £636,200. The specification isn't that amazing, a measily 2MP camera is about as good as it gets but the build quality is what you're paying top dollar for. The Vertu Signature Cobra is the third entry and it is a significant drop in price from number two but still mind-bogglingly expensive at £167,567.

Incredible Space Pics from ISS by NASA astronaut Wheelock Go Discovery! It was October 23, 2007 at 11:40am EST when I had my first ride to space on Discovery. She’s beautiful… just sad that this will be her last voyage. Looking forward to climbing aboard the flight deck when Discovery arrives at the Space Station in November. (9-23-2010). Incredible Photos from Space: Larry Tanner, NASA. Special thanks: Bethbeck’s blog On September 22, 2010, with the departure of the Expedition 23 crew, Colonel Douglas H. We thought that we should put some of the space photos together as a tribute to him and the whole ISS crew. The following space photos are all visible on Astro_Wheels’ twitpic account, and we are eternally grateful to him for sharing these space photos with the world. Incredible Photos from Space: ‘Earthshine’… The Space Station basking in blue Earthshine as the rising sun pierces our razor-thin atmosphere to cover the Space Station with blue light. NASA astronaut Douglas H.

Humor-bation: Philosoraptor... - StumbleUpon This Blog Linked From Here The Web Philosoraptor... Email ThisBlogThis! 17 comments: oblivigaDecember 19, 2011 at 1:57 AMlolReplyDeleteIroxby22December 19, 2011 at 2:54 AMve'lol'iraptorReplyDeleteeewlDecember 19, 2011 at 6:11 AMIf the opposite of PRO is CON, is the opposite of prostitution constitution? Load more... Newer PostOlder PostHome Best Scumbag Alcohol For many of us, alcohol is a love-hate relationship. The Scumbag Alcohol meme is a perfect depiction of this. (images via quickmeme) You may also like: <–Back to Home Page 30 Bizarre and Creative Packaging Design Examples Inspiration November 1, 2010 One of the things that identifies the image of a product is its packaging. Few elements like striking graphics, attractive colors, and unusual shapes are carefully thought of to come up with packaging design that catches the attention of the consumers. A packaging design is a critical component in marketing because it is the packaging that makes it stand from the rest when consumers choose a product from the shelf. We usually see the packaging first instead of an innovative product. This post presents the clever and innovative ideas of some of the company manufacturers around the world. Evian 2005 Limited Edition Bottle View Source Experimental Milk Carton View Source Tequila Gun Packaging View Source Salt & Pepper Cell View Source Lightbulb Box View Source Kleenex Packaging View Source 360 Paper Bottle View Source Wine in a Can View Source Doritos Packaging Concept View Source Hanger Tea View Source El Mil del Poaig Packaging View Source Wine Packaging View Source View Source Jásztej

Amazing Photos 2012: The Best Pictures Of The Year, So Far (IMAGES) So far, 2012 has produced some amazing photography, a point more than proved by a series of images compiled by one Internet user. Reddit user stoopidtrooper posted this gallery of 48-images from photo sharing site Imgur on Monday. It captures some of the most amazing photos taken in 2012. From seahorses to solar eclipses, sleeping whales to space jumps, the photos span the breadth of human experience. Some of these photos made use of techniques such as long or multiple exposures, which enhance their artistry. It's not often that the Web's collective consciousness rises up and delivers a collection that's this breathtaking. (via Reddit)

30 Funny Illustrations about Simple Truths of Life While surfing Internet the I came across the blog of Alex Noriega an illustrator from Barcelona, he has some interesting life lessons that our parents and teachers may have forgotten to tell us and he presented them in the form of some really funny illustrations. In this post I am posting 30 Funny Illustrations about Simple Truths of Life that I have picked from his blog. Hope you all will enjoy this post.

Amazingly Creative Drawing Vs Photography This wonderful work has done by a very talented Belgian painter, illustrator, portraitist, caricaturist and photographer Ben Heine. This creative artist was born in Abidjan, Ivory Coast. He Studied graphic arts and sculpture and I also have a degree in journalism. Lets take a look at some of his awesome works that he calls “Drawing Vs Photography” or “Imagination Vs Reality”. RECLAIMED SEATBELT CHAIR | Seat, Belts, YouGoods, Furniture Sitting Shotgun Our second YouGoodsTM product design contest challenged participants to design a product using reclaimed auto parts. Winner Adam Barron, a senior in Industrial Design at the University of Cincinnati, created the prototype for this chair from a steel rod frame and seatbelts he collected from a local junkyard. Adam's winning design was originally a school project, in which he had to incorporate three of five Japanese design principles: humor, craftsmanship, compactness, asymmetry and simplicity. Modern, unexpected and a lot of fun, the seatbelt chair features a steel rod frame that is bent to form, welded and then powder coated. The seatbelt chair is fabricated to be highly adjustable, with fittings that enable the user to alter the tautness of the vertically oriented seatbelts. Handmade in New York. Each is one-of-a-kind and will vary. Exclusively at UncommonGoods. Click here to see how the seatbelt chair is made.

10 Words You Need to Stop Misspelling