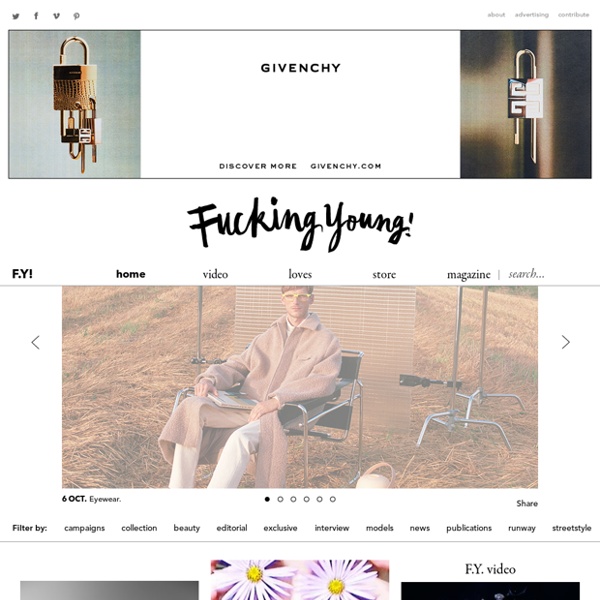 D&D Home Ask Submit April 08th 2014 kipperclothiers: Co-Founder Kyle Moshrefi wearing one of Kipper Clothiers' custom slim fit suits. We offer several different silhouettes to create the perfect fit for all body types. Futurism - Catwalk Yourself Menswear – Mugler SS12 In the early 20th century Futurism was engineered in Italy and became a new artistic and social movement. The movement revolved around futuristic ideas of speed, technology and the industrial city. With the invention of the car in 1886 not too long before, society was fascinated with how technology could change the way people lived, and what inventions would follow. This interest in the future consumed all mediums in art, photography, sculpture, interior and graphic design, theatre, literature etc. And Fashion followed with designers developing new ways of wearing and making clothes.