What's a Christian to Think (and Do)? 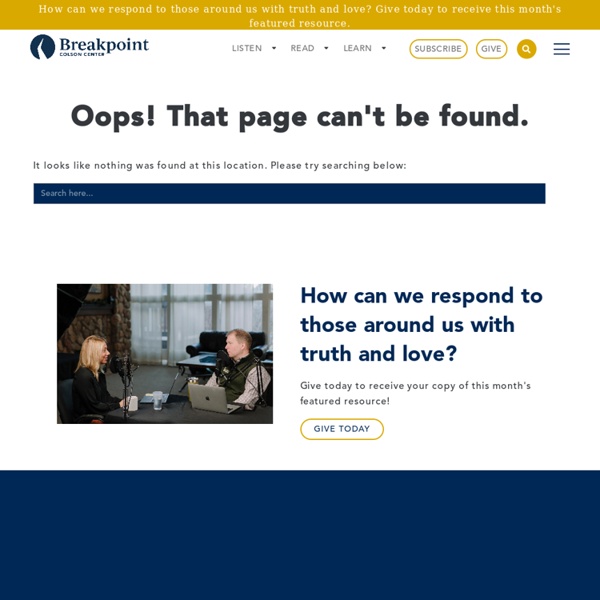 Salvo Magazine Society, Sex, and Science Evangelical Environmental Network Reflections on Biblical and Christian Philosophy The Barna Group - Barna Update Codex Sinaiticus - Home Encyclopedia Coptica: The Christian Coptic Orthodox Church Of Egypt The Christian Coptic Orthodox Church Of Egypt Encyclopedia Coptica is Courtesy of The word Copt is derived from the Greek word Aigyptos, which was, in turn, derived from "Hikaptah", one of the names for Memphis, the first capital of Ancient Egypt. The modern use of the term "Coptic" describes Egyptian Christians, as well as the last stage of the ancient Egyptian language script. Also, it describes the distinctive art and architecture that developed as an early expression of the new faith. The Coptic Church is based on the teachings of Saint Mark who brought Christianity to Egypt during the reign of the Roman emperor Nero in the first century, a dozen of years after the Lord's ascension. Although fully integrated into the body of the modern Egyptian nation, the Copts have survived as a strong religious entity who pride themselves on their contribution to the Christian world. The contributions of the Coptic Church to Christendom are many. Last Updated: January 2006 References: Translations:

The Dynamic Horologion And Psalter Welcome to the Dynamic Horologion & Psalter This site provides dynamic access to an Orthodox Horologion and Psalter. The Psalter is a Septuagint translation called "The Psalter According to the Seventy" by The Holy Transfiguration Monastery. The horologion prayers come from "The Great Horologion" also published by The Holy Transfiguration Monastery. Both are used with their kind permission. Finally, the translations of troparia and kontakia come from the complete Menaion translations, published by The St. Features: You can view the current fixed worship service from the Horlogion for the day and time, including it's variable Psalter readings, and dismissal hymns as read by a Reader or Layperson (aka a Reader's service).You can view the current variable Psalter Kathisma readings for the day and time.You can manually view a given fixed Hourly Service from the Horlogion for the day.You can manually view the Troparion and Kontakion for the day.You can view a single kathisma or Psalm. Notes

House Church Theology: Doctrine of Election The New Testament has fourteen references to "election" or "God's elect." Obviously, those passages refer to those who have found salvation in Christ. But thinkers like John Calvin were not at all content with such a simple explanation. Committed to the strong church-state system that had been in place for over 1000 years, and knowing that some (if not most) of their fellow countrymen were unregenerate, they faced a theological dilemma: The entire Constantinian concept of church-state identity would have to be discarded, or They would have to invent a new doctrine to patch over the problem. Calvinism Passages like Rom. 8:30 caused Calvin to define the invisible church by focusing on "predestination." About seventy years after the last edition of Calvin's Institutes of the Christian Religion had been published, this understanding of election started to unravel. The debate no doubt penetrated all levels of society. All the world's a stage And all the men and women merely players.