How to Design a Beautiful iPad Lesson: 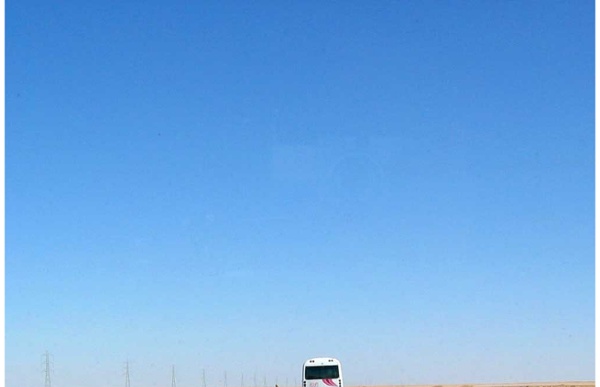 This is a beautiful lesson designed and presented by Rob Miller on Scrib. What I really like about this series of activities is that it allows the students or in Rob's case his teachers to articulate their own learning. It is never about a single app. It is the combination of apps that allow the learners to meet the learning outcomes. It is a great example of building a meaningful lesson around a concept and then providing the students with the tools to create content. The other great thing about this lesson is the beautifully designed yet simple instructions built by Rob. I would like to thank Rob for sharing this resource. This series of activities has got me thinking about a whole range of tasks that I now want to design and share with my own students.

LogMeIn Remote Access App LogMeIn, formerly known as LogMeIn Ignition, is an excellent remote access app for the iPad and iOS – that allows you to access and control your Mac and Windows PCs from the iPad. The app has recently had its name changed and has become a free app – it was previously a $30 app. There are a number of very good remote access apps for the iPad, but I think LogMeIn is the best of a very good bunch. Langwitches Blog The conversation about visible thinking in Math started with one of our teachers at Graded, The American School of São Paulo, Adam Hancock, wanting to know how he could incorporate having students’ use their blogfolios in Math class. It seemed natural to have students write for Humanities (Language Arts and Social Studies), but writing did not seem part of what Middle School Math was about. How could “blogging” go beyond taking a digital image of a Math problem on paper or a quiz and writing about ”how the student felt about solving the problem or passing the test?”or ask themselves what they could have done better?

10 Best Apps 4 Teachers Most of what we do is for the students. The focus of this and many other blogs and websites is about learning, and rightly so, but there are also apps that will make our jobs easier too. I am talking about that catergory of apps that are designed specifically for the classroom teacher. Those apps that will assist us in the everyday little jobs that need to be done, often on the run and often while 10 other things are also happening in the room. There are plenty and I am sure as more and more teachers gain the confidence to design their own apps, there will be more suitable one to come.

The Complete List of iPad Tips, Tricks, and Tutorials The Apple iPad is an amazing tablet, and to help you get the most out of it, we’ve put together a comprehensive list of every tip, trick, and tutorial for you. Read on for more. Note: This article was originally published earlier this year, but we’ve updated it with a real lot more content since then, so we’re republishing it for you.

The rise of e-reading Released: April 4, 2012 21% of Americans have read an e-book. The increasing availability of e-content is prompting some to read more than in the past and to prefer buying books to borrowing them. By Lee Rainie, Kathryn Zickuhr, Kristen Purcell, Mary Madden and Joanna Brenner One-fifth of American adults (21%) report that they have read an e-book in the past year, and this number increased following a gift-giving season that saw a spike in the ownership of both tablet computers and e-book reading devices such as the original Kindles and Nooks. In mid-December 2011, 17% of American adults had reported they read an e-book in the previous year; by February, 2012, the share increased to 21%.

Quick List: iPad Resources For The Classroom One question that comes into my inbox or on Twitter a lot lately is one dealing with iPads. Many schools and classrooms all over are investing in these devices and educators want to know how to use them effectively, apps to consider and more. In keeping with the "My Favorite Resources" theme (last week I listed my favorite resources for talking about Twitter) here are my go-to resources when people ask me about iPads in the Classroom. ISTE iPad In Education Webinar Resources The Secret To Successfully Using iPads In Education My brother recently built a shelf for my daughter’s room. It is in the likeness of a boat that she will one day spend sunny afternoons on, cruising around Plymouth harbor. He used a saw, a hammer, glue and other assorted tools that I couldn’t explain or name. I am not a carpenter nor am I skilled at building anything with my hands. However, I do know this.

The Questions I Ask I have been fortunate over the past few days to have attended the Authorspeak Conference. This experience has allowed me to listen to and connect with some of the best minds in education (i.e. Robert Marzano, Rick DuFour, Carol Tomlinson, Doug Reeves, Will Richardson). Additionally, I have been able to network with other amazing educators from all over the world and actively share how we are transforming the culture at New Milford High School. During the second day of the conference I presented on Communicating and Connecting With Social Media with my co-authors Bill Ferriter and Jason Ramsden.

Teaching Kids with iPads – Part 1 of 5 #edtech #edchat How to you teach these kids? A few months ago I took a survey of my elementary kids to see what kind of mobile technology they had at home and it turned out that 53% of my students in 3rd, 4th, and 5th grades had iPads and 82% had iPods! With over half of my students having iPads, there is no doubt that soon they will be bringing these devices to school — so it go me thinking… How do I teach students with iPads? So I called my friends over at Atomic Learning to brainstorm some ideas and we both agreed that this was a question worth answering.

Driving the Classroom with iTunes U There was a time when iTunes U was just a section of the iTunes store where you could download audio and videos. Since Apple's recent education event, that's all changed. iTunes U is still a part of the iTunes Store but there's now a dedicated iTunes U app for iOS devices. The other major change to iTunes U was a policy change. iTunes U was previously only available to universities. At the January education event Eddy Cue stated that "starting today K-12 schools can sign up" to iTunes U. We didn't get pre-announcement access but I signed up as soon as I could and Cedars has been accepted to iTunes U. iPad 2 as a serious writing machine (how-to) I knew when I bought the iPad 2 a while back that it would provide a number of uses for me, but I quickly discovered it fills more important roles in my work than I believed it would. One of those, a key for me, is as a serious system to use for a lot of the writing I do in my work. I write 3,000 words most days for all of the projects I have going on, and the iPad 2 has stepped up to handle a lot of the task quite nicely. I wrote about using the iPad 2 for writing a while back, and contantly receive questions about how I use it in this role.

12 Characteristics Of An iPad-friendly Classroom Implementing iPads isn’t exactly a just-add-water proposition. While they’re wondrous little devices capable of enchanting learners for hours, to get the learning results you’re likely after will take planning, design, and reflection. It can help to start out by asking yourself some important questions, such as “What can the iPad do that is not possible without it? Teaching Kids with iPads – Part 2 of 5 #edtech #edchat #ipaded #mlearning Using an iPad to record a narrated slideshow. I came home from teaching day 2 of my iPad Boot Camp to find over 70 emails from teachers wanting to know more about how to teach kids with iPads. Many of the emails were full of questions that I hope to answer over the next few posts, and many of you wanted to see the projects that the kids have been working on, so here is a link to the students project (which is being constantly updated)… Week-long projects: