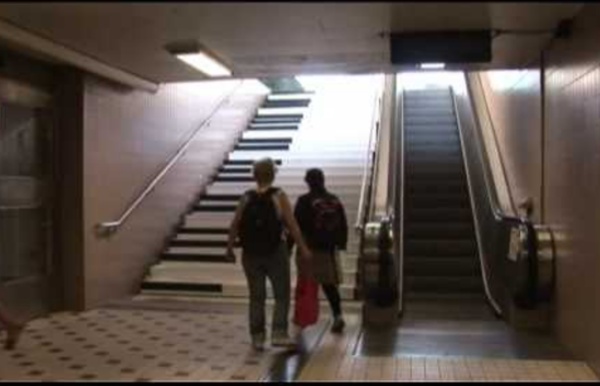 40 Belief-Shaking Remarks From a Ruthless Nonconformist If there’s one thing Friedrich Nietzsche did well, it’s obliterate feel-good beliefs people have about themselves. He has been criticized for being a misanthrope, a subvert, a cynic and a pessimist, but I think these assessments are off the mark. I believe he only wanted human beings to be more honest with themselves. He did have a remarkable gift for aphorism — he once declared, “It is my ambition to say in ten sentences what others say in a whole book.” Changing the Game: How Video Games Are Transforming the Future of Business (Experiential eLearning) Here's a short introduction to the new book Changing the Game: How Video Games Are Transforming the Future of Business (FT Press), by David Edery and Ethan Mollick. The jacket reveals that "companies of all shapes and sizes have begun to use games to revolutionize the way they interact with customers and employees, becoming more competitive and more profitable as a result. The book details how video games are being used for marketing and for talent recruitment, how they can be used to elicit customer-driven product development, and how they foster a sense of unique problem-solving amongst their users. The book is divided into 3 parts: Games and Customers, Games and Employees, and Games and the Future of Business. Each section offers different chapters of exploration as well as keys to success.

The System 472: Road Sage UPDATE: The Quirky Nomads Podcast has made this comic into a radio production! More info here » ALSO: Now avaiable as an 11×17 print! Check it out here. This is a followup to one of the more popular comics in the archive, famously featuring “figure out purple”. Stuff no one told you: Simple truths of life At some point in 2010, Alex Noriega, illustrator from Barcelana, was going through a crisis due to some isues at work. He decided to start a blog as a way of trying to find what he was doing wrong. He wanted to put on paper all that he had learned in life as simple as possible and try to see if what was happening around him made any sense. And it didn’t Still, his work is great and we are happy to present it to you!

Microscopic Shots These microscope pictures are taken from the book ‘ Microcosmos’, created by Brandon Brill . This book includes many scanning electron microscope (SEM) images of insects, human body parts and household items. These are the most amazing images of what is too small to see with the naked eye. 01 – A wood or heathland Ant, Formica fusca, holding a microchip 02 – The surface of an Erasable Programmable Read-Only Memory silicon microchip 25 Beautifully Illustrated Thought-Provoking Questions A question that makes you think is worth asking… At the cusp of a new day, week, month, or year, most of us take a little time to reflect on our lives by looking back over the past and ahead into the future. We ponder the successes, failures and standout events that are slowly scripting our life’s story. This process of self reflection helps us maintain a conscious awareness of where we’ve been and where we intend to go. It is pertinent to the organization and preservation of our dreams, goals and desires. If you would like to maximize the benefits of self reflection, our new sister site, Thought Questions, is for you.

Gamification: Why Playing Games Could Be the Next Big Thing for Business Gamification — the application of online game design techniques in non-game settings — has been quickly gaining the attention of leaders in business, education, policy and even terrorist communities. But gamification also has plenty of critics, and the debate over its future could become an epic battle in the same vein of many online game favorites. This special report includes coverage of a recent Wharton conference titled, “For the Win: Serious Gamification,” in addition to interviews with conference participants who discuss the use of gamification in business, government and other arenas. Rewards, Motivation, Competition: How Businesses Can Benefit from the Rise of Gamification Gamification may be a new term to most people, but for many members of the business community, it means a new way to create value for their companies, customers and employees, among others.

Crazy Illustrations By Chow Hon Lam Chow Hon Lam is a t-shirt designer and a humorous illustrator from Malaysia. He has been completed this crazy project called Flying Mouse 365, which is create 1 design per day. I hope his illustrations can bring some smile and entertainment to the world. About the author Before I Die What matters most to you Interactive public art project that invites people to share their personal aspirations in public. After losing someone she loved and falling into depression, Chang created this experiment on an abandoned house in her neighborhood to create an anonymous place to help restore perspective and share intimately with her neighbors.

Cool Stuff Science comes up with a lot of awesome stuff, and you don't need a Ph.D, a secret lab, or government funding to get your hands on some of the coolest discoveries. We've got a list of 11 mostly affordable gifts that are guaranteed to blow your mind, whether or not you're a science geek. Click on any image to see it enlarged. 1. Aerogel Top 10 Thinking Traps Exposed Our minds set up many traps for us. Unless we’re aware of them, these traps can seriously hinder our ability to think rationally, leading us to bad reasoning and making stupid decisions. Features of our minds that are meant to help us may, eventually, get us into trouble. Here are the first 5 of the most harmful of these traps and how to avoid each one of them.

Yes it s a good impulse. I like also the video of Walk Off the Earth (5 on a 1 single guitar) : good collaborative game by signlighter Apr 22