Welcome to the Green PolkaDot Box™ 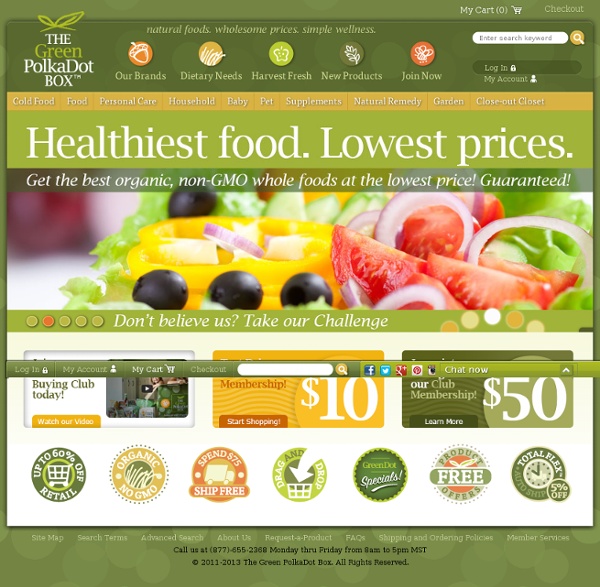 Why Isn't There a More Massive, Activist Climate Movement? Eight years ago I decided that I needed to change my life. The reason? The late summer heat wave which hit Western Europe in August, 2003, leading to 30,000 or more deaths. I knew about the issue of global warming before 2003. But it was that European heat wave that literally drove me to serious study about this issue, and by the end of the year I was convinced that the climate crisis was much more serious, much more imminent, than I had thought. There’s no question but that today, compared to eight years ago, there is much more consciousness about and work on this most overarching and urgent of issues. But the deeper truth is that, certainly in the United States, there is a disconnect between the urgency of this civilizational crisis and the response to it on the part of the broad progressive citizenry, those tens of millions of people who believe generally in human rights and fact-based decision-making. -Human society’s dependence upon fossil fuels is wide and deep.

Juicing for Weight Loss | Reboot With Joe | Fat Sick & Nearly Dead Promoting green electronics in government “The beauty of the project is that we’ve harnessed supply and demand to green the marketplace,” said Elwood, project manager of the Environmentally Preferable Purchasing Program. “This program has greened the supply chain and product offerings worldwide.” Elwood not only helps agencies buy computers, but she assists with the development of standards that define what exactly a green product is – the first question suppliers tend to ask, she said. Federal purchasers now are required to buy computers listed on a global registry known as “EPEAT” that is based on a standard Elwood helped create with other interested parties. This Electronic Product Environmental Assessment Tool is the largest rating system for electronics. EPEAT requires products meet criteria in eight environmental performance categories that look at such factors such as the product’s longevity, its packaging and the level of environmentally sensitive materials it contains.

amazon Bogota horse carts refuse to budge We don’t block traffic. I clean the city up when I carry junk off and put it to use. I also create work for the junk dealers. We keep stuff out of the landfill. But don't call us zorreros, because it sounds like ‘zorra,’ a slang word for ‘prostitute’. We buy the horses down by the old slaughterhouse. I’m not sure about the plan to give us motorized tricycles to replace the horse carts. Just imagine! amazon 2011-11-03 Green Party calls for a nationwide moratorium on home foreclosures GREEN PARTY OF THE UNITED For Immediate Release: Thursday, November 3, 2011 Contacts: Scott McLarty, Media Coordinator, 202-518-5624, cell 202-904-7614, mclarty@greens.org Starlene Rankin, Media Coordinator, 916-995-3805, starlene@gp.org Greens urge Obama, Congress to halt further bank foreclosures: Wall Street firms should suffer 'austerity' for the economic crisis they caused, not the American people Green Party Speakers Bureau: Green leaders available to speak on economics: WASHINGTON, DC -- The Green Party of the United States called for an immediate nationwide moratorium on foreclosures and urged President Obama and Congress to take steps to halt further actions by banks to foreclose on the homes of Americans in the continuing economic recession. Greens said that President Obama, despite his expressions of sympathy for people facing lost homes and jobs, remains on the side of Wall Street.

amazon How SOPA Affects Students, Educators, and Libraries Big media groups like the MPAA and the RIAA have historically targeted college campuses with “anti-piracy” measures, and the Stop Online Piracy Act (SOPA) — the blacklist bill they’re trying to push through Congress — is no exception. The bill’s supporters insist that it targets only “rogue” foreign sites dedicated to piracy, but its vague language and overbroad enforcement methods all but ensure it could be used to stifle student and educator speech. Open educational resources Some sites with reason to be particularly concerned are international communities dedicated to “open educational resources” (OERs), which are created to be shared, built upon, and used in education. Sites like the Japan Opencourseware Consortium or Universia, which offer resources from more than 1,000 universities and represents over 10 million students, could fall into this category. Libraries and librarians They’re not alone. Fair use for students and educators What can you do?