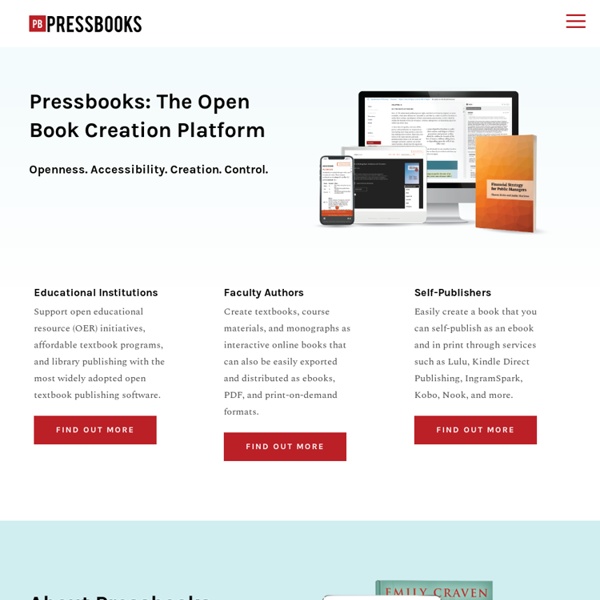 Paolo Bacigalupi Imagines A Future Starved For Energy : 13.7: Cosmos And Culture Fiction can be many things: a means to escape the world; a platform for weaving a finely crafted story; a way to explore lives and circumstance that define our humanity. Science fiction has the extra burden of creating entire worlds of technology and future history and hoping the reader finds them believable. At its best science fiction can do what other genre's can not — help us imagine futures that may lie just before us. Though I am a bit late in finding Paolo Bacigalupi's The Windup Girl (it was published in 2009) it belongs in that "at its best" category. While other authors have explored this territory before The Windup Girl presents us with a fully fleshed-out vision of the world after oil. It's no secret that we are hurtling towards the cliff our dependence on fossil fuels. The Windup Girl takes on the world 150 years or so after "The Expansion" has ended. The Windup Girl also brings two other facets of our near future to the fore.

Review: Common Ground in a Liquid City by Matt Hern Common Ground in a Liquid City: Essays in Defense of an Urban Future by Matt Hern is a collection of ten essays about the future of city-living – or living in general – with very specific examples derived from his city of residence, Vancouver, and its relationship to the numerous cities he has visited. Hern addresses the successes and pitfalls of Vancouver, a relatively young city, through the critical lens of ten cities each of which is the point of departure for the essay. Each city gives Hern insight into the structure of cities in the future with references to how Vancouver is dealing with its own development: its history, its urban identity, its division of public spaces, the privatization of the natural environment, its density and the activities that it wishes to foster for its inhabitants. Come back after the break for more on this collection of essays. The beauty of this book is how flexible and accessible it is. About Matt Hern from his website:

Book review: Six Metres of Pavement by Farzana Doctor Ismail Boxwala’s Infant daughter died of heatstroke after he left her sleeping in the backseat of his car on a summer day. Twenty years later, Ismail has yet to forgive himself. His wife has long since divorced him and remarried, but Ismail has resolutely passed up any chance at happiness. He lives in the same house, the baby’s room untouched, and bolsters his life with alcohol and casual sex. Then Ismail joins a writing class at the University of Toronto where he meets Fatima, a girl the age his daughter would have been, who also belongs to his Indian Muslim community. When Fatima’s parents kick her out because they learn she’s queer, Ismail’s near-empty house presents a convenient (if not entirely comfortable) solution. Let’s be friends! With a quiet, inward-looking analysis of Ismail’s life, Farzana Doctor‘s Six Metres of Pavement asks how mourning can make way for grief when it’s cemented in by guilt, and if memories can be defanged.

Book Review: The Internet and Everyone I’ve been re-reading "The Internet and Everyone" by John Chris Jones. I’ve been astonished once again by the sensibility of an artist-writer-designer whose philosophy – indeed his whole life - first inspired me when I was a young magazine editor more than 30 years ago. Like another muse of mine, Ivan Illich, John Chris Jones was decades ahead of his time. The time is ripe now for a wider readership. He wrote about cities without traffic signals in the 1950s – sixty years before today’s avant garde urban design experiments. In the 1960s, Jones was an advocate of what today is called call ‘design thinking’; (then, it was called design methods). He advocated user-centered design well before the term was widely used. As a kind of industrial gamekeeper turned poacher, Jones went on to warn about the potential dangers of the digital revolution unleashed by Claude Shannon. This post originally appeared on John's blog Doors of Perception.

The 11 Best Psychology and Philosophy Books of 2011 by Maria Popova What it means to be human, how pronouns are secretly shaping our lives, and why we believe. After the year’s best children’s books, art and design books, photography books, science books, history books, and food books, the 2011 best-of series continues with the most compelling, provocative and thought-provoking psychology and philosophy books featured here this year. We spend most of our lives going around believing we are rational, logical beings who make carefully weighted decisions based on objective facts in stable circumstances. Of course, as both a growing body of research and our own retrospective experience demonstrate, this couldn’t be further from the truth. The original trailer for the book deals with something the psychology of which we’ve previously explored — procrastination: And this excellent alternative trailer is a straight shot to our favorite brilliant book trailers: Originally featured in November. That’s exactly what F. Originally featured in September.

Book Review: Urban Interventions - Personal Projects in Public Spaces Urban Interventions - Personal Projects in Public Spaces, edited by Robert Klanten and Matthias Huebner (available on Amazon UK and USA.) Publisher Gestalten says: This book is a striking collection of the personal, often playful and thought-provoking installations in urban environments that use and react to walls, traffic signs, trees, ads, and any and all elements of the modern city. It is the first book to document these very current art projects - as well as their interplay with fine art, architecture, performance, installation, activism and urbanism - in a comprehensive way. This perceptive work brings art to the masses and helps us to rediscover our every day surroundings. View inside the book Urban Interventions might be surprising, fun and delightful but it does not stop at the anecdotal and amusing. Curator, writer and artist Lukas Feiress wrote one of the introductory texts for the book. The book presents 200 works. Felice Varini, Cercle et suite d'éclats Photo: Betty Pabst

The 11 Best Science Books of 2011 by Maria Popova From Infinity to Fibonacci, or what religious mythology has to do with the inner workings of field science. After the year’s best illustrated books for (eternal) kids, art, design, and creativity books, and photography books, the 2011 best-of series continues with a look at the year’s most compelling science books, spanning everything from medicine to physics to quantum mechanics. (And before you raise an eyebrow at the absence of the social and “soft” sciences, know that an omnibus of the year’s best psychology and philosophy books is coming next week.) Rebecca Skloot is one of the finest science writers working today. Skloot weaves a fascinating and tender detective story about HeLa’s legacy through the discovery of Henrietta’s youngest daughter, Deborah, who didn’t know her mother but who always knew she wanted to be a scientist. Henrietta and David Lacks, circa 1945. Deborah Lacks at about age four. Originally reviewed in July. Originally featured in October.

Dam Nation: Dispatches From the Water Underground Ever since learning about water mapping from Georg Bertsch and about watershed-based planning in Toronto from Chris Hardwick at Doors 9 on Juice last year, I've been aware that we talked a lot about energy but not enough about water. This prompted me in a fit of guilt to buy a bunch of books about greywater harvesting; these now sit in a dispiriting and unread pile next to my bath. Then, bingo: I found this wonderful book called Dam Nation: Dispatches From the Water Underground which I commend to you all. Its essays, drawings, and photographs span a wondrous range of topics: off-grid water concepts; the politics of dams and water infrastructure; watersheds as a way of understanding and living in the world. Dam Nation's editors are a reassuringly edgy and non-wet group of activists, tattooists and 'dishwasher deviants'. This post originally appeared on Doors of Perception. | It is part of John's "Summer re-run" series of posts and was first published 5 February 2008.

Noah's Garden: Restoring the Ecology of Our Own Backyards: Amazon.ca: Sara B. Stein: Books Open and Shut: Why America Has Barack Obama, and Canada Has Stephen Harper: Amazon.ca: John Ibbitson: Books What Robert Louis Stevenson, Walter de la Mare, and Edward Lear teach us about writing poetry for kids. - By Robert Pinsky As the most bodily of literary forms, poetry appeals to children. It also has a certain appeal for adults who read to children. For one thing, good writing in verse helps make one a more amusing or engaging reader vocally: The rhythms effectively coach us to read aloud well. Such bodily appeal should not entail hamminess or indicate intellectual or moral condescension; good verses don't need to be artificially sweetened. This month, I've compiled work by three poets whose writing meets those dual ideals of musicality and truthfulness. I have heard the superb writer and illustrator Maurice Sendak say that he does not set out to make works for children: He tries to make good stories and pictures. In poetry, Lewis Carroll's "Jabberwocky" is often cited, correctly, as a masterpiece of the nonsense genre. Conversely, "Jabberwocky" conveys its narrative meaning—the "sense" of its adventure story—quite clearly. Their poems are tough, not cloying. Edward Lear's "How Pleasant To Know Mr.