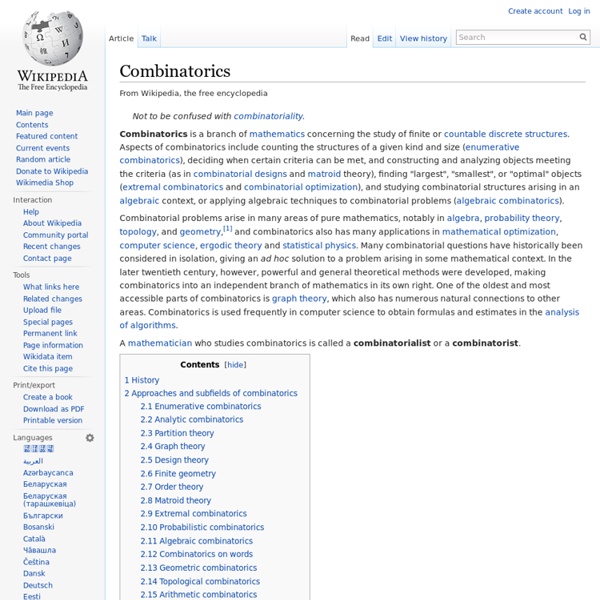 Cayley's theorem Cayley's theorem puts all groups on the same footing, by considering any group (including infinite groups such as (R,+)) as a permutation group of some underlying set. Thus, theorems that are true for subgroups of permutation groups are true for groups in general. Nevertheless, Alperin and Bell note that "in general the fact that finite groups are imbedded in symmetric groups has not influenced the methods used to study finite groups".[4] The regular action used in the standard proof of Cayley's theorem does not produce the representation of G in a minimal-order permutation group. , itself already a symmetric group of order 6, would be represented by the regular action as a subgroup of (a group of order 720).[5] The problem of finding an embedding of a group in a minimal-order symmetric group is rather more difficult.[6][7] History[edit] The theorem was later published by Walther Dyck in 1882[12] and is attributed to Dyck in the first edition of Burnside's book.[13] . Firstly, suppose with .

Statistical physics Statistical physics is a branch of physics that uses methods of probability theory and statistics, and particularly the mathematical tools for dealing with large populations and approximations, in solving physical problems. It can describe a wide variety of fields with an inherently stochastic nature. Its applications include many problems in the fields of physics, biology, chemistry, neurology, and even some social sciences, such as sociology. Statistical mechanics[edit] Statistical mechanics provides a framework for relating the microscopic properties of individual atoms and molecules to the macroscopic or bulk properties of materials that can be observed in everyday life, therefore explaining thermodynamics as a natural result of statistics, classical mechanics, and quantum mechanics at the microscopic level. One of the most important equations in statistical mechanics (analogous to , which is essentially a weighted sum of all possible states available to a system. where . See also[edit]