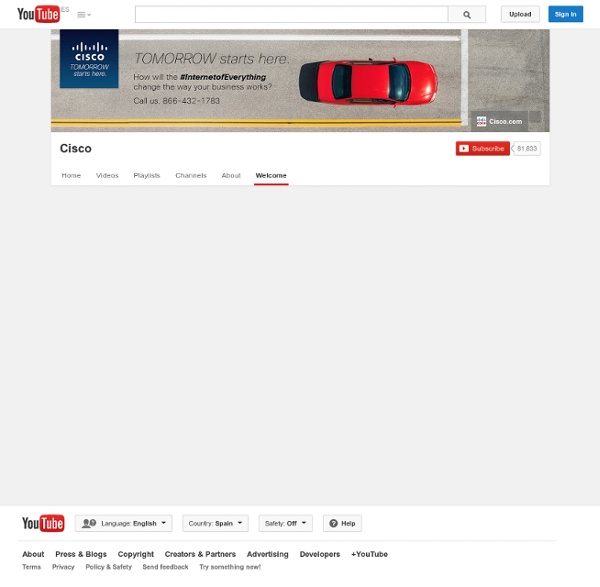 AAA and VTYs in IOS-XR : Bingo Continuing on the IOS-XR saga, this is the newest bunch of things that don't "work as expected" (© Cisco). Well, as expected by me, not by Cisco. Everything started while trying to configure a primary and backup aaa login method on an ASR9k, when i realized that... 1) having a backup aaa login method with the same tacacs servers as the ones in the primary aaa login method (which is using the management vrf) doesn't work Imagine the following aaa configuration: Free Cisco Video Training 2016 Want to become a CCNA? Cannot find any appropriate FREE video, that is legal? Cannot find any quality video that breaks down the learning process into simple to follow steps?Well, NetworKing came into being to bring quality training to students for FREE. We currently have a large database of different training videos covering almost all the major certifications in the world. Please subscribe to our YouTube channel to Watch the World's best training video, FREE for personal use!

GCF success makes Songdo global star city By Kim Rahn, Kim Tae-jong The selection of Songdo, Incheon, as the location for the secretariat of the Green Climate Fund (GCF) is expected to have a sweeping impact on the city’s profile, not to mention bringing economic benefits. Officials of Incheon, which governs Songdo International Business District, said Sunday that the size, influence and status of the GCF is much larger and higher than other international organizations which have been located in Korea so far. “With the GCF secretariat, Incheon and Songdo will emerge as the center for international environment activities and environmentally-friendly technology,” a city official said. He said by beating strong competitors Geneva and Bonn, the world has acknowledged Songdo’s competitiveness as an international business zone. Songdo was designed to offer high-tech facilities and a good living environment for businesspeople from all around the world, dubbed as “a compact and smart city.”

Set Up Your Own VPN, Without the Expensive Software Set Up Your Own VPN, Without the Expensive Software By Eric Geier If you want secure access to your network when away from the office, you can setup a Virtual Private Network (VPN ). You can connect via the Internet and securely access your shared files and resources. You don't have to buy an expensive VPN server if don't have a lot of users. ASR9000/XR: The concept of a SMU and managing them Introduction A SMU is a software maintenance update, or simply put a patch, that can be loaded on the XR device you are running. The concept of a SMU applies to all XR devices, although this article focuses on the ASR9000 primarily. When the system is running into a SW deficiency (a.k.a. a bug) Cisco can provide a patch for that particular problem in order for you to keep running your base release, but get free of the problem at hand. This is a substantial difference over the classic IOS that has no capability to apply a single fix in a single component on top of the base release run.

How Does the Internet Work? © 2002 Rus Shuler @ Pomeroy IT Solutions, all rights reserved Contents Introduction How does the Internet work? Clark Green City masterplan out by Q1 2013 The government says the development will be like South Korea's Songdo, which boasts of sustainable buildings and eco-friendly facilities MANILA, Philippines - The Bases Conversion Development Authority (BCDA) is scheduled to release the masterplan for its Green City in the Clark Economic Zone in the first quarter of 2013. In a presentation to the inter-agency Infrastructure Committee (Infracom) on Wednesday, October 30, the BCDA unveiled its plans to build the Clark Green City in a 35,000-hectare location inside the economic zone. National Economic and Development Authority (NEDA) Director General Arsenio Balisacan, who chairs the Infracom, said the city will be developed over a 50-year period through the Public-Private Partnership (PPP) scheme. "It's a very environment-friendly development. It has residential, business (and commercial establishments).

Interactive certification roadmap Start here MTA - Fundamentals for IT Infrastructure The Microsoft Technology Associate (MTA) IT Infrastructure Track is an optional step that validates essential IT concepts and help you prepare for MCSA certification 349: Windows OS Fundamentals 365: Windows Server Admin Fundamentals 366: Networking Fundamentals 367: Security Fundamentals Understanding ELAM With the increasing complexity of networking devices and protocols, it can be extremely difficult to pinpoint the source of a networking problem. Often we need to determine if a frame was received and forwarded correctly on a particular device. There are several capturing tools, debugs, and tricks available to help answer this question.

New Songdo City: Atlantis of the Far East - Asia - World Attempting a mammoth project like that would be a risky venture at the best of times, let alone in the middle of Asia's worst business slump since the Second World War, and when tensions with a volatile neighbour are reaching fever pitch. Putting it mostly in the hands of a single, largely untested, US firm and financing it with recycled real-estate profits sounds like an act of lunacy. Yet this is what is happening in South Korea and strangely, it appears to be working. Built on 1,500 acres of land reclaimed from the Yellow Sea off Incheon, about 35 miles from the South's capital Seoul, New Songdo City is billed as the largest private real estate development in history – Korea's answer to Shanghai and Dubai. Five years ago, it barely even existed on a map. That only scratches the shiny surface of Songdo's ambition.

line vty 0 4 skiefling37 wrote:My understanding is that this enter configuration mode for the vty lines, but what are the vty lines? are they used for telnet connections to the device youre configuring? Yes, they are logical "connection points" to the router, that are used by Telnet as well as SSH to remotely access your router.

Innovative Troubleshooting Tools in Cisco Switches At Cisco TAC, when the phones ring for P1/P2 outages, a typical problem we hear from customers is about connectivity issues between end-hosts and/or end-users' application performance issues. In an enterprise core/distribution and datacenter network, where virtual switching solutions (like, VSS or vPC) are highly deployed with large number of port-channels / redundant links, it is challenging and critical to trace the path of the packet to identify the device, link and port causing the above-mentioned problems. How does a TAC engineer really find the device / link / port in issue ? The answer is ... by using the innovative tools discussed here.

Cisco's Big Bet on New Songdo: Creating Cities From Scratch Stan Gale is exultant. The chairman of Gale International yanks off his tie, hitches up his pants, and mops the sweat and floppy hair from his brow. He's beaming like a proud new papa, sprung from the waiting room and handing out cigars to whoever happens by. Beckoning me to follow, he saunters across eight lanes of traffic toward his baby, delivered prematurely days before. Ten years ago, Gale was a builder and flipper of office parks who would eventually become known for knocking down the Boston landmark Filene's Basement and replacing it with a hole in the ground. But Gale's fate began to change in 2001 with a phone call from South Korea.