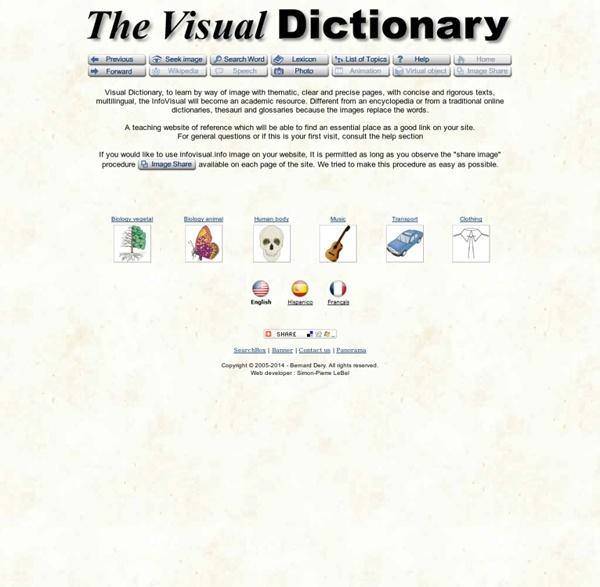 Free Visual Dictionary & Thesaurus | Online Dictionary | Associated Words | Synonyms Dictionary at SnappyWords.com - Pale Moon project Lessons From McGraw Hill: The Eurocentric Influence on History Textbooks and Classrooms Earlier this month, McGraw Hill found itself at the center of some rather embarrassing press after a photo showing a page from one of its high-school world-geography textbooks was disseminated on social media. The page features a seemingly innocuous polychromatic map of the United States, broken up into thousands of counties, as part of a lesson on the country’s immigration patterns: Different colors correspond with various ancestral groups, and the color assigned to each county indicates its largest ethnic representation. The page is scarce on words aside from an introductory summary and three text bubbles explaining specific trends—for example, that Mexico accounts for the largest share of U.S. immigrants today. The recent blunder has to do with one bubble in particular. Pointing to a patch of purple grids extending throughout the country’s Southeast corridor, the one-sentence caption reads: McGraw Hill swiftly did its damage control. Take the Civil War. Related Video

Lexipedia - Where words have meaning - Pale Moon project Is there one great phrase to boost student effort and performance? - Assessment Literacy Have you read Daniel Coyle’s book, The Talent Code? It dives into patterns that are common across some of the world’s talent hotbeds. If you liked it, be sure to check out his blog – The Simple Phrase that Increases Effort 40%; it really resonated with my passion for formative assessment strategies. It’s also a phrase that needs to be shared with educators and parents alike. Teacher feedback is at the heart of successful formative assessment. In his blog, Daniel shared research by a team of psychologists from various universities that was designed to determine if there was a best practice for providing constructive feedback. “I’m giving you these comments because I have very high expectations and I know that you can reach them.” As Daniel points out in his blog: Looking closer, the phrase contains several distinct signals: 1) You are part of this group. 2) This group is special; we have higher standards here. 3) I believe you can reach those standards.

online graphical dictionary and thesaurus Visuwords™ online graphical dictionary — Look up words to find their meanings and associations with other words and concepts. Produce diagrams reminiscent of a neural net. Learn how words associate. Enter words into the search box to look them up or double-click a node to expand the tree. It's a dictionary! Visuwords™ uses Princeton University’s WordNet, an opensource database built by University students and language researchers. The Visuwords™ Interface To use the applet you only need to type a word into the search query at the top of the page and press 'Enter'. You can zoom the model in and out by rolling the wheel on your mouse. Understanding the links between Synsets "is a kind of" — hyponym/hypernym pair With regards to "wheat" and "grain", we see a cyan link from "wheat" pointing towards "grain" we can understand this to mean that wheat "is a kind of" grain.

The Boy Who Harnessed The Wind - Jump Into A Book Here begins the inspirational tale about a boy who had hope. A boy who believed that he could bring relief from drought and hunger to his people. William Kamkwamba, born in Malawi, knew what it was like to see life slipping away. He was born into a loving village where he would go to school, work the fields with his father, and enjoy the company of his extended family and community. But William watched it all go away as the sun’s heat burned bright and the rains would not come. Before the drought years arrived, William was always fascinated with electricity and how it worked. In a book called Using Energy, William had read about windmills. This didn’t deter William, however. Despite all of the roadblocks in his way, William didn’t let go of his dreams. He had access to a library which held old textbooks and he would spend hours reading and reviewing old science books. Soon news of Williams “electric wind” spread beyond the borders of his home village and inspired people around the world.

Kids explain how banned and challenged books helped them and even saved their lives / Boing Boing By Joan Bertin and Millie Davis Banned Books Week has come and gone but we can be sure of one thing: the coming year will be marked by challenges to the same kinds of books that were controversial this year, and in years past. report this ad Controversies over what books are taught in class or shelved in the school library typically start when an adult—usually a parent or community member—feels that a book selected by teachers and librarians is inappropriate, offensive or objectionable. Ironically, some of the most frequently challenged books are the very books that young readers say are especially important and meaningful to them. To explore the significance of controversial books for young readers, we asked authors of frequently challenged books to share messages they’ve received from their readers. As a result, we have received hundreds of messages testifying to the positive effects of reading the very books that are frequently challenged and sometimes censored. I Am 15 Years Old….

What Kids Need From Grown-Ups (But Aren't Getting) : NPR Ed Annelise Capossela for NPR Erika Christakis' new book, The Importance of Being Little, is an impassioned plea for educators and parents to put down the worksheets and flash cards, ditch the tired craft projects (yes, you, Thanksgiving Handprint Turkey) and exotic vocabulary lessons, and double-down on one, simple word: Play. That's because, she writes, "the distinction between early education and official school seems to be disappearing." If the name sounds familiar, that's likely because Christakis made headlines last October, writing an email that stirred angry protests at Yale, where she is a lecturer at the Yale Child Study Center. When a campus committee sent students a memo urging restraint in choosing Halloween costumes and asking them to avoid anything that "disrespects, alienates or ridicules segments of our population based on race, nationality, religious belief or gender expression," Christakis wrote a memo of her own. On the other hand, curriculum is often very boring.

15 inspiring quotes chosen by teachers, for teachers “Motivation, creativity and freedom are my most powerful educational tools,” says Cyprus teacher Evanthia Poyiatzi. To sharpen your motivation, creativity and freedom this week, read (and share!) the 15 inspiring ideas and quotes below — handpicked for you by Evanthia and her fellow TED-Ed Innovative Educators: Education is not the filling of a pail, but the lighting of a fire. “For the mind does not require filling like a bottle, but rather, like wood, it only requires kindling to create in it an impulse to think independently and an ardent desire for the truth.” — Plutarch “I’ve learned that people will forget what you said, people will forget what you did, but people will never forget how you made them feel.” — Maya Angelou “Let us remember: one book, one pen, one child and one teacher can change the world.” — Malala Yousafzai “We are what we believe we are.” — C.S. “We must take sides. “Well-behaved women seldom make history.” — Laurel Thatcher Ulrich “I have not failed.

Donald Trump Cuts Library Funding - Institute of Museums and Library Services FundingCut When you introduce yourself as a librarian at a dinner party — as I have been doing for my whole adult life — you usually receive one of two responses: either the dreaded “But wait … aren’t libraries, like … dying? Because of Google?” or the well-intentioned, but gently incorrect “You must love books, huh?” It’s not that librarians don’t typically love books — most of us do! But our (not even remotely dead) profession’s true backbone isn’t mere bookishness — it’s a near-pathological enthusiasm for helping people. And, contrary to the frequent reports of our demise at the hands of Google, Americans need the help libraries and librarians supply more than ever now. Advertisement - Continue Reading Below All of which makes President Donald Trump’s decision to ax federal funding for libraries especially painful — we are solving huge, pressing problems, Mr.