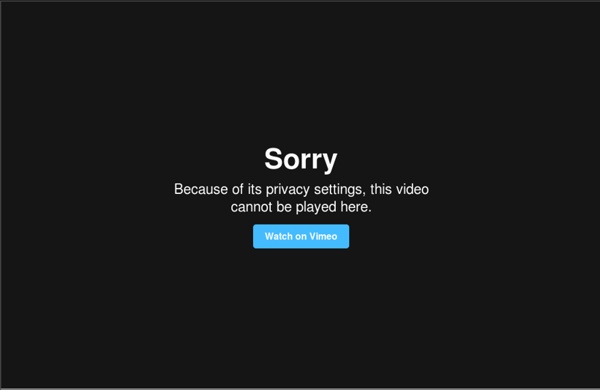 Related:  Inspiring movies for ESL • Reading on the web

Elementary Reading | Tom's Day Read the following text, then do the exercise below. On Sunday, Tom gets up at 10 o'clock. Then he reads his newspaper in the kitchen. He has breakfast at 11.30 and then he telephones his mother in Scotland. In the afternoon, at 1.00, Tom plays tennis with his sister and after that, they eat dinner in a restaurant. At 6.00, Tom swims for one hour and then he goes by bike to his brother´s house. Look Up This EFL lesson is designed around a short film and poem by Gary Turk and the theme of isolation caused by the use of new technology. Students watch a short film with no sound and speculate about the story it tells, read a poem and discuss digital technology, social media and isolation. I would ask all teachers who use Film English to consider buying my book Film in Action as the royalties which I receive from sales help to keep the website completely free. Language level: Upper Intermediate (B2) – Advanced (C1) Learner type:Teens and adults Time: 90 minutes Activity: Watching a short film, reading a poem and speaking Topic: Digital technology and isolation Language: Vocabulary related to digital technology and social media Materials: Short film and poem Downloadable materials: Look up lesson instructions look up poem Support Film English Film English remains free and takes many hours a month to research and write, and hundreds of dollars to sustain. Step 1 Show the film and pause at 02:22. Step 2

The Seven Best Short Films for ELT Students - Kieran Donaghy I’ve been writing lesson plans designed around short films for my website Film English for six years. Teachers often ask me how I find the short films I use in my lesson plans. The answer is quite simple: I’ve watched literally thousands of short films and developed an instinct for the type of engaging and simple short films which will work in the ELT classroom. The Mirror The Mirror is a short film by Ramon and Pedro which tells the story of a boy’s journey from childhood to old age. The Notebook The notebook is a moving short film by Greg Gray and is wonderful for introducing the theme of empathy. The Present The Present is a gripping short film with a wonderful twist by Jacob Frey which deals with the themes of empathy, teenagers and disability. Soar Soar is a delightful short film by Alyce Tzue which can be used to get students to predict and write a narrative. I Forgot My Phone i-Diots Fear of Flying I hope you like the short films and find the lesson plans useful.

Love and Friendship | Moderna språk Lagaholmsskolan Introduction Watch the video: What is love? We are going to analyze different aspects of love in the following weeks. You will read the popular novel ”The Perks of Being a Wallflower” by Stephen Chbosky. 1. Part 1: Pages 1-42 Who do you think Charlie is writing to? Tea and consent (video) / Dear Dad (video) 11. Vocabulary 1 Vocabulary 2 Part 2 2. Vocabulary 3 Discussion1 : Dear Agony aunt, Advice (read the piece of advice you gave) Discussion 2: Expectations ”I asked my brother if Kelly was unconventionally beautiful. The science of attraction (video)Charlie´s sister and brother have an argument about how girls think they should act to fit in society. The masks we all wear (Video) Gender equality (video) Redefine yourself. 3. “I am starting to see a real trend in the kind of books Bill gives me to read. 4. Choose one radio program and listen to it. 5. Choose a song that you think describes best the book.Tell the class why you think just that song fits the book. 5.

11 Quick and Amazing ways to use PowToon in your Classroom by PowToon! I recently read a study on creativity that blew my mind: “A major factor in creativity is education: not whether you had a “good” or “expensive” or “public” education, but whether you were encouraged to develop your creativity starting at an early age and continuing throughout your school years.” – Adobe.Inc We saw this first-hand, when Edson Tellez, a volunteer teacher in rural Mexico, wrote to us about how PowToon changed the way his students viewed the world, “they’re getting more creative, more receptive, and more dynamic in each class.” The mind blowing fact is that developing creativity is the number one determining factor in the overall success of your students! And PowToon wants to help you ignite this creativity! We are standing at an incredible moment in time, at the intersection between technology and creativity…And this is why we at PowToon, have dedicated ourselves to creating the most exciting, engaging, out-of-this-world templates for school! 2. 3. 4. (Ms. 5. 6. 7. 8. 9. 10.

Merry Christmas Mr Bean Teacher's note; The activities in the worksheet at the bottom of this post are based on the full episode available on DVD or on y cannot be embedded here). This post contains some exercises based on the embeddable youtube clips. The answers are in the worksheet. DVD availablehere Mr Bean celebrates the traditional British Christmas: the baubles, the crackers, the nativity scene, the carols, the presents, the turkey and the mistletoe... they are all here. You are going to discuss Christmaswatch the Christmas Mr Bean episode and do some activitiesfind Christmas words in a word search exercise write the story in the past tensefind out more about the typical British Christmas and some of the Christmas things in the video. Discuss Do you celebrate Christmas? Watch clip 1 Answer the questions in the interactive exercise after you watch Did Mr Bean have any Christmas decorations? Now do exercise 1 (the answers to questions 9 and 10 are in the next clip) Watch clip 2

Shakespeare - Hamlet | LearnEnglish Teens | British Council Hamlet, the Prince of Denmark, has come back from university to find that his father, the old king, is dead. His mother has married his father’s brother, Claudius, who is now king of Denmark. Hamlet is shocked that his mother has married so soon after his father’s death, and angry that she has married Claudius. Soon, a ghost is seen walking on the castle walls. Hamlet can’t believe that his mother would marry the man who murdered her husband. A group of travelling actors arrives in town. Hamlet’s plan works. This of course means that Hamlet has killed the father of his girlfriend Ophelia. At the end of the play, all of the royal household of Denmark are dead.

Taking Notes By Hand May Be Better Than Digitally, Researchers Say Laptops are common in lecture halls worldwide. Students hear a lecture at the Johann Wolfang Goethe-University on Oct. 13, 2014, in Frankfurt am Main, Germany. Thomas Lohnes/Getty Images hide caption toggle caption Thomas Lohnes/Getty Images Laptops are common in lecture halls worldwide. As laptops become smaller and more ubiquitous, and with the advent of tablets, the idea of taking notes by hand just seems old-fashioned to many students today. For one thing, research shows that laptops and tablets have a tendency to be distracting — it's so easy to click over to Facebook in that dull lecture. In the study published in Psychological Science, Pam A. "When people type their notes, they have this tendency to try to take verbatim notes and write down as much of the lecture as they can," Mueller tells NPR's Rachel Martin. Mueller and Oppenheimer cited that note-taking can be categorized two ways: generative and nongenerative. But the students taking notes by hand still performed better.

The evolution of the book - Julie Dreyfuss Prior to the release of the Amazon Kindle in November 2007, Stephen Levy commented in his Newsweek article, “Amazon: Reinventing the Book,” on the concept of the book as an invention. Quoting Amazon CEO Jeff Bezos directly, Levy writes that “‘books are the last bastion of analog.” This phrasing suggests the book as a set of definable qualities that can be manipulated, redefined, and commodified. But Levy also issues a warning that eventually “the surge of technology will engulf all media.” The idea of a book as a physical object may prove obsolete. If you have an interest in the history of the book and the study of the object itself, then methodology may help to guide your investigation.

Related:
Related:  Inspiring movies for ESL   -  Reading on the web