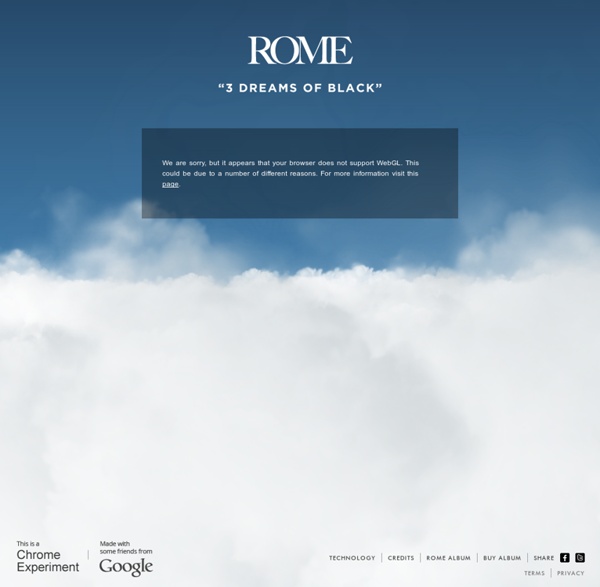 Pandemic 1.0 — 4 Inspiring Examples of Digital Storytelling Layla Revis is vice president of digital influence at Ogilvy PR Worldwide. Her specialties include international affairs, tourism and multicultural marketing. In 2011, Sundance Film Festival created The New Frontier Story Lab, an initiative created to foster the development of a new style of media production. The New Frontier Story Lab helped many an interactive narrative come to life. President of the National Film Board of Canada, Tom Perlmutter's multi-platform interactive productions have also been revolutionizing transmedia. At the intersection of films, games and the Internet, today's creators are using multiple platforms, where the audience can actively reshape the stories themselves. 1. Blurring the line between the wired world and the wild world, the National Film Board of Canada’s Bear 71 is a multi-user interactive social narrative that observes and records the intersection of humans, nature and technology. 2. 3. 4. Image courtesy of iStockphoto, shevvers

Algorithm-Powered Movie whiteonwhite:algorithmicnoir Computes at Sundance | Underwire A scene from the computer-powered film whiteonwhite:algorithmicnoir. PARK CITY, Utah — It’s never the same movie twice. [bug id="sundance"]Eve Sussman’s experimental cinema project whiteonwhite:algorithmicnoir uses a computer to build a movie out of 3,000 video clips, 80 voiceovers and 150 pieces of music. Though it makes choices in largely random fashion, the computer is surprisingly adept at editing together a pretty good movie. whiteonwhite played three shows at the Sundance Film Festival (it has also been performed in New York and will soon travel to Berlin and Santa Fe, New Mexico). “Sometimes it works like we expect it would…. The program that drives whiteonwhite operates on similar principles to Pandora. Most of whiteonwhite — shot in Aktau, Kazakhstan — is dank, paranoaic and intended to look, in Sussman’s words, “retro-futurist.” The bits of story the audience can glean follow Holz (played by Wood), a mysterious geophysicist who may or may not be a double agent.

Online screening: Journey To The End Of Coal A project powered by Klynt Editing & publishing app. Journey To The End Of Coal tells you the story of a sacrifice. A sacrifice millions of Chinese coal miners are making everyday, risking their lives and spoiling their land to satisfy their own country’s appetite for economic growth. Your journey begins in Datong which is located just a couple hours away West from Beijing. In and around the coal mines, you get the story first hand from the mingong, the rural migrants traveling their country looking for work. At your own pace and will, you meet them and learn more about how they live in this valley of death and pollution, sometimes even literally bumping into them as they leave their home for their night shift, in the frozen winter of Northern China. Ultimately, you might discover China forbidden mines in which happen most of the accidents. First released on French news portal lemonde.fr with more than 1.5 million page views.

TRANXMEDIA | Summit How New Platforms, Streaming Media Change the Equation for Indie Filmmakers Traditionally, there were three main types of distribution for the work of independent filmmakers: theatrical, broadcast and straight to DVD. Most filmmakers hoped for a combination of all three. But everything has changed. The digital online world has opened up new avenues of distribution including video on demand, live streaming, and mobile and tablet applications. Indie filmmakers are harnessing these digital forms of distribution to increase their audience and maintain control of their film, but the “how and where” their film is viewed, the financial recovery of production costs, and their eligibility for awards all factor into their choices. “Every film has its own path,” said director Tiffany Shlain, remembering something she once heard that stuck. Today, choosing that path is more complicated then ever. Traditional Audience or Isolated Viewer? The lights dim, we share popcorn with the person next to us, and the movie begins. Is one better than another? “For Lovers Only” trailer

The Karada The Miracle Mile Paradox ARG by Transmedia LA Rexford Higgs, in the video above, is just one of many characters with which you will be able to interact as if they were real people in The Miracle Mile Paradox, an alternate reality game (ARG) set in a historic neighborhood of Los Angeles. The game will run for 14 weeks this summer and will be playable both online and in real life for free! It's simple! Beginning in May (we hope!) But know that you don't have to play alone. Anyone with a taste for adventure! The online world: Rex's blog, websites, Twitter accounts, Facebook pages, Linkedin profiles, Pinterest boards, email accounts and much, much more. The plan is to have the online gamers from all over the world interact with the players participating in the live experience in Los Angeles. ARGs have been around for a few years, but they are not quite mainstream (yet). All of the money is going towards the expenses needed to run both the online and live experience components such as: There is no catch! We certainly hope so!

Secret Location Combines Gaming, Interactivity, and Telephony With Mysterious Film "The Sevens" When visiting the website of a creative company, the expectation is to find some contact information and selections of work and/or a demonstration of just how desperately social-media-savvy the proprietors are. When you visit the site of Secret Location and a phone starts ringing, however, you know something altogether different is going on. Clicking on the persistently ringing phone initiates a multi-layered narrative experience that seamless combines short film, interactivity, and gaming. Dubbed The Sevens, the experience is the centerpiece of Toronto-based interactive agency Secret Location’s relaunched website and is designed to surprise and entertain while showcasing the extent of the company’s skills. The Sevens begins and ends with a phone call and contains three puzzles for viewers to solve. James Milward, Secret Location founder and executive producer, says that the idea for The Sevens was born four years ago in the company’s first portfolio site.

AT&T and BBDO Launch Mega-Media Storytelling with Daybreak branded entertainment Posted by Mark J. Miller on June 8, 2012 04:38 PM Plenty of people are happy just sitting through a television show, zipping through its commercials via DVR, and soaking in the passive experience. But plenty are looking to be a little more involved in their entertainment and AT&T is taking the first steps to get them there. The brand just launched an action-adventure drama entitled Daybreak as a tale told through five online films, two websites, and, of course, a smartphone app. Kring explained in a blog post for AT&T that the branded entertainment project was inspired by his visit to AT&T Labs two years ago, a relationship that has come in handy because a mysterious element in the final three episodes of that series this season, the dodecahedron, is a central plot twist in Daybreak in a nifty bit of cross-promotion. More about: AT&T, BBDO, Tim Kring, Fox, Touch, 24, Branded Entertainment, Digital, AT&T Labs, Technology, Mobile, Apps, Video, Branded Content