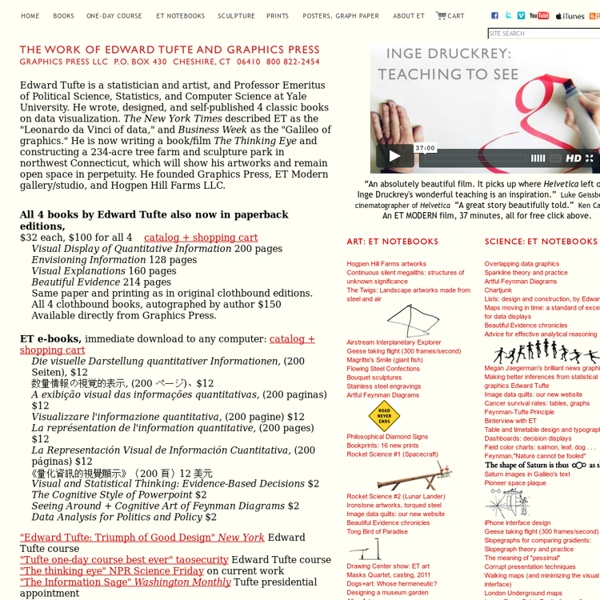 About John Snow John Snow is an iconic figure in epidemiology and public health, best known for his work on cholera, for a famous map, and for organising the removal of a pump handle in Soho. Less well known are his important contributions to anaesthesia and to epidemiological methods, and his engagement in public debates of the time. The breadth and depth of Snow’s activities provide a model for population researchers concerned not only with sound method but also with bringing their results to public benefit.

Do more with dates and times in R with lubridate 1.3.0 note: This vignette is an updated version of the blog post first published at r-statistics Lubridate is an R package that makes it easier to work with dates and times. Below is a concise tour of some of the things lubridate can do for you. Lubridate was created by Garrett Grolemund and Hadley Wickham. Infographic Of The Day: Are U.S. Cities Like Detroit Really Dying? Flight to the suburbs, urban decay, ruin porn--we've all become yawningly familiar with these tropes of modern migration. But a set of fascinating new maps based on data from the 2000 and 2010 U.S. Census shows that, if you look really closely, those ho-hum trends aren't as simple as they seem. Would you believe that buried in the downtown heart of supposedly dead Detroit, there's actually been an influx of residents? Well, here's the proof in black and white--or rather, blue and red (the blue areas have seen population growth over the past decade; red areas have declined):

Visual Business Intelligence For data sensemakers and others who are concerned with the integrity of data sensemaking and its outcomes, the most important book published in 2016 was Weapons of Math Destruction: How Big Data Increases Inequality and Threatens Democracy, by Cathy O’Neil. This book is much more than a clever title. It is a clarion call of imminent necessity. Data can be used in harmful ways. This fact has become magnified to an extreme in the so-called realm of Big Data, fueled by an indiscriminate trust in information technologies, a reliance on fallacious correlations, and an effort to gain efficiencies no matter the cost in human suffering.

Progressive Reduction: Evolving the Experience for Your Most Frequent Users I’m a big fan of minimalist design, so whenever I have the opportunity to reduce the information presented on a screen to just the bare essentials, I’m happy. With that in mind, I realize that certain patterns that we (designers) want users to execute require learned behaviors. For this, we often use labels, tooltips, etc. so that users know where to go and what to do. However, this can often lead to visual clutter, especially when we start looking at mobile screens or applications with a shit ton of icons. Susnpot Drawings Galileo's Sunspot Drawings In 1612 during the summer months, Galileo made a series of sunspot observations which were published in Istoria e Dimostrazioni Intorno Alle Macchie Solari e Loro Accidenti Rome (History and Demonstrations Concerning Sunspots and their Properties, published 1613). Because these observations were made at appoximately the same time of day, the motion of the spots across the Sun can easily be seen. To illustrate this, thirty-six of Galileo's sunspot drawings have been placed in sequence as "flip-book" type animation which can be played at two different speeds. The faster animination better demonstates to movement of the sunspots.

Do more with dates and times in R with lubridate 1.1.0 This is a guest post by Garrett Grolemund (mentored by Hadley Wickham) Lubridate is an R package that makes it easier to work with dates and times. The newest release of lubridate (v 1.1.0) comes with even more tools and some significant changes over past versions. Below is a concise tour of some of the things lubridate can do for you. At the end of this post, I list some of the differences between lubridate (v 0.2.4) and lubridate (v 1.1.0). Infographic: How To Make Every Coffee Drink You Ever Wanted The folks at PopChartLab have already tackled breweries, cocktails, and pies with their eye-pleasing infographics, each one meticulously researched and gorgeously rendered. It’s a process[/url ] that undoubtedly involves a lot of coffee. Their newest work celebrates the whole family tree. Click to enlarge. The [url= Coffee Chart lays out the entire coffee ecosystem, outlining how various methods of production, including the French press, Kyoto dripper, and Neapolitan flip, among others, are used to create coffees, cortados, cappuccinos, and more.

Visualization Visualizing data through charts, graphs, and diagrams helps you deliver bite-sized information that viewers will understand at a glance and retain for the long run. During my workshops, webinars, and training videos, we focus on researcher-specific considerations: designing with stakeholders’ information needs front and center, using readily available software like Microsoft Excel, and thinking through dozens of chart types—dot plots, small multiples, heat maps, and more—that can be applied to the social sciences. My goal is to equip you with critical thinking skills and technical know-how create visualizations faster and easier than you ever thought was possible. Read my latest articles about selecting appropriate chart types, applying best practices to your charts, and more. View excerpts from my latest conference presentations and read my articles that are guest-published through other organizations’ blogs. Is your team overdue to step up your data game?