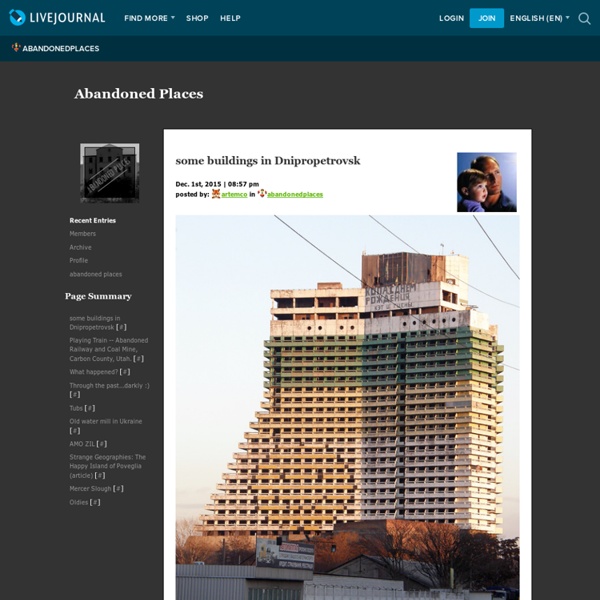 Abandoned Places Forgotten Texas: 15 Abandoned Places Nature Is Reclaiming Posted in Texas April 24, 2015 by Kristen Lawrence Texas is home to a lot of ghost towns, and with forgotten towns comes boarded-up, overgrown, forgotten buildings, too. These buildings once housed thriving businesses, homes, and attractions, but now we can only speculate about the memories made as nature devours the man-made structures. 1) The Wurzbach House in Rio Medina: it once housed early settlers of the area, but now only dust and sprawling tree roots settle in their place. 2) Mosheim School: the crumbling ruins of a school once teeming with children sits in the small town of Mosheim near Waco. 3) A boarded-up, moss-covered Administration Building in Waco. 4) Falling Church located in South Bend: it looks on the verge of collapse, but the fragile wood stands strong against the mighty forces of nature. 5) Abandoned store in Duffau, Texas. 6) The trees surrounding this abandoned home in Texola whisper their secrets about what lies inside. 13) J.P.

Top 10 Travel The Ghost City – an apocalyptic inspiration for filmmakers for as long as I can remember. There is nothing more surreal than witnessing an abandoned city, and writers through the ages have grabbed hold of this fact with both hands. There is however some degree of foundation to this surreality. However it happens, the topic interests me greatly. Founded in 1876, Bodie is the authentic American ghost town. Dwindling resources proved fatal however, and although greatly reduced in prominence, Bodie held a permanent residency through most of the 20th century. Today, Bodie is preserved in a state of arrested decay. More of a modern choice this time. After this the whole thing received the cover-up treatment. Varosha is in the Turkish occupied city of Famagusta in Cyprus. The Annan Plan had provided for the return of Varosha to Greek Cypriot control, but after the rejection of the proposal by Greek Cypriot voters this hand-over to Greek-Cypriots has not materialized. Hashima Island (??

Swift Meat Packing, Fort Worth Texas Right next to the Fort Worth Stockyards is a large abandoned industrial complex that used to be the Swift Meat Packing Plant. It was part of Gustavus Swift’s family of companies and was in operation from about 1902 to 1971. It soon fell into disrepair due to numerous fires from trespassing vagrants, gang activity and graffiti taggers. View Swift Meat Packing Plant in a larger map There are still several large buildings on the property that are open to some urban exploring though care should be taken, it’s quite apparent that numerous homeless have taken up residence here. I didn’t do this excursion alone. It really puts some nightmarish Freddy Kruger/Halloween thoughts in your head. The names I’m giving these buildings are for reference and based on the order we entered them or from what they looked like. It had a lot of internal damage from fires and the second level wasn’t accessible. If you will notice, the fourth floor of Processing 4 has no windows. Like this: Like Loading...

Photos of a Road Trip Home, With Pit Stops in the Abandoned Past An abandoned turnpike in Pennsylvania. During his visit, Seelie discovered that the abandoned roadway goes on for many miles, and becomes a strangely serene nature walk. (All Photos: Tod Seelie) This photo essay is one of a five-part series with Atlas Obscura and Olympus. New York-based photographer Tod Seelie grew up in the suburban environs of Cleveland, Ohio. En route, he photographed other sites of urban decay that dot the journey between New York and Ohio: an abandoned turnpike and a trolley graveyard in Pennsylvania; an observatory that had closed in 1983, with rusted domed roof; a disused church; and Concrete City, company housing built for mining employees in 1911 that still stands, grown over with weeds. The abandoned turnpike has several long tunnels carving through the mountains. A trolley graveyard in Pennsylvania. The interior of one of the trolleys that had started to lean heavily as the floor collapsed. The dome of an old observatory in Cleveland, Ohio.

USS Sachem Ruins The Celt, USS Sachem, USS Phenakite, Sightseer, and the Circle Line V. No matter what this ruinous ship was once called, it is now simply the Ghost Ship. Abandoned off of Lawrenceburg, Indiana in 1987, the ship that is now a favorite destination for kayakers was once an award winning navy ship that served proudly during both world wars. It served as a backdrop in a Madonna video, shuttled Thomas Edison about while he conducted war experiments, and attended Ronald Reagan's re-lighting of the Statue of Liberty's torch. Launched in 1902, the ship was originally intended as a luxury ride for a railroad mogul. 186 ft. of opulent yacht, the steam powered ship was a toy for the rich. The Sachem became the USS Sachem when war erupted and the Navy acquired the small, speedy vessel to combat the German U-boats and countless submarines wreaking havoc on British-American supply lines. Edison used the ship as a place to conduct his experiments on creative ways to destroy the sub threats.

Before Radios, Pilots Navigated by Giant Concrete Arrows The remnants of Transcontinental Air Mail Route Beacon 37A, which was located atop a bluff in St. George, Utah. (Photo: Dppowell/Wikipedia) Across the United States, from Los Angeles to New York, lies a network of mostly forgotten infrastructure, a system that was obsolete before it was ever finished—forgotten relics from the early days of powered flight. The early 20th century was an era of American history where Manifest Destiny seemed, well, manifest. Our modern style of mail delivery, air mail, debuted less than eight years after powered flight. A letter that traveled on the 1911 flight from Allahabad. In 1914, the first long-distance airmail delivery was achieved. Air travel and aviation in general was a difficult affair during the early twentieth century. An airway beacon in St. Before the beacons were put in place the mail-planes would land, and transfer their deliveries onto trains to travel overnight—reminiscent of the horse-and-rider swaps on the Pony Express. U.S.

Surveying the Ghost Cities of China The ghost city of Kangbashi China has been building like crazy. Parallel to rapid, gargantuan urbanization -- 300 million Chinese people moved to the city from the country in the past 2 decades -- land development and construction has boomed. As Vaclav Smil has noted, from 2011 to 2013, 6.6 billion tons of concrete were used in China -- that’s about 2 billion tons more than were used in the United States over the entire 20th century. But as it turns out, even in China, 6.6 billion tons of concrete might be too much concrete. Much of that concrete has gone into constructing new, large scale urban projects. A Brief History of Ghost Cities Over the past few years, China’s urban population has grown by roughly the population of Pennsylvania every year. Those urban populations need urban housing. How did these urban planners get it so wrong? “Who wants to be the mayor that reports he didn’t get 8% GDP growth?” Shanghai, a newly expanded, very populated Chinese metropolis (Mstyslav Chernov)