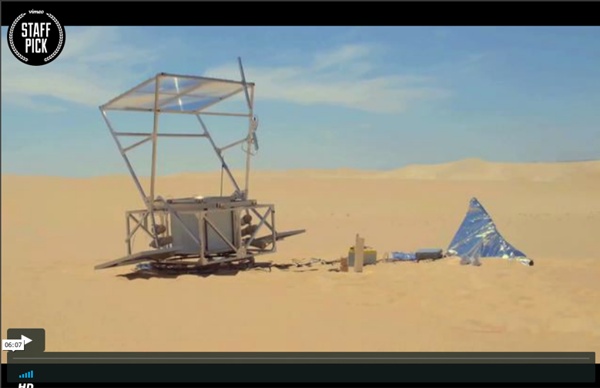 Porcelain Art by Kate Macdowell Article by James Pond I am the owner of Pondly.com / art lover / electrical engineer / software developer / MBA in e-business student. I blog for pleasure and love to share my Internet findings. Web site: Kate Macdowell creates stunning works out of porcelain. Kate’s work is aesthetically beautiful, but also has a lot of depth, as her pieces explore the interaction of humanity and nature.

We Live in Public Synopsis[edit] The film's website describes how, "With Quiet, Harris proved how, in the not-so-distant future of life online, we will willingly trade our privacy for the connection and recognition we all deeply desire. Through his experiments, including another six-month stint living under 24-hour live surveillance online which led him to mental collapse, he demonstrated the price we will all pay for living in public." "He climbs into the TV set and he becomes the rat in his own experiment at this point, and the results don't turn out very well for him,[5]" says Timoner of the six-month period Harris broadcast his life in his NYC loft live online. "He really takes the only relationship that he's ever had that was close and intimate and beaches it on 30 motion-controlled surveillance cameras and 66 invasive microphones. I mean his girlfriend who signed on to it thinking it would be fun and cool, and that they were living a fast and crazy Internet life, she ended up leaving him.

Sayaka’s recycled sculptures Sayaka Kajita Ganz was born in Japan but now she’s living and working in Indiana, USA. She use discarded objects, mainly made in plastic, like kitchen tools, hangers, etc, to create stunning sculptures inspired by animals and nature. She says about her work “It is a way for me to contemplate and remind myself that even if there is conflict right now, there is a way for all the pieces to fit together.”. Moss graffiti making tips (1 photos) Posted on February 23, 2012 in Humor If you’re new here, you may want to subscribe to our RSS feed or follow us on Facebook or Twitter . Thanks for visiting! Cyklop artifies street poles French artist Cyklop Paris is all set to cover different cities with his wonderful art of customizing poles and other objects .Cyklop plays extensively with the symbol of an eye. This symbol is found in almost all different part of the streets and can be eaisly identified as Cyklop street art . Incoming search terms: colorful poles Comments comments

75 Exceptional Moleskine Notebook Artworks Moleskine notebooks are a favorite among many artists, designers and writers. They come in a variety of shapes and sizes, and with many different kinds of paper. The elastic closure and pocket in the back of each one adds to their utility. The popularity of Moleskines among the art community ensures that there are thousands of great examples of Moleskine art out there. Flickr alone has a huge pool of Moleskine artists. One group, Moleskine: One Page at a Time, has nearly 4,000 members and more than 36,000 images in their pool.

carnovsky RGB Color est e pluribus unus RGB is a work about the exploration of the “surface’s deepness”. RGB designs create surfaces that mutate and interact with different chromatic stimulus.