The History of Nikola Tesla - a Short Story 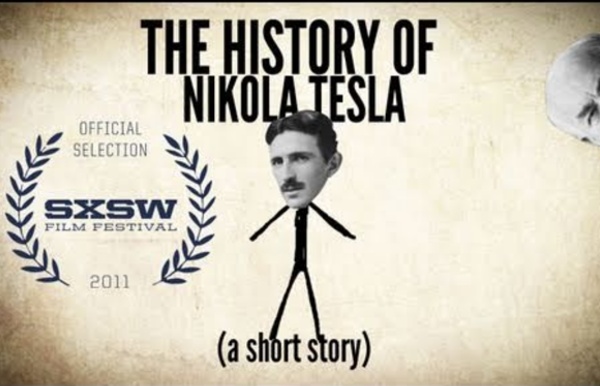 Fukushima: It's much worse than you think - Features "Fukushima is the biggest industrial catastrophe in the history of mankind," Arnold Gundersen, a former nuclear industry senior vice president, told Al Jazeera. Japan's 9.0 earthquake on March 11 caused a massive tsunami that crippled the cooling systems at the Tokyo Electric Power Company's (TEPCO) nuclear plant in Fukushima, Japan. It also led to hydrogen explosions and reactor meltdowns that forced evacuations of those living within a 20km radius of the plant. Gundersen, a licensed reactor operator with 39 years of nuclear power engineering experience, managing and coordinating projects at 70 nuclear power plants around the US, says the Fukushima nuclear plant likely has more exposed reactor cores than commonly believed. "The problem is how to keep it cool," says Gundersen. "They are pouring in water and the question is what are they going to do with the waste that comes out of that system, because it is going to contain plutonium and uranium. Radiation monitors for children

How does a particle accelerator work? A Staff Report from the Straight Dope Science Advisory Board January 24, 2002 Dear Straight Dope: How does a particle accelerator work? — Ryan, Tucson, AZ Jeez, if you're going to slam only two particles together at a time, you're going to be the absolute worst accelerator physicist ever. The first step in operating a particle accelerator is coming up with some particles to accelerate. The main tool for accelerating particles is powerful electric fields. Where do magnets come in? Obviously you need to steer your beam so that it collides with something, but there are other difficulties as well. However, most people don't have two miles to donate to particle acceleration (and you'd need a lot more than two miles to accelerate protons, which are 2000 times heavier than electrons). The other way magnets come into play is in focusing the beam. Finally you've got to steer the beam so it smashes into something. That brings us to the other particle smashing method, colliding beams. — Karen

llective nouns, groups of animals, terms for animal and other groups including birds. A CHAIN of bobolinks (whatever they might be!!) Melissa Bee. Just in case there is anyone else out there who, like me, doesn't know what a Bobolink is I have been reliably informed by Amelia B., that it is a small bird. The male is black and white with a yellow cap on his head and the female is golden brown with brown markings. Another name for a bobolink is a whippoorwill*** (their call sounds a little like someone saying the word whippoorwill). Thanks to Eric Pittenger for this additional information. *** Apparently this is not the case. Clarice Olle has been kind enough to point out that the above is in fact incorrect. A bob-o-link (short for Robert of Lincoln) is NOT the same bird as a whippoorwill. This is confirmed on the site at John Canepa as also provided the following information: Bobolinks and whippoorwills are two different birds.

How to Fix a Malware Infected Computer Even after malware has been removed from a computer many of the problems caused by it may still remain. That said, one of the first things you should do in order to fix any of these problems is to make sure that all infections have actually been removed. If you know that you still have infections on your computer then, instead of trying to fix problems while the malware is still present, you should first remove all infections. To do this please see my article about How to Clean An Infected Computer. Then, after you believe that all malware has been removed you should also check to make sure the computer is now clean by following the advice I give in How to Know If Your Computer Is Infected. Once you have confirmed that your computer is entirely free of malware you should then back up all of your important files. In order to fix your computer you only need to follow this article as far as is required to fix the problems you are experiencing. Index 1. 2. 3. B) Fix Common Internet Problems

Braves rookie Kimbrel replaces Cain on NL All-Star roster | Through The Fence Baseball Craig Kimbrel has came a long way since his days at Wallace State Community College. The Atlanta Braves rookie phenom Craig Kimbrel finally got the call Sunday night that he was headed to Arizona for the 2011 All-Star game. It was anticipated throughout the weekend that he would be joining baseball’s best, but the announcement couldn’t be made until the Giants game was played and Matt Cain started pitching. There was a chance the game could have been rained out or something crazy could have happened preventing Cain from pitching, which would have had him flying to Phoenix instead of Kimbrel. Kimbrel got the nod over fellow (disgruntled) teammate Tommy Hanson. Last week, Kimbrel (28 saves) passed Jonathan Papelbon‘s rookie record of 26 saves before the All-Star break. Since then, Venters has been a tad shaky, and manager Fredi Gonzalez acknowledged a little overload in Venters’ work, giving him a little more rest between games. He should have been an All-Star. comments