Rage Against The Machine - Sleep Now In The Fire 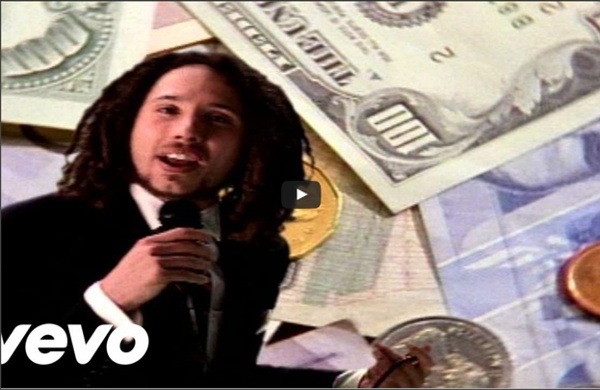 World Military Spending Global Issues The global financial and economic crisis resulted in many nations cutting back on all sorts of public spending, and yet military spending continued to increase. Only in 2012 was a fall in world military expenditure noted — and it was a small fall. How would continued spending be justified in such an era? Before the crisis hit, many nations were enjoying either high economic growth or far easier access to credit without any knowledge of what was to come. A combination of factors explained increased military spending in recent years before the economic crisis as earlier SIPRI reports had also noted, for example: Foreign policy objectivesReal or perceived threatsArmed conflict and policies to contribute to multilateral peacekeeping operationsAvailability of economic resources The last point refers to rapidly developing nations like China and India that have seen their economies boom in recent years. China, for the first time, ranked number 2 in spending in 2008.

US Analyst Warns Israel: Unilateral Attack on Iran 'Better Damn Well Be Successful' HERZLIYA, ISRAEL — US strategic analyst Anthony Cordesman warned June 8 that a unilateral Israeli attack on Iran — despite repeated calls for restraint from its key ally in Washington — “better damn well be successful to an extraordinary degree.” Otherwise, the veteran scholar told an Israeli audience at the annual Herzliya Conference here, “We’ll have to ask you, ‘What part of the word NO do you not understand.” Cordesman, the Arleigh A. “You need to understand that your unilateral action could have a critical impact on US-Israel relations,” he said. Speaking here as top US State Department officials were engaged in direct talks with Iranian counterparts in Geneva, Cordesman urged Israelis not to assume that the prospective agreement with Tehran “would be a wrong one.” The US, he said, “can deal very easily with failure of the peace process [with the Palestinians] and with unilateral tactical action by Israel for its own defense.”

An examination of Ty Cobb and Detroit The old liquor store on Trumbull Avenue was abandoned until a handyman turned it into a hip bar about three years ago. Motor City Ghettoblaster is now on tap at Woodbridge Pub, located on the outer edge of the once-crumbling Detroit neighborhood that bears its name. The Woodbridge Community Garden is across the way, home to tomatoes, lettuces, and outdoor art. Not far from here, at the corner of Commonwealth and One hundred years ago, Cobb moved into the north side of the three-story duplex on Commonwealth. The fields of Woodbridge were filling fast with an eclectic collection of Victorian homes, built densely to accommodate the city’s booming population. It was a good year for Cobb, who died 50 years ago this month. The brick duplex on Commonwealth wasn’t Cobb’s only Detroit home, but other structures in which he lived are long gone. The ballclub, however, played its final game at the corner of Michigan and Trumbull in 1999. Bennett Park was in its last year of life in 1911. Indeed.

History of anatomy Dissection of a cadaver, 15th century painting Ancient anatomy[edit] Egypt[edit] The study of anatomy begins at least as early as 1600 BC, the date of the Edwin Smith Surgical Papyrus. This treatise shows that the heart, its vessels, liver, spleen, kidneys, hypothalamus, uterus and bladder were recognized, and that the blood vessels were known to emanate from the heart. Other vessels are described, some carrying air, some mucus, and two to the right ear are said to carry the "breath of life",[clarification needed] while two to the left ear the "breath of death". Greek Advances in Anatomy[edit] Nomenclature, methods and applications for the study of anatomy all date back to the Greeks.[3] The early scientist Alcmaeon began to construct a background for medical and anatomical science with the dissection of animals. Many medical texts by various authors are collected in the Hippocratic Corpus, none of which can definitely be ascribed to Hippocrates himself. From ancient to medieval[edit]

Mass psychosis in the US Has America become a nation of psychotics? You would certainly think so, based on the explosion in the use of antipsychotic medications. In 2008, with over $14 billion in sales, antipsychotics became the single top-selling therapeutic class of prescription drugs in the United States, surpassing drugs used to treat high cholesterol and acid reflux. Once upon a time, antipsychotics were reserved for a relatively small number of patients with hard-core psychiatric diagnoses - primarily schizophrenia and bipolar disorder - to treat such symptoms as delusions, hallucinations, or formal thought disorder. Today, it seems, everyone is taking antipsychotics. It is anything but a coincidence that the explosion in antipsychotic use coincides with the pharmaceutical industry's development of a new class of medications known as "atypical antipsychotics." Not just for psychotics anymore Cost benefit analysis Making patients worse

Plutocracy: If Corporations and the Rich Paid 1960s Level Taxes, the Debt Would Vanish | Economy July 24, 2011 | Like this article? Join our email list: Stay up to date with the latest headlines via email. Once upon a time in America, back a century ago, our nation's rich paid virtually nothing in taxes to the federal government. But those average Americans would do battle, over the next half century, to rein in the rich and the corporations that made them ever richer. America's wealthy, predictably, counterattacked — and, by the 1980s, they were scoring successes of their own. Today, the rich and their corporations no longer bear anything close to their rightful share of the nation's tax burden. This “debt crisis” in no way had to happen. Some numbers — from an Institute for Policy Studies report released this past spring — can help us better visualize just how monumental this political failure has been. In 2007, Diamond and Saez point out, taxpayers in the nation's top 1 percent actually paid, on average, 22.4 percent of their incomes in federal taxes. No mystery here.

Introduction to Python for biologists | Martin Jones Introduction This is the index page for everything to do with the Python for Biologists course – a free introductory programming course for biologists, suitable for complete beginners. You can scroll down to start reading the course content right away as a set of web pages. You can also get the course as a free ebook in PDF format – enter your email address to get a copy of the ebook and exercises (and occasional notifications when the book is updated). If you prefer reading a real book, you can buy a copy of Python for Biologists here. There’s also a German translation of the material here. Comments, questions, and suggestions for the course are all very welcome – you can leave comments on each page from the list below, or email me at martin@pythonforbiologists.com. Table of contents Introduction and environment Printing and manipulating text Reading and writing files Lists and loops Writing functions Conditional tests Regular expressions Dictionaries Files, programs and user input

Top 5 History and Government Websites Whether you’re trying to discover the cause of a significant world event, understand the structure of the government, or research the life of an influential person, these history and government links can help you achieve success in your online studies. Check out the amazing charts, documents, and facts that are available to you. www.govspot.com Browse through reviews and hundreds of links to the best government related sites on the web. Contains leader email addresses, national archives, information on relevant issues, and more. www.hyperhistory.com Use this site to explore some of the essentials of history. www.biography.com Need to write a paper about Rosa Parks or interested in reading up on the greatest baseball stars of all time? www.archives.gov View historic documents, check out Congressional records, view online museums and more. www.loc.gov The Library of Congress webpage offers information on United States history, world history, facts, and other essentials.

VoCore: A coin-sized Linux computer with wifi What is VoCore? VoCore is a coin-sized Linux computer with wifi. It is also able to work as a full functional router. It runs OpenWrt on top of Linux. It contains 32MB SDRAM, 8MB SPI Flash and using RT5350(360MHz MIPS) as its heart. What can You DO with VoCore? 1. 2. 3. 4. 5. 6. And many many possibilities, awaiting discovery! What will You Get? You will not only get the VoCore but also its full hardware design including sch, pcb, bom; full source code including boot loader, os(openwrt), applications. The Life of VoCore VoCore Needs Your Help Now, after five months of hard work, I almost reach the goal, but unfortunately I find the production price will be too high for small quantities: 20 pieces of PCB board cost is $250 (four layers PCB with impedance); SMT for one board cost is $100. Where will Funds Go?

Squatting to Poop - Is It Healthy? | Mark&#39;s Daily Apple Welcome! If you want to lose weight, gain muscle, increase energy levels or just generally look and feel healthier you've come to the right place. Here's where to start: Visit the Start Here and Primal Blueprint 101 pages to learn more about the Primal Lifestyle. Thanks for visiting! A while back, I gave a bit of Link Love to Nature’s Platform (thanks, NeoPaleo), a contraption that fits over regular toilets and allows users to squat instead of sit. I’ve always been one to pull up a stool, have a seat, and ruminate on the past. So where does historical defecation posture fit into all this? If you want to be anal about it, there may actually be some concrete physiological benefits to squatting. Straining For one, squatting opens up the recto-anal angle, allowing the squatter to be a bit more lax when handling business. Hemorrhoids Hemorrhoids are another fixture of Western society that don’t enjoy the same prevalence in “squatting” countries. Other Claims Let me know what you think.

Full List - The 100 Best TV Shows of All-TIME - TIME First, I apologize. I know I left some of your favorite shows off this list. How do I know that? How did I settle on this list? —It’s My List… which means that it’s unavoidably subjective, indefensible and shaped by my experience. —… But It’s Not All About Me. —No Grading on A Curve. —Spread It Around. —It’s Not a Popularity Contest. —Two Shows, One Slot. —The One-Year Rule: I considered only shows that debuted before 2006, to see if they held up beyond one season or (if they lasted a year or less) if they have held up over time. Those are my rules; I took them seriously, and broke most of them at least once. Most of all, lists are about having fun and picking fights. Next The Abbott and Costello Show