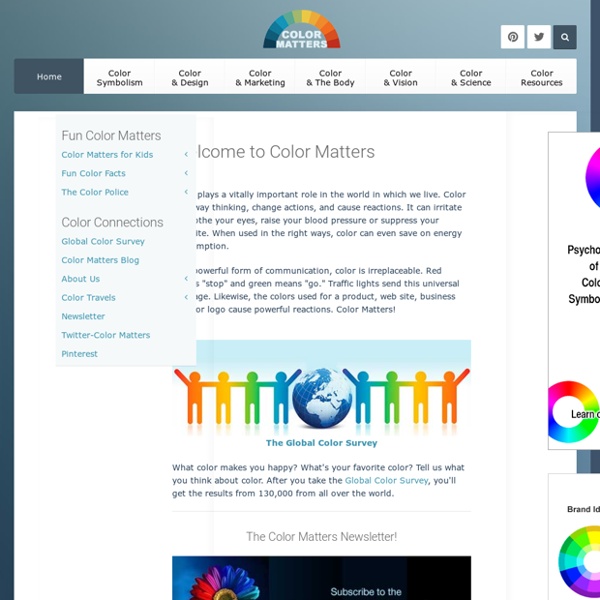 How Much Does Color Define A Logo? Seeing a logo that's been in your life for years all-of-a-sudden rendered in different colors can be as jarring as a friend's sudden dye job. They just don't look like themselves. And if they just don't look like themselves, how does this change the way we relate to them? In a recent experiment, Brazilian graphic designer Paula Rupolo swapped the color schemes of competing brands’ logos, revealing much about the power of designers' Pantone choices in determining identity. To overturn that first wave of identification, Rupolo washed the McDonald’s logo in the vegetable eco-green of Subway. "These are all big and famous brands," Rupolo says. Also interesting and a bit curious: The only instance of commenters to Rupolo's original blog post preferring the "after" effect was when she switched Yahoo’s to Google’s color scheme, though the company's color purple is a particularly divisive one--and it's hard to hate on a rainbow of primary colors. Different rules apply to soft drinks, however.

Seven Rules for Managing Creative-But-Difficult People - Tomas Chamorro-Premuzic by Tomas Chamorro-Premuzic | 3:00 PM April 2, 2013 Moody, erratic, eccentric, and arrogant? Perhaps — but you can’t just get rid of them. 1. 2. The solution, then, is to support your creatives with colleagues who are too conventional to challenge their ideas, but unconventional enough to collaborate with them. 3. As novelist John Irving said, “the reason I can work so hard at my writing is that it’s not work for me”. 4. 5. The moral of the story? 6. 7. A final caveat: even when you are able to manage your creative employees, it does not mean that you should let them manage others. Editor’s note: We updated the headline on this post April 10 to reflect that its intent is to discuss a small subset of people who happen to be both creative and difficult to work with; not to imply that all creative people are difficult.

Welcome to Colorcom - The Color Consultant Experts Complete Guide on How to Draw Manga Characters What to expect from this tutorial? I’m going to break it down into a few sections so it’s easier to follow. We will be covering everything from your initial character design, to rough sketches and inking, to shading and coloring. Not all manga is created equal – there are tons of nuances depending on the kind of style you’re into. Because of this, we’ll be focusing (at least in more detail) on drawing eyes, faces, and the differences in male and female characters. So, there you go. Need to Download Painter? Download a Free 30-Day Trial Now! Section 1 – Coming Up With an Idea for Your Manga Character This part should be a piece of cake, right? Easier said than done, I know. Once you have something in mind, start putting down some very rough doodles of how you want things to look. A few great resources for finding a good variety of characters are Pinterest, Anime Planet, and My Anime List. Section 2 – Sketching Out Your Character Now comes the fun part. Section 2.1 – Drawing Manga Eyes

Inkfumes Paul Cézanne Paul Cézanne (US /seɪˈzæn/ or UK /sɨˈzæn/; French: [pɔl sezan]; 1839–1906) was a French artist and Post-Impressionist painter whose work laid the foundations of the transition from the 19th-century conception of artistic endeavour to a new and radically different world of art in the 20th century. Cézanne's often repetitive, exploratory brushstrokes are highly characteristic and clearly recognizable. He used planes of colour and small brushstrokes that build up to form complex fields. Cézanne can be said to form the bridge between late 19th-century Impressionism and the early 20th century's new line of artistic enquiry, Cubism. §Life and work[edit] §Early years and family[edit] Femme au Chapeau Vert (Woman in a Green Hat. Going against the objections of his banker father, he committed himself to pursuing his artistic development and left Aix for Paris in 1861. §Cézanne the artist[edit] In Paris, Cézanne met the Impressionist Camille Pissarro. §Optical phenomena[edit] §Death[edit]

True Colors: What Brand Colors Say About A Business Studies have shown that a product’s color influences 60-80 percent of a customer’s purchasing decision, which makes choosing the wrong color a death sentence before your brand ever has a chance to get off the ground. The most recognizable labels in the world are defined by their colors. Take a second to think of some of the most popular brands that instantly come to mind: Coca-Cola, Facebook, Apple, McDonalds, and Google – to name a few. Color is one of the first things people notice about a brand, and there are a few colors which get the most play: blue, red, black/grayscale, and yellow. 95 percent of companies only use one or two colors, 5 percent use more than two, 41 percent use text only, and 9 percent don’t feature the company name at all. Click here or below for a full-sized version. via: Marketo