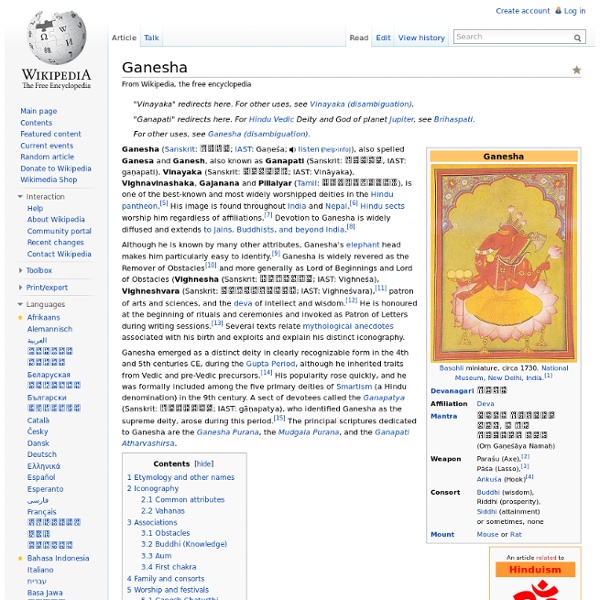 Kali Yuga Not to be confused with Kali Yug, a 1963 Italian film Current Yuga[edit] The duration and chronological starting point in human history of Kali Yuga has given rise to different evaluations and interpretations. According to the Surya Siddhanta, Kali Yuga began at midnight (00:00) on 18 February 3102 BCE[1] in the proleptic Julian calendar, or 14 January 3102 BCE in the proleptic Gregorian calendar. Most interpreters of Hindu scriptures believe that Earth is currently in Kali Yuga. Attributes of Kali Yuga[edit] Hindus believe that human civilization degenerates spiritually during the Kali Yuga,[5] which is referred to as the Dark Age because in it people are as far away as possible from God. References in the Mahabharata[edit] The Mahabharata War and the decimation of Yadavas thus happened at the Yuga-Sandhi, the point of transition from one yuga to another. Prophesied events during a Kali Yuga[edit] A discourse by Markandeya in the Mahabharata identifies some of the attributes of Kali Yuga.

Bhagavad Gita The Bhagavad Gita (Sanskrit: भगवद्गीता, bhagavad-gītā in IAST, Sanskrit pronunciation: [ˈbʱəɡəʋəd̪ ɡiːˈt̪aː]; lit. "Song of the Lord"), referred to as simply the Gita, is a 700-verse Hindu scripture in Sanskrit that is part of the Hindu epic Mahabharata. The Gita is set in a narrative framework of a dialogue between Pandava prince Arjuna and his guide and charioteer Krishna. Facing the duty as a warrior to fight the Dharma Yudhha or righteous war between Pandavas and Kauravas, Arjuna is counselled by Krishna to "fulfill his Kshatriya (warrior) duty as a warrior and establishing Dharma." Inserted in this appeal to kshatriya dharma (chivalry) is "a dialogue [...] between diverging attitudes concerning and methods toward the attainment of liberation (moksha)". The Bhagavad Gita presents a synthesis of the Brahmanical concept of Dharma, theistic bhakti, the yogic ideals of moksha through jnana, bhakti, karma, and Raja Yoga (spoken of in the 6th chapter). and Samkhya philosophy. Status[edit]

Krishna Krishna (Sanskrit: कृष्ण Kṛṣṇa in IAST, pronounced [ˈkr̩ʂɳə] ( According to the Bhagavata Purana, which is a sattvic purana,[6] Krishna is termed as Svayam Bhagavan since he was the purna-avatara or full incarnation of the Supreme God Vishnu.[7][8] Krishna is often described and portrayed as an infant or young boy playing a flute as in the Bhagavata Purana,[9] or as a youthful prince giving direction and guidance as in the Bhagavad Gita.[10] The stories of Krishna appear across a broad spectrum of Hindu philosophical and theological traditions.[11] They portray him in various perspectives: a God-child, a prankster, a model lover, a divine hero and the supreme being.[12] The principal scriptures discussing Krishna's story are the Mahabharata, the Harivamsa, the Bhagavata Purana, and the Vishnu Purana. Name and titles[edit] 14th-century Fresco of Krishna on interior wall City Palace, Udaipur As a name of Vishnu, Krishna listed as the 57th Name in the Vishnu Sahasranama. Iconography[edit]

Dalai Lama The Dalai Lama /ˈdɑːlaɪ ˈlɑːmə/[1][2] is a high lama in the Gelug or "yellow Hat" school of Tibetan Buddhism, founded by Tsongkhapa (1357–1419). The name is a combination of the Mongolic word dalai meaning "ocean" and the Tibetan word བླ་མ་ (bla-ma) meaning "guru, teacher, mentor".[3] For certain periods between the 17th century and 1962, the Dalai Lamas sometimes directed the Tibetan government, which administered portions of Tibet from Lhasa. History[edit] During 1252, Kublai Khan granted an audience to Drogön Chögyal Phagpa and Karma Pakshi, the 2nd Karmapa. Unification of Tibet[edit] In the 1630s, Tibet became entangled in power struggles between the rising Manchu and various Mongol and Oirat factions. The Fifth Dalai Lama's death was kept secret for fifteen years by the regent (Tibetan: སྡེ་སྲིད།, Wylie: sde-srid), Sanggye Gyatso. Tsangyang Gyatso, the Sixth Dalai Lama, was not enthroned until 1697. Throne awaiting Dalai Lama's return. Residence[edit] Lhamo Latso ...

Courtesan In feudal society, the court was the centre of government as well as the residence of the monarch, and social and political life were often completely mixed together. Prior to the Renaissance, courtesans served to convey information untrusted to servants to visiting dignitaries. In Renaissance Europe, courtiers played an extremely important role in upper-class society. As it was customary during this time for royal couples to lead separate lives—commonly marrying simply to preserve bloodlines, fortunes or social status and to secure political alliances—men and women would often seek gratification and companionship from people living at court. In fact, the verb to court originally meant "to be or reside at court", and later came to mean "to behave as a courtier" and then "to pay amorous attention to somebody".[3] The most intimate companion of a ruler was called the favourite. Categories[edit] There were two types of courtesan. Differences in status[edit] As primary employment[edit]

Femme fatale Convicted spyMata Hari made her name synonymous with femme fatale during WWI. A femme fatale (/ˌfæm fəˈtɑːl/ or /ˌfɛm fəˈtɑːl/; French: [fam fatal]) is a stock character of a mysterious and seductive woman whose charms ensnare her lovers, often leading them into compromising, dangerous, and deadly situations. She is an archetype of literature and art. Her ability to entrance and hypnotise her victim with a spell was in the earliest stories seen as being literally supernatural; hence, the femme fatale today is still often described as having a power akin to an enchantress, seductress, vampire, witch, or demon, having power over men. The phrase is French for "fatal woman". Although typically villainous, if not morally ambiguous, and always associated with a sense of mystification and unease,[1] femmes fatales have also appeared as antiheroines in some stories, and some even repent and become true heroines by the end of the tale. History[edit] Ancient archetypes[edit] Sociological views[edit]

Dutch Golden Age The , Dutch pronunciation: [ˈɣʌudən ˈeːw] ) was a period in Dutch history , roughly spanning the 17th century, in which Dutch trade , science , military , and art were among the most acclaimed in the world. The first half is characterized by the Eighty Years' War till 1648. The Golden Age went on in peace time during the Dutch Republic until the end of the century. [ edit ] Causes of the Golden Age In 1568, the Seven Provinces that later signed the Union of Utrecht ( Dutch : ) started a rebellion against Philip II of Spain that led to the Eighty Years' War . The United Provinces (roughly today's Netherlands ) fought on until the Twelve Years' Truce , which did not end the hostilities. [ edit ] Migration of skilled workers to Netherlands ( ), 1614, a satirical allegory of Protestant-Catholic struggles for souls during the Dutch Revolt ( Rijksmuseum ) [ edit ] Cheap energy sources [ edit ] Birth and Wealth of Corporate Finance In 1602 the Dutch East India Company (Dutch: or ) was founded.