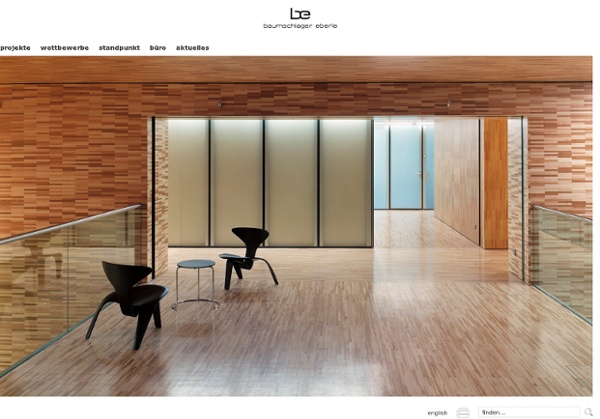 Shortlist unveiled for Nine Elms to Pimlico bridge competition Amanda Levete and Hopkins are among the architects shortlisted to design a new pedestrian and bicycle bridge across London's River Thames (+ slideshow). Four teams of architects and engineers have been selected to design the new river crossing in south-west London between Nine Elms and Pimlico, rivalling Thomas Heatherwick's proposal for a Garden Bridge elsewhere in the city. The successful teams are: Buro Happold with Marks Barfield Architects and J&L Gibbons Landscape Architects; Bystrup with Robin Snell & Partners; Arup with Amanda Levete Architects; and Arup with Hopkins Architects and Grant Associates.

Beach and Howe St. by BIG Danish architects BIG have unveiled proposals for a 150-metre-high skyscraper in downtown Vancouver. The architects are working alongside a team that includes developer Westbank, consultants Dialog, Cobalt, PFS, Buro Happold and Glotman Simpson, as well as local architect James Cheng. The 49-storey residential building will have a twisted form that is set back from the adjacent motorway flyover to prevent any windows or balconies from overlooking it. Nine floors at the base of the tower will accomodate offices, shops and restaurants, which will spill out onto a series of public plazas that stretch underneath the elevated highway. Here's some more information from BIG: BIG contributes to Vancouver skyline

STEVEN HOLL ARCHITECTS - INSTITUTE FOR CONTEMPORARY ART, VIRGINIA COMMONWEALTH UNIVERSITY INSTITUTE FOR CONTEMPORARY ART, VIRGINIA COMMONWEALTH UNIVERSITY Richmond, VA, United States, July 2011-2016 PROGRAM: gallery spaces, lobby, 247-seat performance space, cafe, administrative offices, classroom, sculpture terrace, art storage spaces. BUILDING AREA (SQUARE): 32000 sf STATUS: construction phase Sited at the edge of the Virginia Commonwealth University campus in Richmond, Virginia, the new Institute for Contemporary Art will link the University with the surrounding community. On the busiest intersection of Richmond at Broad and Belvidere Streets, the building will form a gateway to the University with an inviting sense of openness. The main entrance is formed by an intersection of the performance space and forum, adding a "Z" component to the "X-Y" movement of the intersection.

New Page 1 Practice as Fiction wireframe << / >> snake Asphalt Spot Tokamashi, Japan Architect: R&Sie(n)… Paris Creative team: François Roche, Stéphanie Lavaux, Jean Navarro, Pascal Bertholio Key dimensions: 300 m2 Client: City of Tokamashi, Art Front Gallery Cost: 0,7 million USD Text: Creation of an outdoor exhibition space inside a car park 51n4e 51N4E and Peter Swinnen announced today that Peter Swinnen will be leaving the firm as a partner in order to fully focus on the completion of his State Architect Atelier, the development of a PhD trajectory as well as the establishment of his own architectural platform CRIT . As a founding partner Peter Swinnen has contributed in a profound manner to the work and legacy of 51N4E, which in 15 years’ time has established itself as an office voluntarily linking the impact of design intelligence and governance intelligence. Johan Anrys and Freek Persyn will continue to head 51N4E as leading senior partners. The firm's evolving engagement in Europe has recently expanded to Switzerland and Turkey with new projects ranging from strategy to implementation. Peter Swinnen, Freek Persyn and Johan Anrys are looking forward to exchange knowledge and share critical insights as professional independent peers.

archdaily Architects: Edouard François Location: Paris, France Project Area: 7,700 sqm Project Year: 2009Photographs: Courtesy of Edouard François Eden Bio was a study of the densification of a typical suburban block on the east side of Paris. Three ideas guided the project. The first idea was to respect the surroundings and its history “à la Doisneau”. There were pre-existing buildings, full of life and devoid of pretension, some low, others tall. Brooklyn’s Wythe Hotel: So Authentic It Hurts I’m happy to report that the press release for the Wythe Hotel, a precious new hotel in an old textile factory in Williamsburg, Brooklyn, drops the adjective “authentic” only once. This shows incredible self-restraint on the part of the PR agency (a profession not exactly known for self-restraint): Authenticity is to Brooklyn what sun is to San Diego. It’s practically the civic religion thereabouts.

The Dryline: Urban flood protection infrastructure, New The USD 2 million Holcim Awards is the most significant international competition for sustainable design. The jury composed of renowned specialists from around the world and headed by Mohsen Mostafavi, Dean of the Graduate School of Design at Harvard University (USA) will evaluate 15 projects out of more than 6,000 submissions. The finalists are the winners of the Holcim Awards Gold, Silver, and Bronze Awards 2014 in each of the five competition regions of the world.