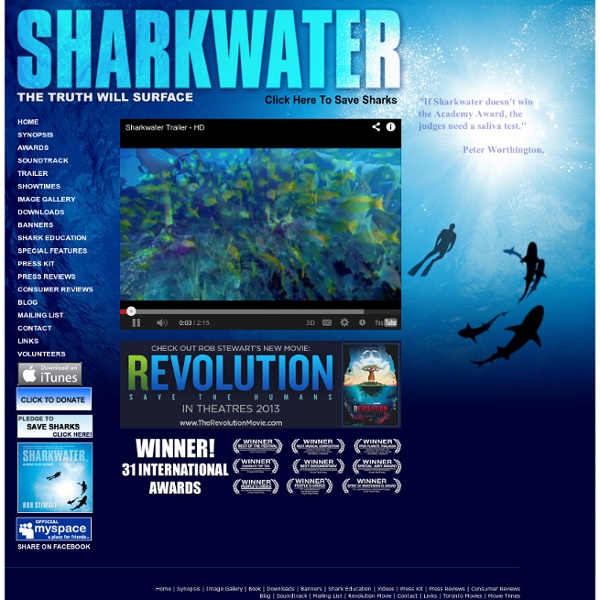 Sea Shepherd Killers of Eden: Killers in Eden Shark Diver : Shark Diving : Swimming With Sharks 10 Healthy Ways to Help a Hangover - Health While it's not something I'm proud of, I've got plenty of hangovers under my belt. See, despite all of my healthy practices—yoga, deep breathing, clean cosmetics, brown rice and kale eating—I'm just not that great at saying no to that third or fourth drink once I get going. Bless those of you who are—and damn those of you who are immune to hangovers altogether! And where does that take most of us? Got any to add? Have some miso soup with your eggs. Take a handful of omega 3s—and then repeat. Drink kombucha tea. Have sex or just a good cuddle. Get some body work. Try some hydrotherapy. Do some exercise—but just a little bit! Have a banana/blueberry/kale/lemon smoothie. Drink coconut water from a coconut. Enjoy your hangover. Photo (cc) Flickr group How can I recycle this

Energy [R]evolution The Energy [R]evolution Scenario has become a well known and well respected energy analysis since it was first published for Europe in 2005. In 2012, the fourth Global Energy [R]evolution scenario was published; earlier editions were published in 2007, 2008 and 2010. The Energy [R]evolution 2012 provides a consistent fundamental pathway for protecting our climate through investment in renewable energy. It's about getting the world from where we are now to where we need to be by phasing out fossil fuels and cutting CO2 emissions while ensuring energy security. The expert consensus is that this fundamental shift in the way we consume and generate energy must begin immediately and be well underway within the next ten years in order to avert the worst impacts of climate change. Policy changes To make the Energy [R]evolution real and to avoid dangerous climate change, Greenpeace, GWEC and EREC demand that the following policies and actions are implemented in the energy sector:

Let's Imagine a New Future Now! Oceans Food, work, fun, adventure, sport and life – not many things can give us all those things in one. Every day the oceans give us the air we need to breathe; the weather to grow crops; water to support the smallest to the largest animals on earth and 80% of all species; vast ice flows to help regulate our climate; millions of jobs and a life-time of pleasure. Send us your favourite ocean image and it could be featured here! You and I are alive right now because of the oceans. They are home to the largest animal our planet has ever known – the now-endangered blue whale - but there are still huge areas of ocean that humans have never seen. Earth's longest mountain range is not on land but under the sea - the Mid-Oceanic ridge system, which winds around the globe from the Arctic Ocean to the Atlantic. More people have stood on the moon than dived the deepest ocean trench and less than 5% of all the oceans have been explored. We can do it. The oceans support billions of us.

Hope to Haiti | RANDOM ACTS It will take anywhere from 3 seconds to 1 minute for your pic to upload, depending on how big it is. You're going to see this message every time you post a new pic. So, we're making the text really long so that it'll take you at least five picture uploads to read it all.