The Police - Message In A Bottle 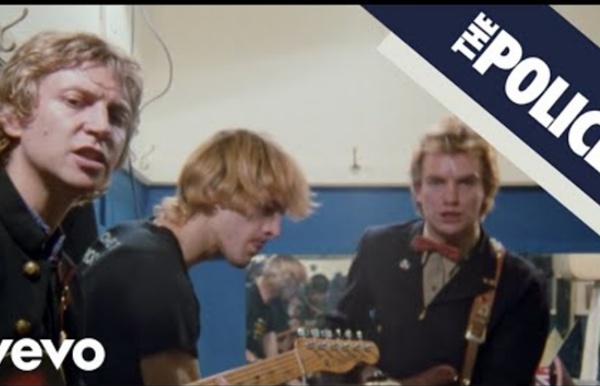 Christmas Traditions with VOA Learning English Accessibility links Languages VOA Learning English The Origin of the Zodiac. The Origin of the Zodiac: (Astrology) The zodiac (Greek: ζoδιακός, zōdiakos) is the term used to describe the circle of twelve 30ï¿½ divisions of celestial longitude that are centred upon the ecliptic - the path of the sun. The term zodiac derives from Latin zōdiacus, which in its turn comes from the Greek ζoδιακoς κύκλος (zōdiakos kuklos), meaning "circle of animals". From the earliest of times, the zodiac has been universally used to predict or reflect characteristics of personality, whether from the Chinese, Mesopotamian, Indus Valley, Egyptian or any other culture, echoing the ancient philosophy 'As above - so below'... what we today call astrology. Astrology, in its broadest sense, is the search for purpose in the heavens. We know from ancient records that the Greeks inherited their knowledge of the heavens primarily from the Mesopotamians, who in turn inherited their knowledge from the Sumerians.

Christmas around Europe About the project Within this project pupils will design and make their own Christmas cards and exchange them with all the project partners through traditional post. Pupils will also share their national Christmas traditions and customs (in the form of PowerPoint presentations). They will video recorded singing carols (in english and in their mother tongue). Aims European Christmas TV Special Join Rick Steves for a colorful, musical celebration of Christmas across Europe. From England to Wales, France, Norway, Germany, Austria, Switzerland, and Italy, you'll see the bright Christmas markets, hear local choirs, share holiday traditions with families…and even play in the snow. See the Travel Details above for recommendations highlighted in bold, excerpted from Rick's guidebooks. Hi, I'm Rick Steves and it's Christmas time in Europe.

Mysteries VOCABULARY AROUND THE GENRE - Definitions: matching exercises - Drag and drop exercises on Criminals - Crosswords: Crime by Pascal Lapierre , ac-nantes LAMB TO THE SLAUGHTER, Roald Dahl Expressing Disapointment in English - Basic English Speaking Download Full Lessons Package – Common English Expressions and Daily Use Sentences (mp3+pdf) Listening is THE KEY to better English speaking. The more REAL English phrases and expressions you listen to, the more fluent you will become, to be sure. For a small one-time investment, you can get the whole package of 50 lessons. Put it into your phone or MP3 Player and take your English learning ANYWHERE.

BooHoo and Ditch the Label Combat Social Media Fakery – Anti-Social Media If you Google ‘Instagram’ you’re most likely to be met with a series of news stories around mental health and the negative effect the photo sharing platform has on young people’s self esteem. I was going to post some links here, but there are far too many to choose from. Although Instagram is aware of the damaging effect it can have on young people’s mental health and has addressed the issue when it comes to more serious cases of depression, it doesn’t change the negative impact it can have on the every day user. Terms like FOMO have origniated from the platform and highlight the fear of missing out that users experience when they see other users tagged in event posts.