Shock and Awe: The Story of Electricity 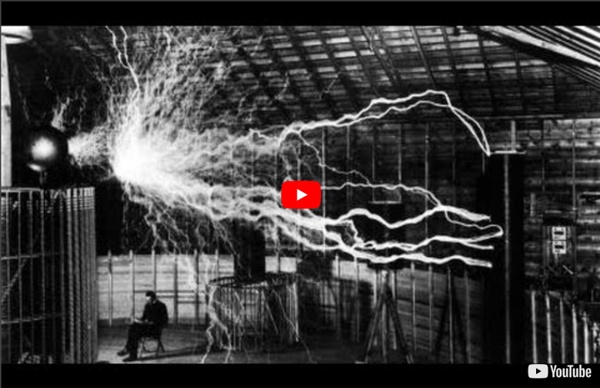 The Birth of Israel At the end of World War II, the conflict over Palestine gained momentum. As early as 1942, the Yishuv, the Jewish community in Palestine, had turned to the United States for support of the Jewish state in Palestine. Even after the horror of the Holocaust, Britain refused to change its policy of allowing no further Jewish immigration. This Week’s Awesome Stories From Around the Web (Through July 20) Boston Dynamics’ Robots Are Preparing to Leave the Lab—Is the World Ready?James Vincent | The Verge “After decades of kicking machines in parking lots, the company is set to launch its first ever commercial bot later this year: the quadrupedal Spot. It’s a crucial test for a company that’s spent decades pursuing long-sighted R&D.

Climate change has contributed to droughts since 1900, and is likely to get worse, says tree-ring study Using studies of tree rings going back centuries, scientists have unearthed clear evidence that the rise of human-generated greenhouse gases was having an effect on global drought conditions as early as 1900. A new, first-of-its-kind study by scientists at Columbia University’s Earth Institute, published Wednesday in the journal Nature, largely confirms what climate models have shown. In the absence of strong historic data on precipitation, those computer models forecast not only future scenarios, but shed light on historical trends. The dovetailing of the tree-ring studies, which correlate to soil moisture, with climate models gives scientists the assurance that the computer models are, in fact, correct, they say.

Science and inventions of Leonardo da Vinci - Wikipedia Leonardo's most famous drawing, the Vitruvian Man, is a study of the proportions of the human body, linking art and science in a single work that has come to represent Renaissance Humanism. Condensed biography[edit] NOTE: This is a brief summary of Leonardo's early life and journals with particular emphasis on his introduction to science. Leonardo da Vinci (April 15, 1452 – May 2, 1519) was born the illegitimate son of Messer Piero, a notary, and Caterina, a peasant woman. The birth of Israel The former BBC Middle East correspondent, Tim Llewellyn, looks back at the history of Israel. The contrast between the growing Jewish society in Palestine - the Yishuv - and the indigenous, mainly Muslim Arab population could not have been greater. In 1917, two-thirds of the roughly 600,000 Arab population, were rural and village-based, with local, clannish loyalties and little connection with the towns.

Apollo 11 Moon Landing: Photos From 50 Years Ago On July 20, 1969, the astronaut Neil Armstrong became the first human being to walk on another world, famously marking the moment with the phrase: “That’s one small step for [a] man, one giant leap for mankind.” After months of preparation, preceded by years of development and testing, the crew of NASA’s Apollo 11 lifted off from Florida on July 16, arriving at the moon on July 19. While Command Module Pilot Michael Collins remained in lunar orbit, Armstrong and Lunar Module Pilot Edwin “Buzz” Aldrin descended to the surface and spent two and a half hours on the moon, setting up experiments, taking photos, and gathering samples. After their safe return home, the crew were celebrated by politicians and the public as they embarked on a 45-day goodwill tour, visiting a total of 27 cities in 24 countries. Below, 50 photos of the historic Apollo 11 mission, on the 50th anniversary of that giant leap.

Circumcision: Social, Sexual, Psychological Realities We continue examining myths about circumcision, including traditions, social and sexual relations. NOTE: Primary author is Lillian Dell'Aquila Cannon (see her blog), with assistance from Dan Bollinger Part 3 article continues after advertisement The Great Binge: Heroin, Cocaine and Opium Over the Counter It’s difficult to imagine now, but from 1898 to 1910 heroin was marketed as a cough syrup and treatment for migraines. In 1886, John Pemberton included cocaine as the main ingredient of his new soft drink, Coca Cola. In 1910, the French were consuming over 36 million litres of absinthe a year, the potent alcoholic drink even used as treatment for soldiers suffering from Malaria.