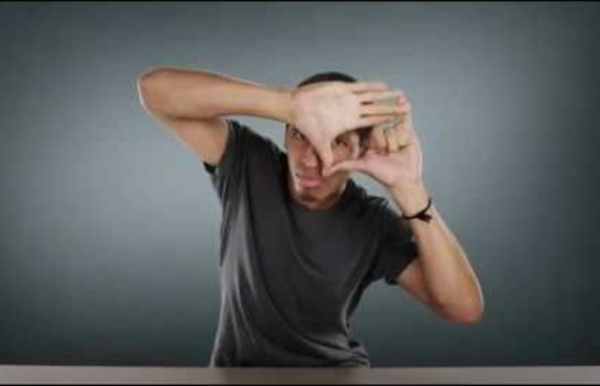 Coolest. Stage. Ever Nov 29, 2010 Check out this incredible floating stage on Lake Constance in Bregenz, Austria. The Bregenzer Festspiele (Bregenz Festival) has become renowned for its unconventional staging of shows. Verdi’s opera, “A Masked Ball” in 1999, featured a giant book being read by a skeleton.

MTRC On the left: image re-created from contours. On the right: contours representing the video. Right-click-View or -Save the image to view at high definition The Korean art galleries that add eye-popping optical tricks to tourists' holiday snaps By Chris Parsons Published: 13:20 GMT, 2 July 2012 | Updated: 15:23 GMT, 2 July 2012 Propping up the Leaning Tower of Pisa or hanging from a cliff face are not what most most would expect when visiting the average art gallery or museum. But not content with simply looking at works of art, visitors to this bizarre museum in Busan, South Korea are able to 'interact' with the pieces thanks to mind-bending optical illusions. Anyone wondering what they would look like walking on a tightrope or held in the grip of a giant snake can find out in the 'Trick Eye' Museum, which uses cleverly manipulated paintings to really put visitors in the picture.

Best. Sidecar. Ever. Feb 10, 2011 Built by Jason Dyer Forget the Lambo in the background. This scooter rules! Sidecar World via Reddit ARGUS Surveillance Camera: 1 million terabytes a day saved forever By Cindi on Feb 05, 2013 in Technology, Videos ARGUS is the worlds highest resolution camera. 1 million terabytes a day saved forever. Five thousand hours of video surveillance. Saved. Kiss Your Keyboard and Mouse Goodbye With The Leap Since Steven Spielberg expertly crafted it a decade ago, the world has been clamoring for a user interface similar to what was found in sci-fi thriller Minority Report. Even the inkling of flipping through applications and swiping screens in mid-air made geeks tingle all over, but aside from expertly developed hacks on the Xbox Kinect, nothing definitive seemed to break through and truly give the public that enticing functionality of the future. That is, until now.

Cave Stalagmites, Vietnam Jan 9, 2011 Photograph by Carsten Peter Streams of light from the surface unveil stalagmites fat and thin on the floor of Hang Loong Con. 47 Mind-Blowing Psychology-Proven Facts You Should Know About Yourself I’ve decided to start a series called 100 Things You Should Know about People. As in: 100 things you should know if you are going to design an effective and persuasive website, web application or software application. Or maybe just 100 things that everyone should know about humans! The order that I’ll present these 100 things is going to be pretty random.

Extraordinary Paper Animals Calvin Nicholls’ animal sculptures are simply amazing! His technical skills are so good that he’s able to replicate fur and feathers using a scalpel on paper. Notes about the artist (published at Behance Network): Calvin has been creating his paper sculptures since 1986 from his studio north of Toronto Ontario, Canada. Working with sheets of paper and a scalpel, he cuts the component pieces to fit the final drawing and assembles the low relief artwork under studio lighting. When the sculpture is complete the lighting is adjusted to bring out the subtle form and texture.

Humans Have a Lot More Than Five Senses Today I found out humans have a lot more than five senses. It turns out, there are at least nine senses and most researchers think there are more like twenty-one or so. Just for reference, the commonly held definition of a “sense” is “any system that consists of a group of sensory cell types that respond to a specific physical phenomenon and that corresponds to a particular group of regions within the brain where the signals are received and interpreted.” The commonly held human senses are as follows: Sight: This technically is two senses given the two distinct types of receptors present, one for color (cones) and one for brightness (rods).Taste: This is sometimes argued to be five senses by itself due to the differing types of taste receptors (sweet, salty, sour, bitter, and umami), but generally is just referred to as one sense. For those who don’t know, umami receptors detect the amino acid glutamate, which is a taste generally found in meat and some artificial flavoring.