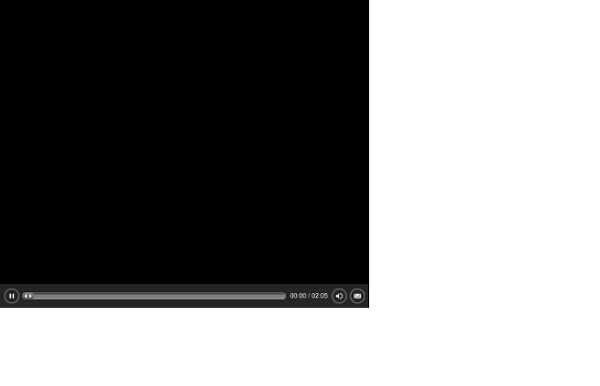 Rosenhan experiment Experiment to determine the validity of psychiatric diagnosis Rosenhan's study was done in eight parts. The first part involved the use of healthy associates or "pseudopatients" (three women and five men, including Rosenhan himself) who briefly feigned auditory hallucinations in an attempt to gain admission to 12 psychiatric hospitals in five states in the United States. The second part of his study involved an offended hospital administration challenging Rosenhan to send pseudopatients to its facility, whom its staff would then detect. While listening to a lecture by R. In a 2019 popular book on Rosenhan by author Susannah Cahalan, The Great Pretender, the veracity and validity of the Rosenhan experiment has been questioned. Pseudopatient experiment[edit] Rosenhan himself and seven mentally healthy associates, called "pseudopatients", attempted to gain admission to psychiatric hospitals by calling for an appointment and feigning auditory hallucinations. Impact and controversy[edit]

Energy Seed by Sungwoo Park & Sunhee Kim Trashing Batteries for Brighter Sidewalks We all know alkaline batteries are really bad for the environment if you don’t dispose of them properly. The right thing to do is send them to special recycling centers but hundreds of tons end up in landfills where their toxic innards seep into the earth. Perhaps a good solution is the Energy Seed, an LED lamp post powered by trashed alkaline batteries. The idea is to encourage people to throw their batteries away into the Energy Seed. Of course once the bins are full, we’re left with the same original problem. Designer: Sungwoo Park & Sunhee Kim Trap animals for survival To trap animals, or trapping, is a skill that takes practice, like any other survival skill. If you are a beginner to trapping, use the information here as a starter. * The primitive trapping techniques described here are only for wilderness survival situations. Obey the rules and trapping regulations of the area you are visiting. * 24 h As a trapper, you can set many traps and snares, all working for you simultaneously and for 24 h every day. Trails The presence of wild animals can often be determined by their tracks in the snow, sand or soft mud. Prey You must determine what you are trying to catch and set your traps, specifically with those animals in mind. Avoid disturbing thearea as much as possible. Deadfall trap A simple and effective way to trap animals is to use the deadfall trap. Snare trap Using snares to trap small animals is a simple method. Make sure the noose is large enough to pass freely over the animal's head. Don't forget! Back to: Wilderness survival skills homepage

Depressive realism Evidence for[edit] Evidence against[edit] When asked to rate both their performance and the performance of another, non-depressed individuals demonstrated positive bias when rating themselves but no bias when rating others. Criticism of the evidence[edit] Some have argued that the evidence is not more conclusive because there is no standard for "reality," the diagnoses are dubious, and the results may not apply to the real world.[33] Because many studies rely on self-report of depressive symptoms, the diagnosis of depression in these studies may not be valid as self-reports are known to often be biased, necessitating the use of other objective measures. Due to most of these studies using designs that do not necessarily approximate real-world phenomena, the external validity of the depressive realism hypothesis is unclear. See also[edit] References[edit] Jump up ^ Alloy,L.B., Abramson,L.Y. (1988). Further reading[edit] Rachel Adelson (April 2005).

Stapleless Paper by Sherwood Forlee A Little Bit of College Ruled Genius By our friend and returning Yanko champion, Sherwood Forlee. Check out the simplicity. Just punch out the corner, make a cut or two, fold back, and POW! You are green. Get out there and kick-start the economy! That Forlee, always thinking with his heart. Visit his portfolio or click below to see the other things by SF that have been featured on Yanko Design. Designer: Sherwood Forlee How to find water in the wild Knowing how to find water in the wild is important. Actually, there are many ways you can find water, whether you are in a desert or forest. First, look for surface water, such as streams, rivers and lakes. Running water such as springs or streams in isolated areas at high altitudes is probably safe for consumption. Be aware that, for instance, melted water from ice and glaciers contains bacteria in abundance. If you are not familiar with the area, and are unsure about the water quality, purify the water. In areas where no surface water is available, dig into damp soil and allow this muddy water to settle and become clear or learn how to make a water filter. To increase your chances of finding water, look for the following: · Valleys and low areas are places where water naturally drains. · Rock crevices. · Muddy or damp ground. · Patches of green vegetation indicate water of some sort. · Places where animal tracks converge, maybe a water source nearby? More about water

Contact lenses will project images directly onto your eyeballs All those 3DTVs and virtual reality goggles are soon to be rendered obsolete by contact lenses with built-in LED arrays that can display images on top of your retinas, whether you want them to or not. Researchers at the University of Washington have been working on extremely tiny and semi-transparent LEDs designed to be integrated into contact lenses. So far, they've managed to create red pixels and blue pixels, and when they can figure out green ones, they'll be able to make full color displays. Despite being millimeters from your retinas, the images created by the lenses will be in perfect focus, and when the display is turned off, everything will be transparent. In the meantime, we've already got eyeball-mounted wireless sensors for detecting things like blood glucose levels, so it's really just a matter of time before LEDs and their associated electronics get small enough and cheap enough that we can all afford to be enjoying visual overlays of stupid YouTube videos 24/7.

A bit of green :: Green random, technological, architectural and edible stuff. Upside-Down-Ternet My neighbours are stealing my wireless internet access. I could encrypt it or alternately I could have fun. I'm starting here by splitting the network into two parts, the trusted half and the untrusted half. /etc/dhcpd.conf IPtables is Fun! Suddenly everything is kittens! /sbin/iptables -A PREROUTING -s 192.168.0.0/255.255.255.0 -p tcp -j DNAT --to-destination 64.111.96.38 For the uninitiated, this redirects all traffic to kittenwar. For more fun, we set iptables to forward everything to a transparent squid proxy running on port 80 on the machine. /sbin/iptables -A PREROUTING -s 192.168.0.0/255.255.255.0 -p tcp -m tcp --dport 80 -j DNAT --to-destination 192.168.0.1 That machine runs squid with a trivial redirector that downloads images, uses mogrify to turn them upside down and serves them out of its local webserver. The redirection script Then the internet looks like this! And if you replace flip with -blur 4 you get the blurry-net I made xkcd - how cool is that ?

Symphony of Science LUNA RING: Solar Energy from the Moon Japan’s ongoing Fukushima Daiichi nuclear crisis has spawned some rapid-fire developments for future energy production. This weekend, plans to initiate the compulsory installation of solar energy panels on every building in the country by 2030 were announced, along with a proposed plan that promises to be the largest public infrastructure in human history: the LUNA RING. Shimizu Corporation construction firm’s research branch, CSP, unveiled a long-term planning project to install a belt of photovoltaic panels across the surface of the Moon. Power gathered from the 13,000 terrawatts of continuous solar energy the Moon’s surface receives daily would be beamed back to an Earth-based receiving station via microwave or laser transmission, where it would then be used to power public offices, hospitals and schools across the globe. For more about LUNA RING and details about the proposed technology, check out the Shimizu’s Dream page. [source 1, 2] [image 1, 2, 3]

Atlas F Documents Atlas Missile Silo This page is where documents pertaining to the Atlas F missile system are located. It is possible that some items may be listed in more than one location because the item covers more than one missile type. Click on a thumbnail or PDF link below to view that item. The PDF files can be viewed using Adobe Acrobat Reader and you can download your free copy of Acrobat Reader here . Many of the items on these pages are available for download to your system. The documents in the section below contain general information about the Atlas F silo type missile system.

Hubble: Where is the center of the Universe? When astronomers look at distant galaxies to determine how fast they're moving, it looks like they're all moving away from us. Does that mean we're at the center of the universe? Well, no. It turns out that every point in the universe sees itself as the center! You can show yourself why with this activity. Try this! - Use your mouse to drag the top (blue circle) layer randomly over the bottom one, the difference between the two is hard to see. - Now choose a different dot on the top layer and line it up with its corresponding dot on the bottom layer. What's going on? The top layer (the universe today) was made by enlarging the bottom layer (the universe 1 billion years ago) by 5% percent.

Alternative and Renewable Energy Sources - Find Out How They Work Here