Tim Urban: Inside the mind of a master procrastinator 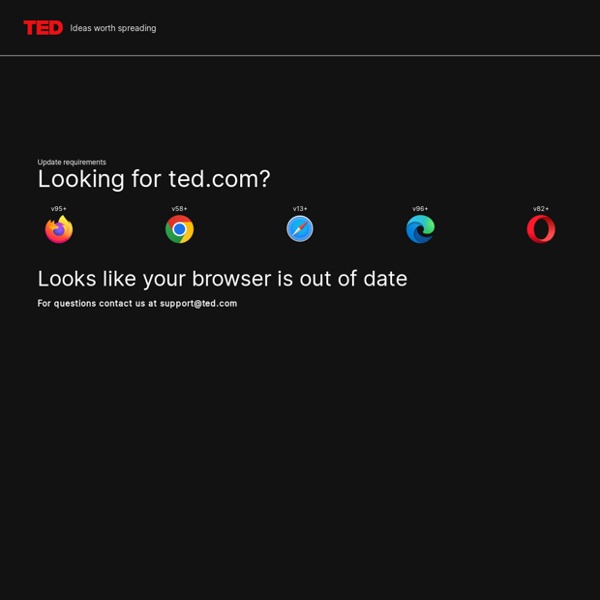 Chimp In Cocaine Study Starts Lying To Friends ATLANTA—Concerned workers at the National Primate Research Center said Bobo, a 5-year-old chimpanzee participating in a 16-month cocaine study, was observed this week lying to the faces of friends, family, and staff. "Our goal was to determine how large doses of the stimulant would improve or impair the chimpanzee's ability to perform memory and language tasks," said primatologist Daniel Martin, the project's lead researcher. "What we found was that cocaine not only disrupted Bobo's concentration and recall, but it also caused him to lie, cheat, and emotionally manipulate those around him." Continued Martin, "Essentially, Bobo has become an asshole." According to researchers, initial results of the study were promising, with Bobo energetically completing cognition tests in record times.

The powerful and mysterious brain circuitry that makes us love Google, Twitter, and texting. Seeking. You can't stop doing it. Sometimes it feels as if the basic drives for food, sex, and sleep have been overridden by a new need for endless nuggets of electronic information. 54 Hilarious Protest Signs We Can ALL Get Behind Freedom of speech and political protest are some of the greatest traditions in the United States, but sometimes they can get a little serious. What better way to lighten the mood than these clever, funny, and just plain weird signs? Down with them! Image: The Chive Not quite angry enough to come up with an original slogan, though…

In pictures: The 12 Labours of... Putin In Greek mythology, Heracles, or Hercules, the son of Zeus, performed 12 labours: a dozen incredibly difficult and highly dangerous tasks. But slaying the Neamean lion or battling the Lernaean hydra must have been a walk in the park, compared to what Vladimir Putin has had to deal with. At least, that's the impression you get from this bizarre exhibition. Take a Test Whichever IAT you do, we will ask you (optionally) to report your attitudes toward or beliefs about these topics, and provide some general information about yourself. These demonstrations should be more valuable if you have also tried to describe your self-understanding of the characteristic that the IAT is designed to measure. Also, we would like to compare possible differences among groups in their IAT performance and opinions, at least among those who decide to participate. Data exchanged with this site are protected by SSL encryption, and no personally identifying information is collected. IP addresses are routinely recorded, but are completely confidential.

7 Days in Hell: HBO's tennis mockumentary is a grand slam What’s the name of the show? 7 Days in Hell When does it premiere? Saturday 11 July at 10pm EST on HBO. What is this show? Insight into the Seat of Human Consciousness BOSTON – For millennia, philosophers have struggled to define human consciousness. Now, a team of researchers led by neurologists at Beth Israel Deaconess Medical Center (BIDMC) has pinpointed the regions of the brain that may play a role maintaining it. Their findings, which have already garnered multiple awards from the American Academy of Neurology, were published today in that society’s journal, Neurology.

The Washington Post Folsom, Pa. The Johnson family’s neighborhood, just a half-hour southwest of Philadelphia, is made up of the neat, modest brick houses that sprang up all across postwar America. It was not a happy home. Robert, his father, had studied to become an artist before giving it up to become a machinist.