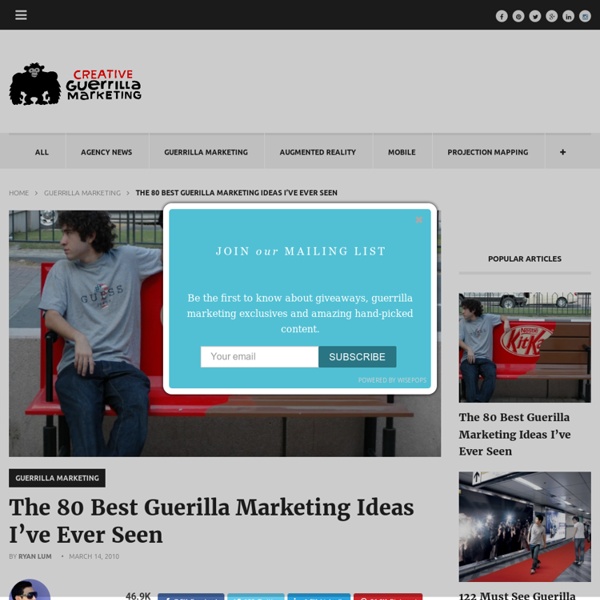 How Many Websites Are There? Most webpages die after a couple of months. The average lifespan is something like 100 days. That's longer than it used to be. In the late 1990s, the typical webpage lasted for around 44 days. But quantifying pieces and pages of the web gets murky pretty quickly. In other words, what lives and dies on the web depends in large part on how you define a webpage or a website in the first place. But if you just want to get a sense of how big the web is, how much it has grown in 20 years, there are blunter measures. It’s also imperfect. The weird thing is, most of these sites exist without being seen. So while tracking the number of websites online, or trying to, hints at the web’s explosive growth in the past two decades, it doesn’t capture how people are actually using the Internet today. Even as most websites flicker in and out of existence at a rapid clip, you can still find some real antiques out there.

The 15 Greatest Long Takes In Cinema History | Taste of Cinema - Part 3 5. Children of Men (2006) – Ambush scene, 4 minutes 7 seconds & Battle scene 7 minutes 34 seconds Alfonso Cuarón had already done some long takes in his previous work and would go one to push the art of the continuous shot even further later on his career with the earlier mentioned Gravity, which makes him the only director with two separate entries in this post, but Children of Men contains no less than three of them. The most often mentioned take is the spectacular and insane car ambush scene, in which the characters are driving along a road and are ambushed by a bunch or forest dwellers. To achieve this shot a special rig was constructed inside and around the car, whilst the seats and windshield were modified so that they could be moved to get actors out of the way and the camera out through the windscreen whilst being able to turn 360 degrees. Four people were on top of the roof to control the whole contraption. 4. 3. 2. 1. Pages: 1 2 3

Archetypes in Branding Excerpted with permission from Archetypes in Branding: A Toolkit for Creatives and Strategists (F+W Media, imprint HOW) By Margaret Pott Hartwell & Joshua C. Chen What Are Archetypes and How Can They Help? Archetypes embody the universal stories and journeys that all human beings share: the story of the Alchemist within the fairy tale of Rumpelstiltskin, the Hero’s journey in Shakespeare’s Henry V, the story of the Lovers in Nick Bantock’s Griffin and Sabine, the archetypal depiction of the Child in Antoine de Saint-Exupéry’s The Little Prince and the story of the Ruler King Arthur in Camelot, to name but a few. We offer this book, Archetypes in Branding, and the accompanying deck of cards as a new means for collaborating on branding and communications projects. Defining Brand To varying degrees and for various reasons, people are in relationship with brands. The Connection Between Archetypes and Brand Who is this Tool for?

20 creative guerilla marketing campaigns We are so overwhelmed with advertising everywhere that it becomes hard for creative agencies to make ads that stand out. Guerilla advertising is a great way to make unusual, surrealistic visuals and situations that passers by will remember. Here is a selection. 1. Superette – Short shorts The bench that turns you into a walking advertisement if you are wearing short shorts. 2. Pretty clever, the urinal that stands out. 3. Seen in New York, how would you not go grab a coffee there? 4. I would be curious to know how many people actually notice this ad. 5. Enter the shark, a cool optical illusion for this National Geographic ad on a bus. 6. Cool idea to promote the movie “The day after tomorrow”, it gives the illusion that NYC has been submerged by the waters. 7. Feels good not to be in the same category as the big boys. 8. Small but poweful, I think the message just got across the bridge. 9. Unmissable ad, I’m sure all the bowlers that went there remembered it. 10. 3M security glass 11.

Total number of Websites After reaching 1 billion websites in September of 2014, a milestone confirmed by NetCraft in its October 2014 Web Server Survey and that Internet Live Stats was the first to announce - as attested by this tweet from the inventor of the World Wide Web himself, Tim Berners-Lee - the number of websites in the world has subsequently declined, reverting back to a level below 1 billion. This is due to the monthly fluctuations in the count of inactive websites. We do expect, however, to exceed 1 billion websites again sometime from late 2015 to mid 2016, and to stabilize the count above this historic milestone in 2017. From 1 website in 1991 to 1 billion in 2014, the chart and table below show the total number of websites by year throughout history: Websites By "Website" we mean unique hostname (a name which can be resolved, using a name server, into an IP Address). Curious facts Popular Websites (launch year & how they looked) Sources References

25 Things You Should Know About Storytelling 1. Stories Have Power Outside the air we breathe and the blood in our bodies, the one thing that connects us modern humans today with the shamans and emperors and serfs and alien astronauts of our past is a heritage — a lineage — of stories. Stories move the world at the same time they explain our place in it. They help us understand ourselves and those near to us. Never treat a story as a shallow, wan little thing. 2. We love to be entertained. 3. Segmentation. 4. Story is also not a square peg jammed in a circle hole. 5. You put your hand in a whirling clod of wet clay, you’re shaping it. 6. A story is so much more than the thing you think it is. 7. The storyteller will find no original plots. 8. The audience wants to feel connected to the story. 9. The audience isn’t stupid. 10. Conflict is the food that feeds the reader. 11. 12. It’s not just tension. 13. The story you tell should be the story you tell. 14. The audience cannot relate to big ideas. 15. 16. 17. 18. 19. 20. 21. 22.

Millennials will make online sharing in networks a lifelong habit Overview of responses In a survey about the future impact of the internet, a solid majority of technology experts and stakeholders said the Millennial generation will lead society into a new world of personal disclosure and information-sharing using new media. These experts said the communications patterns “digital natives” have already embraced through their use of social networking technology and other social technology tools will carry forward even as Millennials age, form families, and move up the economic ladder. The highly engaged, diverse set of respondents to an online, opt-in survey included 895 technology stakeholders and critics. Some 67% agreed with the statement: “By 2020, members of Generation Y (today’s “digital natives”) will continue to be ambient broadcasters who disclose a great deal of personal information in order to stay connected and take advantage of social, economic, and political opportunities. Some 29% agreed with the opposite statement, which posited: