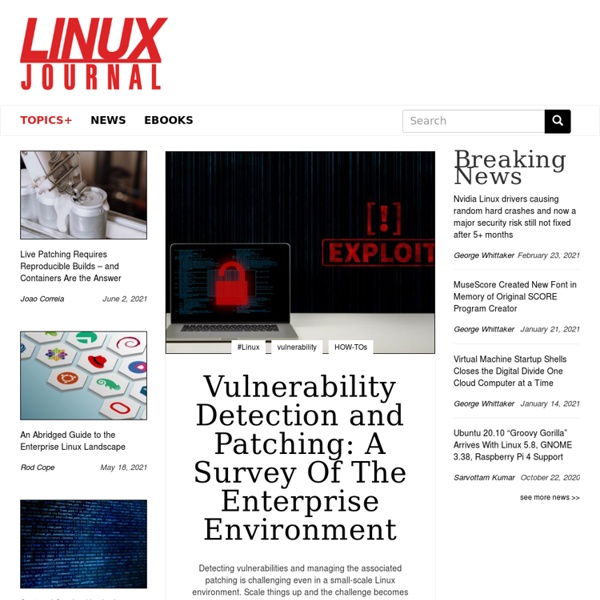 The Democrats Are Doomed, or How A Big Tent Can Be Too Big OkTrends Time and again in American politics, Republicans have voted as a unit to frustrate our disorganized Democratic majority. No matter what's on the table, a few Democrats will peel away from the party core; meanwhile, all Republicans will somehow manage to stay on-message. Thus, they caucus block us. Articles noting this phenomenon anecdotally appear all the time, and despite the recent hopeful spate of Democratic victories, it's undeniable that the Republicans form an exceptionally effective opposition party. Today, we're going to perform a data-driven investigation of why this might be—and discover some fascinating things about the American electorate along the way.

Management Books Vijay Gill's Blog I came across “The 12 Simple Secrets of Microsoft Management: How to Think and Act Like a Microsoft Manager and Take Your Company to the Top.” Reading it now in 2010, I can’t help but chuckle at the wide-eyed fanboy writing. Then I saw “The Google Way: How One Company Is Revolutionizing Management as We Know It” and it cemented my opinion that whenever a book endorses any particular “way” of management with the benefit of hindsight and makes a point that all it would take for your company to be similarly successful is follow the bromides in the book, it is a clear sign that the person writing the book has no clue what they are going on about. This is what the people think matters: This is actually what matters: Like this:

Beautiful Soup: We called him Tortoise because he taught us. [ Download | Documentation | Hall of Fame | For enterprise | Source | Changelog | Discussion group | Zine ] You didn't write that awful page. You're just trying to get some data out of it. Beautiful Soup is here to help. Since 2004, it's been saving programmers hours or days of work on quick-turnaround screen scraping projects. Beautiful Soup is a Python library designed for quick turnaround projects like screen-scraping. Less Wrong: Guessing the Teacher's Password Followup to: Fake Explanations When I was young, I read popular physics books such as Richard Feynman's QED: The Strange Theory of Light and Matter. I knew that light was waves, sound was waves, matter was waves. I took pride in my scientific literacy, when I was nine years old. When I was older, and I began to read the Feynman Lectures on Physics, I ran across a gem called "the wave equation". I could follow the equation's derivation, but, looking back, I couldn't see its truth at a glance.

draft-baker-behave-ivi-01 - IVI Update to SIIT and NAT-PT [Docs] [txt|pdf|xml|html] [Tracker] [Email] [Diff1] [Diff2] [Nits] Versions: 00 01 Behave X. Li Internet-Draft C. Innovation and Outsourcing Vijay Gill's Blog Risk: The CEO of Air New Zealand had this to say on their supplier: “We were left high and dry and this is simply unacceptable. My expectations of IBM were far higher than the amateur results that were delivered yesterday, and I have been left with no option but to ask the IT team to review the full range of options available to us to ensure we have an IT supplier whom we have confidence in and one who understands and is fully committed to our business and the needs of our customers.” Reward:

1 Billion Spammers Served Our 1 Billionth Spam Message On Wednesday, December 9, 2009 at 06:20 (GMT) Project Honey Pot received its billionth email spam message. The message, a picture of which is displayed below, was a United States Internal Revenue Service (IRS) phishing scam. The spam email was sent by a bot running on a compromised machine in India (122.167.68.1). The spamtrap address to which the message was sent was originally harvested on November 4, 2007 by a particularly nasty harvester (74.53.249.34) that is responsible for 53,022,293 other spam messages that have been received by Project Honey Pot.

Blog Archive Interview with an Adware Author Matt Knox, a talented Ruby instructor and coder, talks about his early days designing and writing adware for Direct Revenue. (Direct Revenue was sued by Eliot Spitzer in 2006 for allegedly surreptitiously installing adware on millions of computers.) S: You wrote adware. You bastard. Understanding Dual-Stack Lite The previous article examined a couple of basic Large Scale NAT (LSN) architectures – NAT444 and NAT464 – for creating dual stacked networks in the face of a depleted IPv4 address pool. The focus is primarily on broadband service providers, who must somehow continue to assign addresses to very large numbers of new customers when there are no new IPv4 addresses to use. Assigning IPv6 addresses alone is not practical for two reasons: · Almost all services accessible on the public Internet are still IPv4 only · Although quickly changing, many broadband customers are still running operating systems that either do not support IPv6 or have some shortcomings in their IPv6 support

www.mannyneira.com: Computers: Universe: Life, the UniVerse, and Everything Introduction: Introduction to this course Acknowledgements: Commercial Acknowledgements About... About Universe: About the Universe DBMS UniVerse and UNIX: UniVerse and the UNIX operating system The UniVerse Paradigm: The conceptual framework of Universe Prompt The Command Prompt: Using the ">" prompt The Command Stack: Accessing your command history Accidental Emacs Nice to see Emacs getting a bit of press recently. I’ve used it for almost 20 years now and it dominates my time at the keyboard. It isn’t perfect and I’m reluctant to recommend it but I wouldn’t want to be without it.