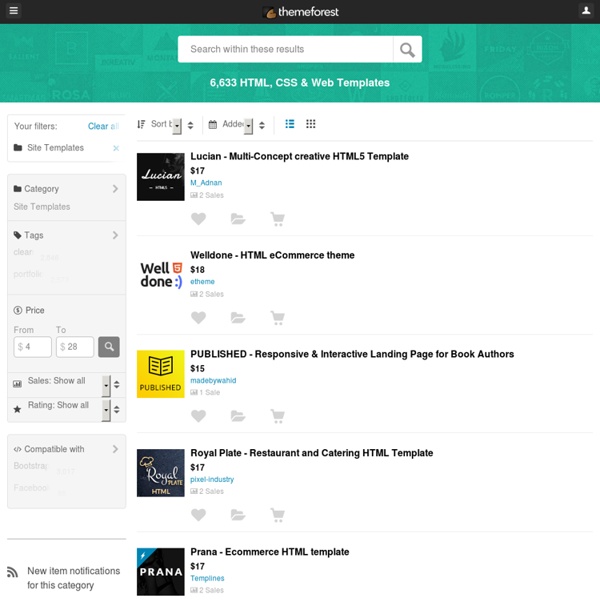 How Can I Earn Some Pocket Money Online? 15 Useful Online HTML Editors for Web Developers Online HTML editors makes it easy and fast to create HTML markup directly on a website or without installing an HTML editor. Creating HTML markup is the most essential part of publishing content online. For programmers, HTML is rather simple, and easy to learn, but for everyone else it is a programming language and takes focus away from the real task at hand; creating valuable content. HTML rarely works well alone and some CSS styling need to be applied to make web pages look great. In modern publishing solution, like e.g. TinyMCE TinyMCE is a platform independent web based Javascript HTML WYSIWYG editor control released as Open Source under LGPL by Moxiecode Systems AB. Free Online HTML Editor This online HTML editor can help you make website content in HTML language without knowing any of the HTML tags. CKEditor CKEditor is a text editor to be used inside web pages. Quackit Use this online HTML editor to create HTML snippets or even whole HTML pages for your website, MySpace page, etc.

Psychology: 53 Mind-Blowing Things You Should Know About Yourself 9 Apps to Help You Create HTML5 Animations Without Coding Apps 9 Apps to Help You Create HTML5 Animations Without Coding This post is written in partnership with PrintRunner, an online printing company that offers label printing services. We all love HTML5 and the stunning animations article shows us its true potential. I am sure that after viewing so many beautiful and creative animations you thought at least once to create your own, because let’s face it, HTML5 is practical, lightweight and mobile friendly, everything you need in order to succeed in today’s web. So, for those of you thinking about creating a professional animation or application using pure HTML5 and CSS3 here are some options. Like I said earlier, you don’t need to know any programming language because the apps will do everything for you. Adobe Edge Even Adobe who owns Flash technologies realized that HTML5 is the way to go in the years to come. Tumult Hype Create one of a kind animations using HTML5 and CSS3. Hippo Studios Sencha MotionComposer Purple Visual Studio DisaPainted

(Building) The 7 Books of a Highly Effective Programmer (Building) The 7 Books of a Highly Effective Programmer Like many programmers, I’m always on the lookout for the perfect programming book. Over the years I have tried to enumerate a few key examples, however after reading them all I am still left wanting. However, I recently came across a couple interesting blog posts 1 that motivated me that the only way to find the set of perfect books for programmers was to build them myself. The process is simple: Define the set of topicsFind the PDFs comprising the aggregate essays for each topicCreate a table of contents, forward, and write or steal a summary of each essayMerge everything togetherGo to Lulu.com and print a book 2Read the books??? YOU, and NO ONE ELSE, is responsible for your career. — Uncle Bob Martin After thinking about the possible topics that would be beneficial to my own enrichment (and to the programmer in general), I hit on the following seven: And that is it. Foreword Essays Abstraction is great but it can only go so far. -m

9 Excellent Tools for Design Mockups So you've just taken some killer photos with your new DSLR, or you captured a great video with your iPhone — what's next? While it feels natural to just post media quickly to your Facebook Page, sometimes great photos or video need their own home in the form of a personal website. But on the other hand, it's not easy to make a website layout that complements rich media. In order to make a great website, professional web designers take advantage of mockup tools to analyze layout, design and functionality. Taking advantage of these applications (some of which are 100% free) is a wise move — especially if you're interested in creating a professional website for your photography or video. We've rounded up nine applications that can help you get the most out of designing your web layout. 1. The application comes with a huge collection of drop-in components and reusable libraries, and an easy drag-and-drop interface. 2. 3. 4. 5. 6. 7. 8. 9. inPresso Screens

Android Performance Case Study, Falcon Pro by Romain Guywww.curious-creature.org Falcon Pro I recently installed Falcon Pro, a new Twitter client, on my Nexus 4. I really enjoy using this application but I noticed a few hiccups here and there while using it and it seemed that scrolling the main timeline did not yield a perfectly stable framerate. I dug a little bit with some of the tools and techniques I use every day at work and I was able to quickly find some of the reasons why Falcon Pro does not behave as well as it can. My goal in this article is to show you how you can track down and fix performance issues in an application, even if you don’t have its source code. A word about performance Android 4.1 put focus on performance with Project Butter and it brought new performance analysis tools, such as systrace. Performance analysis is often a complex task that requires a lot of experience and a deep knowledge of one’s tools, hardware, APIs, etc. Confirming my suspicions $ adb shell dumpsys gfxinfo com.jv.falcon.pro $ .

Advice from startup executives on work-life balance Emily Hickey, CMO of Hashable, mother Her career: Emily Hickey is chief marketing officer of Hashable. Before that the Stanford graduate was chief operating officer of PhotoShelter, cofounder of Yeah! Wireless, and VP of product management at Hot Jobs. Her advice: I think being a working parent at a startup is a pretty tall order... For one, you need not just a great and helpful spouse, but a great marriage. Also, you need to love your job and your company. You also need to be a complete workaholic with a lot of energy. You also need a great outside support system. To sum it up, there's nothing you can do at a startup to lessen the volume of work or smooth out the emotional cycles, and being a parent is completely consuming and erratic on top of that. One thing I've personally spent a lot of time on in the past couple years is meditating and really working on that as a way to keep my mentality light.

Six Keys to Being Excellent at Anything - Tony Schwartz by Tony Schwartz | 2:21 PM August 24, 2010 I’ve been playing tennis for nearly five decades. I love the game and I hit the ball well, but I’m far from the player I wish I were. I’ve been thinking about this a lot the past couple of weeks, because I’ve taken the opportunity, for the first time in many years, to play tennis nearly every day. My game has gotten progressively stronger. And almost certainly could be, even though I’m 58 years old. During the past year, I’ve read no fewer than five books — and a raft of scientific research — which powerfully challenge that assumption (see below for a list). We’ve found, in our work with executives at dozens of organizations, that it’s possible to build any given skill or capacity in the same systematic way we do a muscle: push past your comfort zone, and then rest. Like everyone who studies performance, I’m indebted to the extraordinary Anders Ericsson, arguably the world’s leading researcher into high performance. Pursue what you love.

Six failed businesses on, Dropmyemail’s John Fearon says, “I’m amazing” “I’m a good boss, I really am,” John Fearon, founder and CEO of DropMySite, tells me, in full earshot of his employee at their office in Block 71, Ayer Rajar Crescent, considered the nexus of Singapore’s technology startup scene. He was making a point about how he’d be a bad subordinate but a good leader who is comfortable with starting things. “I’m one of those that can go into the room and self-combust.” With all his self-confidence (whenever he speaks at conferences, he start with,”Hi, I’m amazing”), it’s easy to assume that John, who comes from South Africa, has a string of successful businesses to stand on. Not at all. I prod him about the number of failed businesses he had. (Photo: John being featured in an Amazon Web Services video) John struggles to find his words, which is a rarity. His first business collapsed after six months, burning through the $3,000 that his parents gave him as initial capital. John worked on an online nursing startup next. “It could go broke or go crazy.

People Ignore Generic Photos Online, Study Shows Screenshots via Jakob NielsenPeople look at pictures of real people online but skip over generic photos. Even the most ardent Internet supporters will acknowledge that most Web sites are a hodgepodge of poor design and cluttered content. And so Jakob Nielsen, a Web site consultant and author of a number of books about design and user interface, has made it his personal mission to try to bring order to the tangled design of most sites. For his latest cleaning project, Mr. In the past he has argued that large images annoy users because of the long load times, even with a high-speed Internet connection. His latest eye-tracking survey found that “big feel-good images that are purely decorative” are mostly ignored online, while stock photos or generic people are also intentionally disregarded. The study becomes extremely interesting when its findings are applied to products sold online. Mr. On the Pottery Barn Web site, people engaged with the product photos for extended periods of time.