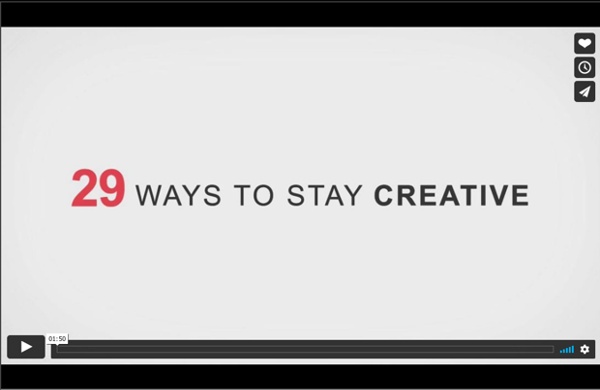 Jonathan Fields I’ve always been a big believer in two concepts. One, that each voice counts. And, two, that just as we benefit from the gifts of society, we are similarly beholden to give back in some way, no matter how small, no matter how immediate. Today is the first-ever Blog Action Day, where thousands of bloggers will unite to speak on the same topic–the environment–to their individual communities and, in doing so, unite all into a single worldwide community that numbers in the millions. I must confess that, while I care deeply about our environment, until I saw Al Gore’s An Inconvenient Truth, I never really understood the urgency to take charge. But, with a 6-year old daughter who’s future I care dearly about, Gore’s message really hit home.

Simple Time-Saving Photoshop Actions from Around the Web As we’ve written before Adobe Photoshop is truly the premiere software suite for graphic designers. Website mockups can be created in a few hours time with full details and page graphics. Truly Photoshop has revolutionized the way web designers can work! One of the lesser known features inside Photoshop is the ability to save and insert Actions. These are specific events which you can save and re-play over and over on project work.

How to get started as an online teacher of English Have you thought about teaching English online? Emma Segev Opens in a new tab or window., second-time winner of the British Council's Teaching English blog award, gives some practical tips and useful websites for getting started. When I first started teaching ten years ago, I was extremely sceptical about the effectiveness of online teaching, but since then I have accumulated a lot of experience. I'd like to share with you a few things I've learned along the way. Getting started

Three Easy Steps To Start Your Creative Process - Pick the Brain The creative process is in our genes – handed down to us by our ancestors who created out of necessity. With their bare hands and rudimentary tools structures were formed, food was grown, garments were made and entertainment was discovered. We reached a point where we no longer have the need to create. Our homes are filled with gadgets that do our work for us. Every day new items are on the store shelf and we snatch up the latest and greatest.

How To Steal Like An Artist (And 9 Other Things Nobody Told Me) - Austin Kleon Wednesday, March 30th, 2011 Buy the book: Amazon | B&N | More… Here’s what a few folks have said about it: “Brilliant and real and true.”—Rosanne Cash“Filled with well-formed advice that applies to nearly any kind of work.”—Lifehacker.com“Immersing yourself in Steal Like An Artist is as fine an investment in the life of your mind as you can hope to make.”

Stop Trying To Get Everyone To Like Your Work When I talk to photographers and survey the industry landscape, I see a zillion photographers trying to have all their work liked by all the people. This comes from our social animal DNA, but it’s the completely wrong approach to success – whether that be measured by your work being licensed, sold, etc, or by getting hired, shown, talked about, displayed, whatever. Simply said, by trying to please everyone, you end up pleasing no one, especially not yourself. But fear not (or fear less, perhaps). The answer is simple.

Animated GIFs Capture Stanley Kubrick's Most Immortal Scenes If you’re a child of the ’70s, you can probably attribute a few nightmares (and fantasies) to Stanley Kubrick, whose impressive and disturbing oeuvre includes such cult faves as The Shining, A Clockwork Orange, and 2001: A Space Odyssey. Part of Kubrick’s genius was in crafting moods, not just scenes -- a mastery on full display in these animated GIFs created by Gustaf Mantel. In a single gesture, they capture an indelible moment in film history in a way no film still possibly could. Dr. Strangelove: Content is no longer king. Here are five things that are. Who said content was king? Content is where I expect much of the real money will be made on the Internet, just as it was in broadcasting.— Bill Gates, Content is King, 1996 1996 was a long time ago. In 1996, the first iPhone was still almost a decade away. In 1996, Mark Zuckerberg was 12.

20+ Surprisingly Useful Inventions The World Didn’t Know It Needed You may never eat Pringles in the same way again. Advertisement 1. The chair that has a notch cut into it for your bag. 2. s Guest Blog Wednesday featuring David Hobby! « Scott Kelby's Photoshop Insider Blog » Photoshop & Digital Photography Techniques, Tutorials, Books, Reviews & More Find a Niche — And Fill It As much time as editorial photographers spend bitching and moaning about how things just aren’t the way they used to be, you’d think we were witnessing the death of an entire genre. Personally, I think nothing could be further from the truth. A Concept Worthy Of Rube Goldberg, For Handling Our Water Woes [Video] Goodnight, Irene, goodnight. But not before calling attention to a relevant prototype that’s now on view in Nevada. “Surface Tension,” by the London-based architectural studio run by Mark Smout and Laura Allen, is an attempt to make a conceptual machine-based landscape that can adapt to our changing water habits, whether irrigation or energy. The studio, Smout Allen has lots of experience with these sorts of fanciful reveries: They’ve designed a futuristic oasis for suburban London, proposed “envirographic instruments” for the Severn River, and visualized water landscapes in Oslo that could provide a source of kinetic energy. But maybe best of all is that, visually, it’s mesmerizing. As the reflective ropes pull up and down on the gold mylar, the A-frames that hold them are connected back to the mirrored chrome disc with a brightly colored handful of wires, all reflected and projected in the room, which crackles with meteorological effort.

These 27 Questions Will Help You (Really) Know Your Learners What’s the point of creating a course that no one wants? No point at all, right? YET, we find hundreds of eLearning designers creating courses that nobody wants. Courses which the designers themselves can’t figure: who would want! It should ALWAYS be the other way around. Designers must first understand their target audience and then build content around their needs, circumstances, limitations, preferences, and wants.

Intelligent YouTube Channels Below, we have gathered together some of the most intelligent video collections on YouTube. A great place to find culturally enriching video... General Universities Spotlighted Collections