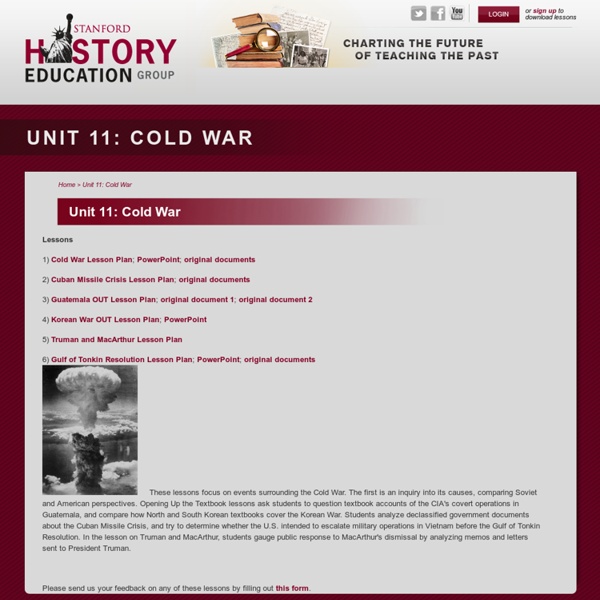 Related:  Mind-Mapping • Once Upon A Time • History Buffet

1945 to 21st Century home | 6th-15th centuries | 16-17th centuries | 18-19th centuries | 1901 to World War II Victors, Independence Movements and Cold War The United Nations – the founding, Roosevelt's hopes denied and the veto Victors against the Defeated – retributions, expropriations, occupations The Media and Tokyo Rose – aroused passions against a fictitious enemy Empire headed for Extinction – colonialism in Asia and Africa China 1911: The Birth of China's Tragedy Jonathan Fenby argues that the failings of China's 1911 revolution heralded decades of civil conflict, occupation and suffering for the Chinese people. Chinese rebel leaders Liu Fuji (left) and Peng Chufan were arrested and beheaded early on October 10th. The Chinese displayed their heads as a warning, ‘killing the chicken to scare the monkeys’, but the Republican government honoured them as martyrs. Photograph by Francis Stafford.The revolt that toppled the world’s longest-lasting empire had been brewing for decades but, when it finally came in October 1911, it was triggered by accident when a bomb exploded in the office of a group of revolutionary soldiers in the Russian concession of the city of Hankou on the river Yangtze in central China.

This is what living in the Viking age looked like Video: The National Museum of Denmark and Fugledegård Information Centre The largest treasure ever found in Denmark, a 1.83 kilogram heavy neck ring of solid gold, was ploughed up on a field near the lake in 1977. After the discovery, the National Museum of Denmark began snooping around the area with metal detectors. But this was only the beginning. "In about 1990, amateur archaeologists started using metal detectors in the field further north along the banks of the lake. Here they began to find jewellery and parts of weapons all the way along the edge of the lake. Case Closed? Columbus Introduced Syphilis to Europe In 1492, Columbus sailed the ocean blue, but when he returned from 'cross the seas, did he bring with him a new disease? New skeletal evidence suggests Columbus and his crew not only introduced the Old World to the New World, but brought back syphilis as well, researchers say. Syphilis is caused by Treponema pallidum bacteria, and is usually curable nowadays with antibiotics.

North Carolina History: A Digital Textbook - LEARN NC Primary sources, multimedia, readings, and lesson plans to tell the many stories of North Carolina's past. Replace your textbook — or enhance your teaching with selections. Get started Sampler An overview with samples of the kinds of readings, primary sources, and multimedia available. Educator’s Guides Logic Problems - Very Easy Logic Puzzles <p style="font-style:bold; color:red"> Warning: Solutions are currently displayed. To hide and show the solutions as desired, enable javascript on your browser </span></p>

Center for History and New Media - Scribe About New! Scribe 3.5 is available: Cartographies of Time: A Visual History of the Timeline by Maria Popova A chronology of one of our most inescapable metaphors, or what Macbeth has to do with Galileo. I was recently asked to select my all-time favorite books for the lovely Ideal Bookshelf project by The Paris Review’s Thessaly la Force and artist Jane Mount. Despite the near-impossible task of shrinking my boundless bibliophilia to a modest list of dozen or so titles, I was eventually able to do it, and the selection included Cartographies of Time: A History of the Timeline (public library | IndieBound) by Daniel Rosenberg and Anthony Grafton — among both my 7 favorite books on maps and my 7 favorite books on time, this lavish collection of illustrated timelines traces the history of graphic representations of time in Europe and the United States from 1450 to the present, featuring everything from medieval manuscripts to websites to a chronological board game developed by Mark Twain.

Life In The 17th Century During the 17th century the population of England and Wales grew steadily. It was about 4 million in 1600 and it grew to about 5 1/2 million by 1700. During the 17th century England became steadily richer. Over the Top - A First World War Free Online Adventure Game Introduction Over the Top is an interactive adventure game that allows YOU to experience life in the trenches during the First World War. As a young Canadian soldier stationed somewhere along the Western Front in the late Fall of 1916, you will live through some of the excitement, despair, brutality and sheer horror of trench warfare. Over the Top is based on the real-life experiences of Canadians who lived and died in the trenches during the First World War. Part history and part adventure story, Over the Top is divided into sections.

99 Mind Mapping Resources, Tools, and Tips So, there you are staring at that black sheet of paper again. Or perhaps it's a black Word document on your computer screen. Whichever it may be, it's obvious you're about to take notes for that big essay assignment or group project, and you're not too excited about getting started! That's where a different kind of note taking comes in to play, one that is actually fun to do and will also help you to understand your notes better. It's a technique called mind mapping, and is based around a strong visual method of taking notes.

Astronomical Insignificance of Maya Date 13.0.0.0.0. - by Vincent H. Malmström In effect, stated in terms more familiar to those of us using the Gregorian calendar, it would be like saying that the beginning of the present world took place on a day numbered “4” which fell on a Saturday about the middle of December, with no thought being given to what had transpired on the first six days of the week or during the first eleven months of the year! This seeming non sequitur appears not to have disturbed either the Olmecs or the Maya. In 1582 when the Dutch chronologist Joseph Scaliger devised a similar system for counting days consecutively from a fixed beginning point, he made sure that his tally conformed to the logic and constraints of the western European culture to which he was an heir. Accordingly, his count began on the first day of the week (Sunday) and on the first day of the first month of the year (January 1). Indeed, in the book cited above, Edmonson went so far as to totally reverse the explanation for how the Long Count came into being.

Women in the 17th Century In the 17th century the professions (lawyer, doctor) were closed to women. However some women had jobs. Some of them worked spinning cloth.

Related:  Cold War
Related:  Mind-Mapping   -  Once Upon A Time   -  History Buffet   -  Well, they used to Live Upon   -  Once Upon ...   -  United States Constitution - Wikipedia, the free encyclopedia   -  The 101 Most Useful Websites on the Internet   -  Eve and the Identity of Women: 7. Eve & Lilith   -  Social Studies for Kids | Social Studies Activities | History for Kids   -  Book of the Dead - Wikipedia, the free encyclopedia   -  95 best websites you should bookmark today   -  The 20 Most Beautiful Bookstores in the World   -  My Top 100 Awesome Websites To Kill Time   -  Cartographies of Time: A Visual History of the Timeline | Brain Pickings   -  The Psychological Comforts of Storytelling   -  Synonyms for the 96 most commonly used words in English | Just English