A lesson on typography 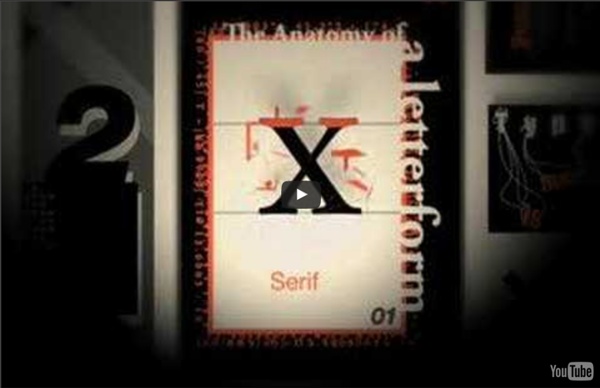 Typography. | i love typography, the typography and fonts blog I love Typography (ILT) was born on August 7, 2007. It exists because I have a passion for typography, type design, and lettering, and for the pages, words, and letters born of those disciplines. As a child I wondered why the teacher asked us to draw the letter a as an o with a tail, when, in my books, the a’s had an extra bit at the top. This site aims to make the subject more accessible, to bring the study of typography to the masses, if you will. It’s just about impossible to imagine a world without type, but at the same time type’s ubiquity has most of us taking it for granted. So take a closer look. Who are you? I’m a British-born writer and publisher living in Japan Vietnam. I recently redesigned this site, and you can read more about that here. I have intentionally omitted my entire life history. John Boardley Me elsewhere:

For Fun | // The Chic Type Blog Tooling Around—A to Z I love finding on-going projects that I discover right when they start—to see the progression and look forward to each day’s post. This happened with the Tooling Around project by Joseph Alessio, who created this awesome A to Z experimental project with tools. Check out the entire alphabet below—cool, right? 4 people thought this was awesome! … Charming Character Illustrations from Tutti Confetti Sometimes I come across an Etsy shop, and I love everything (and I mean everything)! Do you have any favorite Etsy shops? 6 people thought this was awesome! 24 Days of Christmas So, I fully realize that it is now February, and Christmas was quite a while ago….BUT…it’s still December cold, and I really wanted to share this project by Lizzie M…so better late than never, right? Last December, Lizzie decided to illustrate an illustration every day leading up to Christmas Day. This is awesome! Hand-Lettered Resolutions Project 5 people thought this was awesome! The A to Zoë Project

Thinking With Type Louise Fili Do you feel a responsibility to contribute to something bigger than yourself? One thing that was very unfortunate for me when I was in school and just starting out as a designer in New York was that I had no role models. I couldn’t find any women working in the field of graphic design—and I tried very hard to find them. Today, it’s really, really important to me to be a role model in any way I can. I’ve been teaching at the School of Visual Arts for over 30 years, where most of my students are female. Many of the employees I hire are women as well. Are you satisfied creatively? On a good day, I’m 90% satisfied, which is fine; I don’t think one should ever be 100% satisfied because then there is nothing left to aspire to. I believe that every designer has to have personal projects—it’s the only way to grow and find a unique voice. I actually took time off between December and January to go to the American Academy in Rome so I could have an entire month to photograph all the signs in Rome.

Gridlover Digitizing Hand Lettering: From Sketch to Vector Do you love making hand lettering, but feel that there must to be a better way to approach digitizing your work? I want to show you the methods and processes I've discovered for getting the best results when converting hand lettering into digital format. I'm going to share the different techniques I use for various types of projects so you can apply what works best for you. What You'll Learn: Getting Sketches Onto the Computer. What You'll Make I'll be giving you tips and tricks I've picked up for tweaking your vectors to get the results you want faster and easier.

Type Worship: Inspirational Typography & Lettering Paul Shaw Letter Design » Blue Pencil no. 19—Lettering by Andrew Haslam Lettering: A Reference Manual of Techniques Andrew Haslam with photographs by Daniel Alexander London: Laurance King Publishing, 2011 produced by Central Saint Martins Book Creation design and diagrams by Andrew Haslam jacket design by Jason Ribeiro based on an idea by Andrew Haslam senior editor: Peter Jones picture research: Suzanne Doolin and Andrew Haslam copy editor: Melanie Walker 240 pp. hardcover with jacket 8.25 x 10.625 full color photographs Jacket for Lettering; design by Jason Ribeiro based on an idea by Andrew Haslam This dissection of Lettering includes an assessment of each of the book’s sections and subsections. Five stars ***** —The sequence of steps begins with original artwork and ends with a final product. Four stars **** —As above but not all of the images are good; and the original artwork or the final product is absent. Three stars ***—As above but the images are too small, badly cropped or murky; and letters are not visible at each stage of the process.

☙ Theory Lesson Listing | TypEdu ❧ Writing Writing roman and itallic letterforms with the broad edged and the pointed nib dip pen forms a solid foundation for all further study of type. The instruction is simple and craft oriented. Getting aquainted with the pen and it's behavior on paper informs all future design endeavors. Four basic lessons to understand type design theory. The Design Space Understanding type design in terms of navigating a multi-dimensional space containing all possible shapes opens the door to real creative thinking. The Letter Model for Translation Typefaces This modular system of building blocks illustrates the analogy of shapes throughout the alphabet. The Two Kinds of Contrast The two basic types of writing tool — rigid vs. flexible — are essential for understanding the nature of contrast in writing and by extension in type design. Two Types of Construction Roman and italic, different motions in writing result in different character shapes. (This article is still waiting to be written.)

15 Type Foundries You Should All Know About | People of Print If you are looking for something outside the mainstream, you have come to the right place. Today, we ask you to join our journey into the world of typography. Here we take a fresh look at fonts and typefaces and what’s new and exciting in experimental typography. In alphabetical order: A2-Type An independent archive of type created by London-based design studio A2/SW/HK. www.a2-type.co.uk __________ BB-Bureau Here is our all time favourite. www.bb-bureau.fr __________ Colophon Foundry London and New York-based well-respected type foundry Colophon was established in 2009 by The Entente and later joined in by Benjamin Critton Art Dept. www.colophon-foundry.org __________ Commercial Type Famous for their award-winning, epic typeface, Guardian Egyptian. www.commercialtype.com __________ Emmanuel Rey Blending aesthetic experiments with a pragmatic approach, Emmanuel Rey is an independent designer who has a passion for breaking similarity and piquing curiosity. www.grillitype.com __________

Marsolais Press & Lettercarving Designing with Type: Devoted to the Art and Appreciation of Typography