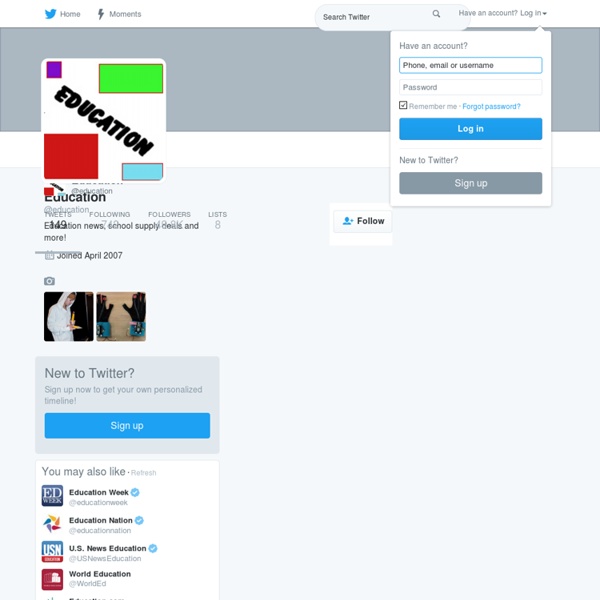 Top 10 Do’s and Don’ts When Flipping Your Classroom #edchat Produce material for YOUR students to engage them outside the classroom. Generic content works as a starting point but students have greater faith in their own teacher’s input.Decide on a workflow solution and stick to it. I use Edmodo to set assignments and annotate responses. Students are happy with this solution as it is cross platform and supports learning with library and backpack resources.Set specific deadlines for your students. If they are given a date then unfortunately that can be construed as midnight!! The old hand-in mantra of next lesson doesn’t fit the ‘flipped‘ class idea and as such can present a problem.Provide access for students who aren’t connected to the internet at home.

21st Century Presentations Byrne eventually debated Tufte about the merits of PowerPoint, and his artwork, along with accompanying music, ended up in both a book and a series of gallery shows called Envisioning Emotional Epistemological Information or E.E.E.I., for short. The title might be a mouthful, but it is a not-so-subtle (and good-natured) jab at Edward Tufte's own influential book about how we conceptualized data, Envisioning Information. Not only did David Byrne make visual art out of PowerPoint, he may have created the highest concept "diss track" of all time. Rethinking Traditional Presentations Google Docs Demo Slam Animation

The Challenge of Digital Media in the Classroom Education content on MediaShift is sponsored by Carnegie-Knight News21, an alliance of 12 journalism schools in which top students tell complex stories in inventive ways. See tips for spurring innovation and digital learning at Learn.News21.com. Young people who multi-task can complete the task more rapidly, but they make more errors, so we're becoming faster but sloppier when we multi-task." - Gary Small Ten Questions You Should Ask Before You Flip Your Classroom As the school year starts, many teachers are wanting to implement flipped learning into their classes. Before you begin, I encourage you to answer each of the questions below. The purpose of the questions is to help teachers BEGIN the process of flipping their class. This is only the first step. Flipped Class 101 can lead to Flipped Learning, which is a second stage of the Flipped Class.

5 Reasons Why the Flipped Classroom Works in Higher Education Education research expert David Miller reveals 5 benefits flipped classrooms provide higher education. By David Miller February 10, 2015 Strategies for action in digitally mediating learning « Scientix blog A distinctive characteristic that distinguishes 21st from 20th century education is the emphasis on inclusivity where everyone has the right to be provided with equal opportunities for education and an important part to play and contribute in society. In the philosophy underlying 20th century education, Barber (2013) states that differentiation and up to a certain extent segregation was accepted as the rule of the day. Thus school systems that categorized, segregated and branded students for a professional, semiskilled or unskilled track for life were acceptable and went undisputed. In the 21st century this is not afforded anymore.

A Thematic Approach to Planning Your Maker Space When schools talk about the Maker Movement and creating maker spaces, they often focus their initial thinking on purchasing the tools and materials. This resource-driven approach can create a buzz in your school for some time; however, that excitement will inevitably fade. While resources are an important part of any maker space, taking a thematic planning approach is much more effective. No two maker spaces are alike or should be alike.

Digital Literacy is the Bedrock for Lifelong Learning People often ascribe technological devices with magical properties, as though the inert objects in and of themselves can bestow us with the capacity to be "better, faster, and more productive." In actuality, it is the people making and using technological devices to achieve shared goals that produce the seemingly magical results. In a similar way, this Microsoft infographic seemed to suggest that simply having a home computer with Internet would fix billions of dollars of lost-earning potential due to nearly 10 million American students lacking access to digital tools.

Middle School Maker Journey: Top 20 Technologies and Tools "It's not about the tool," they say -- but sometimes it is. In our middle school makerspace, students have been using a variety of tools and technologies in a variety of projects and activities. And there are many more that we've yet to explore and experience. While our makerspace is still in its infancy, it feels like we've had the program forever. As of this writing, a second group of students is in the midst of Design Experience One. We haven't had that much time to delve into projects in depth, but you can expect more from us later in the year.