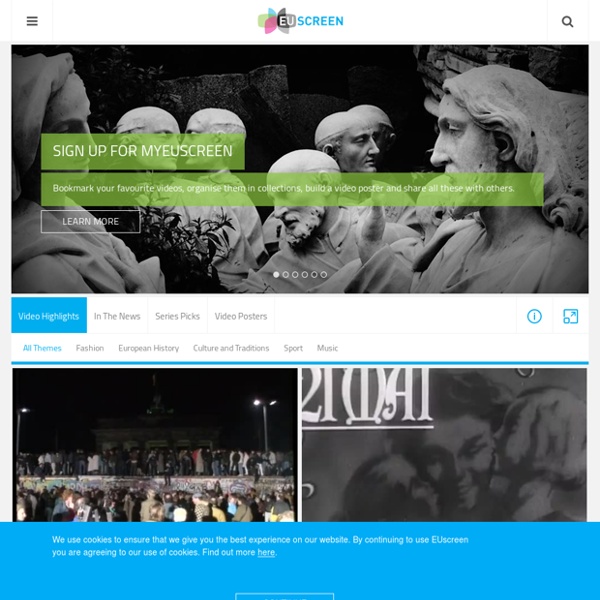 Primary Sources for the Humanities: Europe & UK Check the A-Z list of Primary Sources for additional resources. If you need help, please contact Rebecca Dowson, Liaison Librarian: English Literature and History at 778.782.4304 or rda26@sfu.ca or Ask a librarian. This digital library contains some of the core printed primary and secondary sources for the medieval and modern history of the British Isles. A collection of links to European primary historical documents that are transcribed, reproduced in facsimile, or translated. They shed light on key historical happenings within the respective countries and within the broadest sense of political, economic, social and cultural history. Europeana A collection of approximately 6 million digitized items including books, paintings, films, sound recordings, museum objects and archival records.

Teenagers and UK culture Why bring UK culture to the teen classroom? We can introduce UK culture into the English classroom to help our students improve their English and at the same time learn about values and ways of doing things which may be different to theirs. Learning about life and culture in the UK can be very motivating as it brings the language alive for learners and creates a link between language and real life. See if you agree with these comments from teachers on teaching UK culture to their teenage learners: ‘We need to avoid reinforcing erroneous British stereotypes to our teenagers. Not everyone in the UK is very formal and drinks tea at five o’clock!’

American History Best U.S. History Web Sites Library of Congress An outstanding and invaluable site for American history and general studies. Book Series: The Other Voice in Early Modern Europe Originally founded by series editors Margaret King and Albert Rabil and the Press in 1993 as a modest proposal to make available in English translation perhaps a dozen key texts by women writers who contributed to the development of humanism during the European Renaissance (ca. 1300-1800), the Other Voice in Early Modern Europe series began publishing books in 1996. After the first half-dozen books were published, it soon became clear that the mission of the series had grown into the larger ambition of the textual recovery, not just of works by or about women that called for gender equality and equal education, but other important works, many quite popular in their day, from many different disciplines and genres, including religious history and devotional writing, economic equality and female autonomy essays, anatomy and medical treatises, philosophical and scientific works, and imaginative literature (including memoir, fiction, drama, and lyric and epic poetry).

The French Revolution The webserver at Alpha History tells us you’re using an adblocking tool, plug-in or browser extension on your computer or network. We understand that many people don’t like web-based advertising. Ads on websites can often be irrelevant, distracting and ‘in your face’. Human Rights This is the preparation material for an English conversation lesson about human rights. Human rights are rights inherent to all human beings, whatever our nationality, place of residence, sex, national or ethnic origin, colour, religion, language, or any other status. We are all equally entitled to our human rights without discrimination. Universal human rights are often guaranteed by the law of a country, general principles and other sources of international law. International human rights laws give down obligations of Governments to act in certain ways or to refrain from certain acts, in order to promote and protect human rights and freedoms of individuals or groups.

Lost Property This EFL lesson is designed around a beautiful short film titled Lost Property by Asa Lucander. Students do a dictation, work out meanings of the verb ‘lose’, speak about lost items, watch a trailer and short film, and write a story. I would ask all teachers who use Film English to consider buying my book Film in Action as the royalties which I receive from sales help to keep the website completely free. Language level: Intermediate (B1) – Upper Intermediate (B2) Learner type: Teens and adults Best Resources For Teaching About Rosa Parks & 60th Anniversary Of The Montgomery Bus Boycott Thanks to Teaching Tolerance, I just learned that December 4th will be the 60th anniversary of the Montgomery Bus Boycott. I’m sure there will be lot of new resources becoming available in the next few weeks, and I’m also sure that there are plenty that I’m not including in the first edition of this post. Please let me know what I’m missing. You might also be interested some of the many previous “Best” lists I’ve published on the Civil Rights Movement & race and racism, including: The Best Websites For Learning About Martin Luther King The Best Resources To Remember Dr.

The Seven Best Silent Short Films for Language Teaching - Kieran Donaghy As many short films are artistic, they have limited appeal in the commercial marketplace and are funded from diverse sources. To make them easier to sell worldwide, they often contain little or no dialogue, which makes comprehension much easier. As a result, they offer intensely ‘filmic’ experiences, using images and movement, sequence and duration, sound and music to tell their stories. These silent films are perfect for the language classroom as they can be used with any level – the teacher just needs to adapt the difficulty of the task to match the level of the students. Here are the seven short films which I have found work best in the language classroom. Your Secret

The Seven Best Short Animated Films for the Language Classroom - Kieran Donaghy Animated films are ones in which individual drawings, paintings, or illustrations are photographed frame by frame. Traditionally animated films have been associated with children, however, nowadays they are designed to appeal to everyone. With the increased ease of creating animations, there has been a huge rise in the number of animated films being produced, and the vast majority of these are short animations. Many of these short animated films can be exploited in the language classroom as they are short enough to be used in a single session, offer a complete narrative in a short space of time, have a unique capacity of grabbing and holding students’ attention, and deal with contemporary subjects and issues, such as bullying, racism, sexism, homelessness, and human rights, which are relevant to students’ lives.

The Best Posts On The “Flipped Classroom” Idea Check out my two-part Education Week Teacher series on the flipped classroom here I’m a bit wary/skeptical about whole “Flipped Classroom” idea and how it works in practice. Diana Laufenberg spoke for me, also, in some of her tweets about the concept: Three Good Tools for Building Flipped Lessons That Include Assessment Tools In the right setting the flipped classroom model can work well for some teachers and students. I recently received an email from a reader who was looking for a recommendation for a tool would enable her to add an assessment aspect to her flipped lesson. Here are some tools that can accomplish that goal. eduCanon is a free service for creating, assigning, and tracking your students' progress on flipped lessons. eduCanon allows teachers to build flipped lessons using YouTube and Vimeo videos, create questions about the videos, then assign lessons to their students.