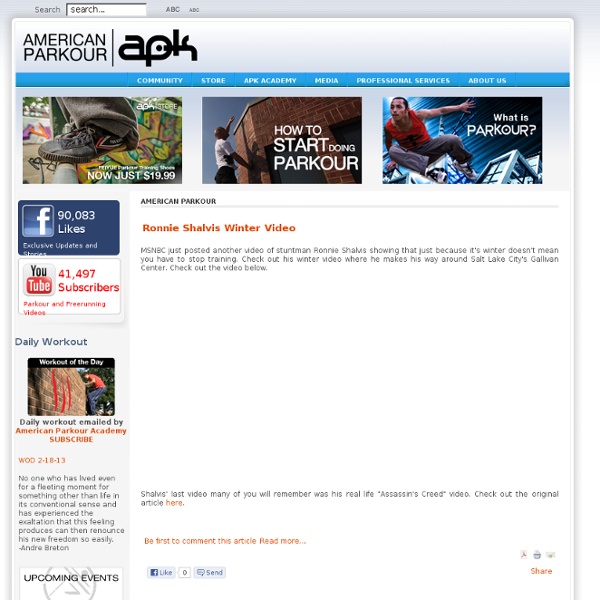 Bryan on Scouting Find two trees, grab some friends, and work on your balance: Slacklining is now an approved Scouting activity — with qualifications. After a thorough review, the BSA’s Health and Safety team officially OK’d the extreme sport this week for all Scout units, districts, and councils. I first told you about the addictive, challenging, community-based activity that involves walking across a two-inch tightrope after an Eagle Scout slacklined at the Super Bowl. At the time, though, the BSA hadn’t ruled on slacklining. “Don’t try this at home,” I wrote. Colin Kaepernick explains why he sat during national anthem SANTA CLARA, Calif. -- San Francisco 49ers quarterback Colin Kaepernick has willingly immersed himself into controversy by refusing to stand for the playing of the national anthem in protest of what he deems are wrongdoings against African Americans and minorities in the United States. His latest refusal to stand for the anthem -- he has done this in at least one other preseason game -- came before the 49ers' preseason loss to Green Bay at Levi's Stadium on Friday night. "I am not going to stand up to show pride in a flag for a country that oppresses black people and people of color," Kaepernick told NFL Media in an exclusive interview after the game. "To me, this is bigger than football and it would be selfish on my part to look the other way. There are bodies in the street and people getting paid leave and getting away with murder." The 49ers issued a statement about Kaepernick's decision: "The national anthem is and always will be a special part of the pre-game ceremony.

The complicated relationship between sports and politics A new study suggests serious sports fans are likely to show strong support for the U.S. military — a finding that could help explain why some Americans react negatively to athletes kneeling during the national anthem. The study does not specifically address sports fans’ opinions about the national anthem or athletes kneeling during it as a form of political protest. However, for some fans, the military and “The Star-Spangled Banner” are closely linked, said one of the authors, Michael Serazio, an assistant professor of communication who teaches a course on sports, media and culture at Boston College. “In the minds of those fans, the anthem and the [American] flag and the military are possibly interlocking in a way that to protest in the presence of one is to protest all of those elements,” he told Journalist’s Resource. Serazio teamed up with Emily A.

Colin Kaepernick to take a knee during national anthems no more By Daniel Chaitin(@danielchaitin7)•3/3/17 12:32 PM Daniel Chaitin Senior Web Producer The Washington Examiner Learn more about Washington Examiner'sAlerts The Washington Examiner The Washington Examiner2017Washington, DCPolitics2017-03- Kaepernick to take a knee during national anthems no moreNFL quarterback Colin Kaepernick plans to stay on his feet next season after taking a knee during the national anthem before every game last year to protest police brutality and racial injustice. According to unnamed sources in an ESPN report, Kaepernick doesn't want to risk damaging the positive impact he believes he made through the demonstration. The NFL and a History of Black Protest In 1944, Black activist and sportswriter Halley Harding, argued that “most persons, corporations or business almost always forget the people or incidents that made them big.” “This story,” he continued, “is about a great American sport [football] that took all the aid the colored American could give and then as soon as it became ‘big league,’ promptly put a bar up against the very backbone of its existence.” What was true about the National Football League (NFL) in 1944 is also true today. The NFL does not embrace its Black past. The league celebrates the Black pioneers of the game, such as Fritz Pollard, Paul Robeson, Bobby Marshall and Duke Slater–athletes who played in the league in the early 1920s. This is the easy part.

Nike’s Kaepernick ad has some state officials trying to ban the brand Nike’s new ad campaign featuring Colin Kaepernick sparked outrage among his critics, several of whom demanded a boycott of the brand and took to social media to share pictures of themselves burning its products. In 2016, Kaepernick, then a member of the San Francisco 49ers, kneeled during the national anthem to draw attention to police killings in communities of color, a protest that critics (including Donald Trump) claimed was unpatriotic. By featuring Kaepernick in its campaign, Nike has positioned itself as an ally to him and, by extension, to the Black Lives Matter movement that shares his stance on policing. While overall the Kaepernick ad has been a success for Nike — sales jumped by 31 percent shortly after the new campaign debuted — some officials are taking their displeasure with it beyond sneaker burning, with troubling implications. A Louisiana mayor tried to ban all Nike products from city recreation centers

[Thèse] Sport électronique, agressivité motrice et sociabilités - Nicolas Besombes Abstract : This transdiciplinary work, at the intersection of motor praxeology, the sociology of sports and game studies, seeks to understand the phenomenon of “electronic sport” (Wagner, 2006; Taylor, 2012), using the fighting game Mortal Kombat X as its primary focus. The first chapter of this dissertation examines the competitive video gaming practice under four objective and operational criteria commonly used to define a sport: the physicality, the organization of competitions, the regulatory system and the institutional device (Parlebas, 1999). In order to understand more clearly the characteristics shared by these two contemporary practices, our analysis is based on a qualitative methodology centered on direct observations during training and e-sport competitions (n = 9) and semi-directive interviews with amateurs, semi-professional gamers (n = 4) and with an organizer of competitive events (n = 1).