The Museum of Me 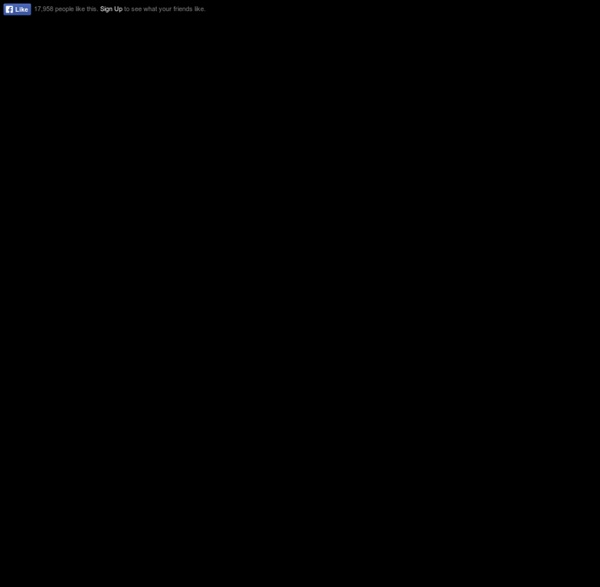 The 9 Most Creative Uses Of Pinterest In what seemed like no time (but was, in fact, several years), Pinterest went from a talking point for digital elites to a de rigueur social tool for just about every person, media company and, of course, brand. According to data compiled by online consumer behavior firm Experian Hitwise, Pinterest saw 104 million visits in March, a strong third-place finish behind Facebook with 7 billion and Twitter with 182 million. So, there’s clearly a compelling case for Pinterest based on overall numbers. But how are brands creating a presence on Pinterest using the platform’s strengths to their advantage? Given the rapid growth of Pinterest, there was hardly a chance for brands to absorb any meaningful best practices. David Berkowitz, VP of Emerging Media for digital agency 360i, recalls introducing clients to Pinterest a year ago, noting how quickly the landscape has changed for brands on the platform.

Great Resume Designs that Catch Attention–and Got People Hired Inspiration June 21, 2011 When applying for a job, you have no choice but to do your best to outshine competition. Even before winning an interview, your qualifications (or in some instance, your character) are already judged by the resume you’ve submitted. It is then important to make your resume or CV as honest, concise, and striking as possible. If you are looking forward to a creative position, you will be expected to come up with something grand and extra creative as well. Take a look at how other designers compose their creative resumes. 40 Creative Examples of Facebook Timeline Designs Recently at the F8 Conference, Facebook CEO Mark Zuckerberg introduced a massive redesign to our favorite* social media website. Honestly the new updates are understandable and from their point of view provide a better experience for the end user. From a personal point of view, each time they implement a change I get more confused, frustrated, and unwillingly forced to learn the new layout. When will they leave it alone? I have no idea. Twitter had a major redesign a couple of months ago, and that was easy to learn.

20 Ways to Use Augmented Reality in Education Second Life proved an incredibly valuable tool for educators hoping to reach a broad audience — or offering even more ways to learn for their own bands of students. Augmented Reality Development Lab: Affiliated with Google, Microsoft, and Logitech, the Augmented Reality Development Lab run by Digital Tech Frontier seeks to draw up projects that entertain as well as educate. The very core goal of the ARDL involves creating interactive, three-dimensional objects for studying purposes. Reliving the Revolution: Karen Schrier harnessed GPS and Pocket PCs to bring the Battle of Lexington to her students through the Reliving the Revolution game, an AR experiment exploring some of the mysteries still shrouding the event — like who shot first! Players assume different historical roles and walk through everything on a real-life map of the Massachusetts city. FETCH!

Create "Cool" Typography Using Paths in Photoshop In this tutorial we will demonstrate how to create some "cool" custom typography. Let's get started! The following images were used during the production of this tutorial. We will use the circle path and parts of it and stroke them with brush. Pick Ellipse Tool (U) and choose Path option on the properties panel. 35 Statistics That Fuel the Battle Between Pinterest and Google+ As the two newest social networks, Google+ and Pinterest have gotten a lot of attention recently. It's no surprise. Each has experienced rapid growth and adoption, leaving marketers wondering how to effectively leverage each new platform for business. So which -- if either -- are worth a marketer's time? And how do you decide? To make the decision a little bit easier, we've compiled a new ebook, Battle of the New Social Networks, which gives you a side-by-side comparison of the pros and cons of Pinterest and Google+.

Back-to-School With 40 Excellent Adobe Illustrator Tutorials Advertisement Learning is a process which continues throughout the life of an artist, graphic designer, and illustrator. Along the way, designers find the task of mastering Adobe Illustrator a large obstacle which requires practice and experience in using the vector-based application. Practice comes in the form of tutorials, which offer tips, tricks, and artistic styles from other designers who have mastered certain techniques based on their experience.

A Graphic Guide to Facebook Portraits & Man Made DIY & Keywords: graphic, humor, design, facebook With the release of The Social Network, we're experiencing a renewed interest in the gold-standard of profile makers. And the single biggest indicator of one's digital personality? The profile pic. AppArchitect Lets Anyone Build iOS Apps, No Coding Or Templates Necessary Easy app creation, outside of the land of Ruby and Python, has become a huge phenomenon in the last year. And the latest company to join the fold,AppArchitect, is launching straight from our Disrupt NY stage. AppArchitect lets you build custom iPhone and iPad apps using a simple drag-and-drop interface. That’s right — you need zero coding experience to build your own iPhone app. It’s a brand new world. Once you log in to the AppArchitect system, you’ll be asked whether you want to make an iPad or iPhone app.

It’s a Small World After All: The Top Global Web Trends Social media is a global phenomenon indeed. Certainly Facebook, Twitter, Google+, in their own way, each make the world a much smaller place. The distance between any two people is shrinking as the number of network connections continues to proliferate. Fascinating Lamps by Calabarte Calabarte is the pseudonym of a Polish artist named Przemek Krawczynski, whose art takes on a peculiar but incredibly beautiful form: cool lamps. The name itself is a portmanteau of two words – art (obviously), and calabash, the fruit that carries his imagination. The calabash is a bottle gourd originating in India, although Calabarte gets his supply from Senegal.