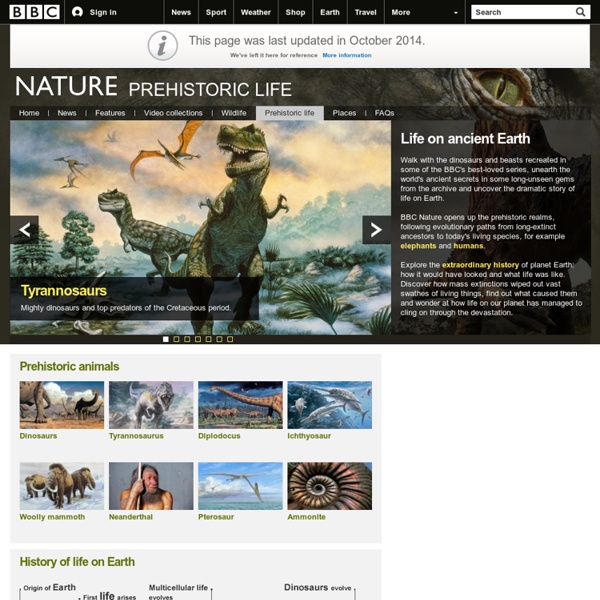 2007 Nobel Prize in Physics The 2007 Nobel Prize in Physics was awarded for the discovery of a revolutionary quantum mechanical effect that is used to store and retrieve data on hard disk drives in a way not possible before. The prize will be divided equally by Professor Albert Fert from the Paris-Sud University in Orsay France, Professor Peter Grünberg, from the Institute of Solid State Research in Jülich Germany. The two scientists independently and simultaneously discovered a new physical effect called “Giant Magnetoresistance” (GMR), leading to the radical miniaturizing of hard drives in recent years. Data is stored on a hard drives in the form of microscopic ferromagnetic particles which are magnetized in one of two different directions, each corresponds to the binary value 1 or 0. A read-write head scans the disk and registers the magnetic changes according to the current state of the drive. TFOT also covered the 2006 Nobel Prize in physics.

mz_paleogeog_wus.html Baja BC and North America at 105 Ma Images and text modified from a poster session presented to the Annual Meeting of the Geological Society of America, Seattle, Nov. 2003 by Ron Blakey and Paul Umhoefer, Department of Geology, NAU. The images and text presented here show the paleogeography and tectonic evolution of western North America during the Mesozoic but tie in to Late Paleozoic and Early Cenozoic events as well. Emphasis is on an evolving and complicated tectonic assembladge of terranes that accreted to western North America, primarily during the Mesozoic. Our goal is to demonstrate the sequences paleogeographic evolution in relation to complex, dynamic, tectonic events. Outline of Presentation AbstractIntroductionPaleogeography and Geologic HistoryReferencesText only - all text without figures Return to RCB Home page

El Parque Prehistórico - recursos para todos Programas: El Parque Prehistórico El Parque Prehistórico Sinopsis: Una aventura que retrocede en el tiempo para rescatar a diferentes animales prehistóricos del peligro, de la enfermedad o de su extinción inminente. ¿Qué sería de esas especies si tuvieran una segunda oportunidad en la seguridad del presente? Género: Documental Etiquetas: dinosaurio, clasificación de dinosaurios Einstein's Big Idea Einstein's Big Idea PBS Airdate: October 11, 2005 NARRATOR: When we think of E = mc2 we have this vision of Einstein as an old wrinkly man with white hair. E = mc2 is not about an old Einstein. It's actually about a young, energetic, dynamic, even a sexy Einstein. ALBERT EINSTEIN: What would I see if I rode on a beam of light? MICHAEL FARADAY (Dramatization): Perhaps some sort of electrical force is emanating outwards from the wire. HUMPHRY DAVY (Dramatization): What? WILLIAM THOMAS BRANDE (Dramatization): Faraday, my dear boy, electricity flows through a wire, not sideways to it. MICHAEL FARADAY: You see, John? ANTOINE LAVOISIER (Dramatization): It is my great ambition to demonstrate that nature is a closed system, that in any transformation no amount of matter, no mass, is ever lost, and none is gained. JEAN-PAUL MARAT (Dramatization): The people... CAPTAIN: Lavoisier. JEAN-PAUL MARAT: ...it is they who will determine right and wrong. FRANCOIS-MARIE AROUET DE VOLTAIRE: I discovered you. S. S.

North America -- Key time slices showing paleogeographic and tectonic history The Key-Time-slice series of paleogeographic maps for North America was completed in June, 2013. The maps represent a complete redo of the previous North American series; map size and resolution were increased by nearly twice and new data from the geologic literature were used in map preparation. Their detail and image size make them some of my most detailed maps. The maps were compiled from many sources (see below) and are based on many different tectonic models; numerous compromises between varying models were necessary, especially models of terrane accretion. Particular attention was paid to making sure that tectonic and geologic events between adjacent time slices made geologic, geographic (space issues), and tectonic sense. All of the features on the maps are palinspastically restored -- that is, the positions of various terranes and blocks are shown in their presumed location during a given time slice. Additional Notes

University scientists study superconductors The fastest trains in the world don’t drive. They fly. Japan’s Maglev Shinkansen trains, which have achieved record speeds of up to 361 miles per hour, literally float above their tracks, thanks to powerful superconductors, which scientists believe may also one day be used to revolutionize power transmission and electric car motors. In the two decades since high-temperature superconductivity was discovered, however, scientists have failed to understand the phenomenon thoroughly enough to fully harness its tremendous potential. While many scientists believe that the electrons in high-temperature superconductors are bound together in pairs by some type of external “glue” to resist their natural repulsion, the University group found evidence that, paradoxically, this repulsion may itself be the cause of the electron binding needed to form superconductors. Superconducting materials conduct electricity without dissipating energy at either very high or very low temperatures.

index Planet Earth, a beginners guide | Shropshire's Geological Trail | What's My Rock? | About Shaping of Shropshire | Contact us This page arose from the Shaping of Shropshire joint project between Shropshire Wildlife Trust and Shropshire Geological Society, supported by the Heritage Lottery Fund. All content of this site is ©Shropshire Wildlife Trust and Shropshire Geological Society Science The more we understand about science and its complexities, the more important it is for scientific data to be shared openly. It’s not useful to have ten different labs doing the same research and not sharing their results; likewise, we’re much more likely to be able to pinpoint diseases if we have genomic data from a large pool of individuals. Since 2004, we’ve been focusing our efforts to expand the use of Creative Commons licenses to scientific and technical research. Science Advisory Board Open Access The Scholars’ Copyright Project Creative Commons plays an instrumental role in the Open Access movement, which is making scholarly research and journals more widely available on the Web. We’re also expanding Open Access to research institutions. We’ve created policy briefings and guidelines to help institutions implement Open Access into their frameworks. Open Data At Creative Commons, we believe scientific data should be freely available to everyone. Learn more

Geologic time scale « paleoaerie Time. My day job has kept me extraordinarily busy and away from paleoaerie for a while, thus the lack of new posts here recently, so I thought now would be a good time to discuss temporal issues. Fortunately, things have calmed down a bit and I can get back to working on evolving the website. Speaking of which, it is time I got started. Time is a subject about which much has been written, especially about our perceptions of time. One of the difficulties some people have with evolution is they don’t see how small changes in a population could lead to the diversity of life we see. Unfortunately, they do not see how their personal experience misleads them. So how does one get people to comprehend the incomprehensibly vast time frames we are talking about? This is the standard geologic time scale used by professionals the world over, put out by the Geological Society of America. The idea of condensing all of time into a calendar can be re-envisioned as a clock.

San Diego State University Department of Astronomy Alpine Analytics | Deep Time: The Story of Mother Earth Copyright and Intent: ©2013 Root Routledge — all posters and images: permission granted to download, copy, print and freely distribute; not for sale or resale. My point is to share this work widely at no cost (other than your printing cost), to help everyone interested better understand our Mother Earth and how our climate system evolved and operates — and to motivate interest for active citizen engagement with climate policy to save our precious Blue Marble planet from its current business-as-usual (BAU) path to certain climate catastrophe. Printing Service: You can download jpg's and have them printed at your favorite locally-owned printing service. For your convenience, I've set up all jpg poster files with our local printer Basin Printing in Durango, Colorado. They can print all the sizes and ship them anywhere in the world. See the file list, pricing and contact information at the bottom of this page. Let's save our future.