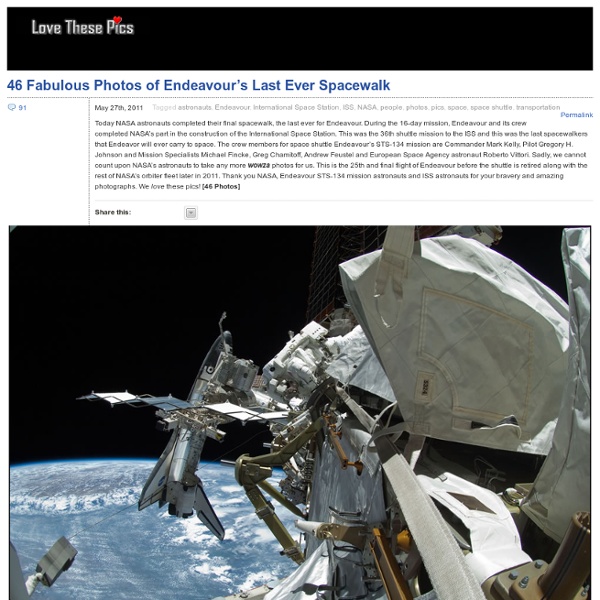 15 Mind-Blowing Featured Images by NASA The NASA Goddard Space Flight Center is home to the United States’ largest organization of combined scientists, engineers and technologists that build spacecraft, instruments and new technology to study the Earth, the sun, our solar system, and the universe. They are also home to some of the most amazing images, visualizations and videos NASA has to offer! Please do yourself a favour and check out their incredible Flickr page which has thousands of images with wonderfully detailed descriptions. Below is a collection of 15 mind-blowing featured images from NASA. Enjoy! 1. The STEREO (Ahead) spacecraft caught this spectacular eruptive prominence in extreme UV light as it blasted away from the Sun (Apr. 12-13, 2010). 2. This is a mosaic image, one of the largest ever taken by NASA’s Hubble Space Telescope of the Crab Nebula, a six-light-year-wide expanding remnant of a star’s supernova explosion. The orange filaments are the tattered remains of the star and consist mostly of hydrogen. 3. 4.