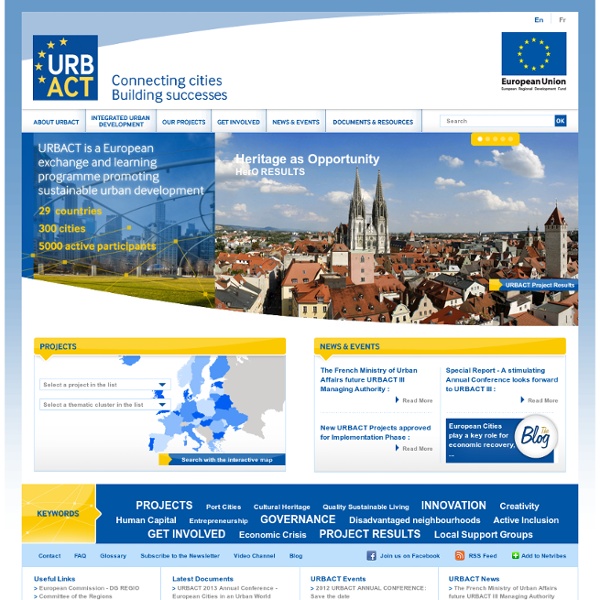 Martijn van Strien launches Post-Couture Collective Dutch Design Week 2015: Dutch designer Martijn van Strien has launched a fashion company that allows consumers to download, customise, produce and self-assemble clothing designs. The Post-Couture Collective site launched with six pieces taken from the One Off collection by van Strien's own experimental fashion label mphvs. Each of the items can be personalised to the buyer's individual measurements, and then either downloaded and further customised before being produced at a local Makerspace, or delivered as a kit. "I was inspired by the challenge I saw in trying to develop a collection that would be completely makable in Makerspaces," said the designer, who launched his mphvs label with a range of laser-cut unisex garments. "Aesthetically I'm always inspired by architecture, the austerity of Brutalist buildings or the construction techniques that you find in bridges for example," he added.

Civil society & local authorities Civil society and the broader set of non-state actors (NSAs) and Local Authorities (LA) are privileged partners of the EU. Support from the EU for these actors encourages them to work towards better governance and more participatory development, increasingly involving citizens through their specific, often complementary, approaches. To facilitate its relationship with civil society and local authorities, the EC has established a space for dialogue and tools tailored to their specific requirements. What's On

Smart City Living Lab Growing urbanisation, sustainable development, digital challenge, users’ involvement, economic and cultural attractiveness, governance are part of the main stakes cities have to tackle. To face this plural urban reality, it has become necessary to find adapted means to conceive cities and territorial development. A better consideration of the uses, the creation of real consultation methods have priority. Thus, the new processes to imagine have to respond to a main stake: to restructure urban places to live and to invent a creative, sustainable and citizen–centred city. As a laboratory for urban innovation, SmartCity invites people from creative and digital economy, users, academics, local authorities, architects and urban planners to create unreleased ways of apprehending and transforming the city. It aims at developing process of open innovation in real urban environment.

Ikea’s Newly Designed Refugee Shelters Are a Game Changer Refugee camps across Iraq are about to get a Swedish touch. The United Nations’ refugee agency just ordered 10,000 shelters designed by Ikea, its largest corporate partner, set to be shipped out and built this summer. Produced by Better Shelter, a social enterprise started by the Ikea Foundation, the design marries form, function, and sustainability. One shelter can last an average of three years, compared with traditional tents, which typically last only a few months.

Transparency, simplification of the Treaties and quality of Community legislation The European Union often deals with complex technical matters, whilst its institutional arrangements are unique and difficult to understand on first acquaintance. Frequent misunderstandings have thus arisen between the European institutions, national political and economic interests and the European public at large. To promote a better understanding of the European integration process, the institutions are gradually adopting more transparent ways of working and taking decisions. The concept of "transparency" applies mainly to the question of access to Union information and documents but it also has to do with the production of clearly understandable legislative texts. The Treaty of Amsterdam confers certain rights on the public and makes recommendations to the institutions with a view to ensuring that the fullest possible information is available and thus improving the democratic workings of the European Union.

CONCERTO Details Last Updated on Monday, 14 July 2014 16:05 Welcome to the CONCERTO website!The website is not currently being updated as the CONCERTO Premium project has been completed. IKEA Unveils Solar-Powered Flat Pack Shelters for Easily Deployable Emergency Housing IKEA just turned turned its flat pack sensibilities from the urban apartment to the global village by unveiling a comfortable, solar-powered shelter that can provide emergency housing for natural disaster victims and refugees. The flat pack homes were developed in collaboration between the IKEA Foundation and the United Nations High Commissioner for Refugees (UNCHR), and they can be set up in a snap to provide immediate shelter for those in need. Prior to the IKEA collaboration, the UNCHR was only able to provide tents or converted mass-shelters for the influx of refugees into countries around the world.

New York Ny Usa 1999 - Planning Construction - Northern Architecture Exhibition. 20/11/99-15/1/2000. Artists Space. Selection: Claudia Gould Curator Jenelle Porter. EU Accountability report on Financing for Development 2011 The European Commission has published a report "Enhancing EU Accountability on Financing for Development: towards the EU Official Development Assistance Peer Review – Annual Report 2011", which analyses and illustrates how the EU and its Member States have moved to fulfil their various commitments for more and better financing for development. EU Accountability report 2011 The report,published the 19 April 2011, confirms that in general the EU as a whole has kept up progress delivering on its pledges, although the situation differs greatly between issues and Member States. For the first time, as a step to increase transparency and accountability of EU, all Member States have agreed to the publication of their replies to the annual questionnaire on financing for development. It covers previous year's efforts by the EU and its 27 Member States to:

Crowdfunded Parks Are Coming and That Isn’t a Bad Thing In the last four years, more than 30 new businesses have opened on Broad Avenue in the Binghamton section of Memphis. After years of decline, the wide, storefront-lined avenue is finally rebounding as the spine of a new arts district. Ask locals what drove the change and invariably, they will mention the Hampline, a bike lane connecting Broad to some of the city’s most popular neighborhoods and amenities. Inba Seva Sangam Inba Seva Sangam is situated at Sevapur in Kadavur Block of Karur District Tamilnadu. Sevapur is a newly created village by the Belgium Mother Lea Provo in the year 1968. It is on the Dindigul Kadavur Road via Ayyalur at the 37th kilometer. It is surrounded by small hills which are the continuation of the Western Gurads. It is at the 630 meter above sea level.After the passing away of her husband in Belgium Mother Lea Provo at the instance of a Gandhian disciple Shanthidass (Joseph Jean Lanza del vasto ) of France came to India and visited Gandhian instutions like Gandhi Nikethanam Ashram of T.Kallupatti and Gandigram and stayed there for some time and wanted to start an institution to serve the rural people in the manner, suggested by Mahatma Gandhi.When she approached the collector of Trichy, the District authorities entrusted the 300 acers of Bhoodan land in Kadavur block donated by the Zamindhar of that place, Sri.K.K.G.Muthaiah. Vision: