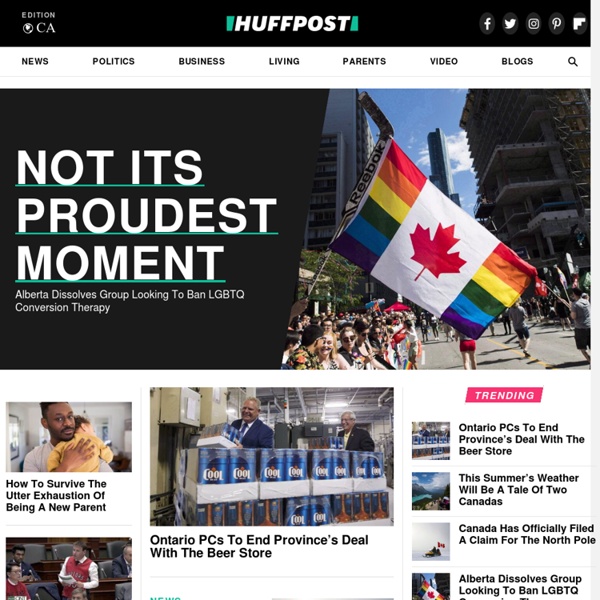 Kurt Budiarto Photography via Getty Images Your spouse is growing distant. You're terrified of losing your job. Your teenager is driving you insane. On the inside, you're falling apart. But from the outside, no one would ever know.

How I met Julian Assange and secured the American embassy cables Julian Assange. Photo: AFP GETTING to WikiLeaks's secret headquarters took quite some time and was not without complications. This year a careful reading of statements by the WikiLeaks co-founder, Julian Assange, led me to conclude his small organisation had landed what could be the biggest leak of classified information - a vast trove of US documents that, among other things, would provide deep insight into the realities of Australia's relationship with our most important ally, the US.

Why I Feel Bad for the Pepper-Spraying Policeman, Lt. John Pike - Alexis Madrigal - National A regular guy named John Pike has become the new face of evil among people following the Occupy protests around the country. The UC Davis police officer's matter-of-fact pepper spraying of seated, obviously peaceful students has provoked justifiable outrage. James Fallows summed up the situation with his usual precise moral compass. "This is what happens when authority is unaccountable and has lost any sense of human connection to a subject population," he wrote. "That's what I think here."

Berliner Morgenpost The Tree of Contemplative Practices The Tree illustrates some of the contemplative practices currently in use in secular organizational and academic settings. This is not intended to be a comprehensive list. Below the Tree you will find links to descriptions of many of these practices as well as a more in-depth description of the Tree and image files for downloading.

Wikileaks’ Julian Assange Arrested Well, there you have it: Julian Assange has been arrested in the UK. You knew this was coming, but it still speaks to the nature of our wonderful little system we have here that a man who had become the public face of an organization that passed along information that probably should never have been kept away from the citizens that information purports to serve was branded as some sort of chaotic evil malcontent hell-bent on, what, exactly? Causing destruction by exposing the truth? A nice lesson for the children out there: if you tell the truth, you will get nailed. Assange was arrested in the UK overnight, and he now faces extradition to Sweden stemming from a alleged sex crimes incident. But if I were Assange, I’d be far more concerned with what the US has in store for him, with Attorney General Eric Holder having authorized a “number of things to be done” to combat Wikileaks.

Open Letter to Chancellor Linda P.B. Katehi 18 November 2011 Open Letter to Chancellor Linda P.B. Katehi Linda P.B. Professional Education and Training - Mindfulness - UMass Medical School Oasis Institute began in 2001 as a school for a new generation of health care and other professionals interested in learning, from the inside out, how to integrate mindfulness, mindfulness-based stress reduction (MBSR), and other mindfulness-based approaches into disciplines and communities all over the world. While this is our primary focus, Oasis Institute has a more fundamental objective, which is to foster a direct, experiential understanding that inner experience, intuition, imagination, and non-conceptual awareness are as crucial and valid as objective, evidence-based knowledge to an understanding of the world. Oasis Institute is a rigorous forum for the development and integration of these mutually effective, interdependent approaches to knowing, caring, and serving. BECOMING AN MBSR TEACHER“Cultivating wisdom is the teacher’s path.

Julian Assange WikiLeaks – latest Julian Assange has agreed to meet police, lawyer says. Photograph: Carmen Valino for the Guardian 9.39pm: Julian Assange, the founder of WikiLeaks, is expected to appear in a UK court tomorrow after his lawyers said he would meet police to discuss a European extradition warrant from Sweden relating to alleged sexual assaults, Owen Bowcott reports. Assange is seeking supporters to put up surety and bail for him. He said he expected to have to post bail of between £100,000 and £200,000 and would require up to six people offering surety, or risked being held on remand. Once he turns himself into the police he will have to appear before a magistrates court within 24 hours, where he will seek release on bail.

Police Break Up ‘Occupy Cal’ Encampment At UC Berkeley Get Breaking News First Receive News, Politics, and Entertainment Headlines Each Morning. Sign Up BERKELEY (CBS / AP) — Police moved in to break up a demonstration at the University of California at Berkeley that started when anti-Wall Street protesters tried to establish an encampment on campus. Videos from outside the university’s main administration building Wednesday night showed officers in riot gear pulling people off the steps as the crowd chanted, “We are the 99 percent!”

WikiLeaks: Interpol issues wanted notice for Julian Assange The WikiLeaks founder, Julian Assange, is tonight facing growing legal problems around the world, with the US announcing that it was investigating whether he had violated its espionage laws. Assange's details were also added to Interpol's worldwide wanted list. Dated 30 November, the entry reads: "sex crimes" and says the warrant has been issued by the international public prosecution office in Gothenburg, Sweden. FuckAPD "We are a decentralized non-violent resistance movement, which seeks to restore the rule of law and fight back against the organized criminal class." ~ #A99 They did this >> So we did this >> The entire Index for highers up at ADP/alameda sherrif department in alphabetic order.